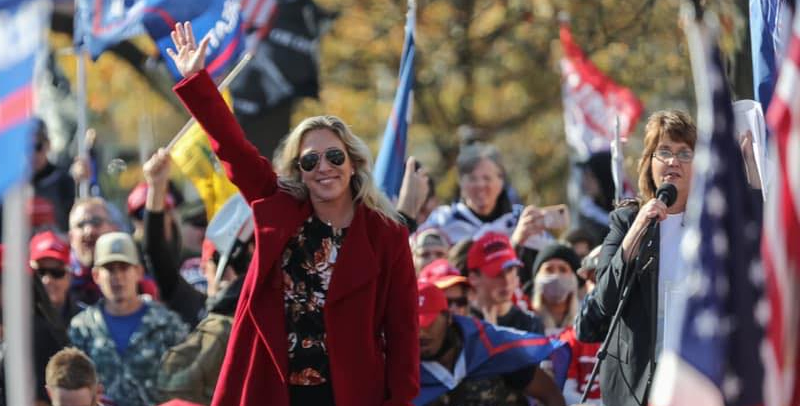 More than a week after the gestapo-like raid of President Trump’s home, the Democrat-controlled Justice Department has disclosed nothing to justify that unprecedented action against America’s leading presidential candidate. As a first step among many to come, Rep. Marjorie Taylor Greene (R-GA) filed Articles of Impeachment against Attorney General Merrick Garland, who admitted that he approved the raid.

Refusing to take questions after making a brief statement, Garland continues to stonewall demands for an explanation of his egregious violation of the constitutional rights and dignity of a prominent U.S. citizen. On Monday, under Garland’s supervision, the Justice Department filed a motion asking a court to continue suppressing the affidavit that was submitted to obtain the search warrant, and the court will hear this motion on Thursday.

Garland’s conduct is an affront to our democratic republic, and it improperly disrupts our upcoming elections in 2022 and 2024. His armed raid on the home of the leading presidential candidate while refusing to disclose the basis for it cannot stand.

For once, major news networks sided with Trump supporters in asking the magistrate judge, whose legal career includes defending the pilots and others associated with the disgraced Jeffrey Epstein, to unseal the affidavit. Judge Bruce Reinhart, whom Trump has sought to recuse from this case, has concealed the supporting affidavit filed to obtain the search warrant.

The Fourth Amendment to the Constitution prohibits raiding anyone’s home except “upon probable cause, supported by oath or affirmation, and particularly describing the place to be searched, and the persons or things to be seized.” With those immortal words the Founders put this essential safeguard into the Bill of Rights against the abuse of federal power that just victimized Trump.

Political persecutions hide behind secrecy, and transparency would help stop them. There was no justification for federal agents to demand that Mar-a-Lago staff turn off the surveillance cameras so that the agents could violate limits on the scope of the warrant without accountability.

Despite the deliberate intimidation caused by more than 30 armed agents ransacking Trump’s home, his skeleton summer staff courageously refused the agents’ improper demand to turn off the cameras. Yet there remains no accountability for how federal agents tried to hide their own misconduct from surveillance.

“This is an assault on a political opponent at a level never seen before in our Country,” Trump said on Truth Social about the raid. The following day Garland’s DOJ tracked down pro-Trump Rep. Scott Perry (R-PA) while he was on a family vacation, so that three armed agents could make a surprise grab of his cell phone in front of his young children.

A personal cell phone, like one’s home, contains much private and confidential information that government has no right to see, and Trump points out that the raid against him stole his confidential documents. Rep. Perry is not genuinely suspected of any wrongdoing, and neither is Trump with respect to documents he lawfully kept as president and had the right to declassify and take with him.

Every American should be frightened by this outrageous infringement on constitutional rights for political gain. It may be impossible to seat 12 jurors who are not themselves scared by these tactics by the Biden Administration, in a future criminal trial or grand jury deliberations against a Trump supporter or even Trump himself.

Frightening his political opponents, as Biden is doing, is a threat to the survival of our Republic. Other than Rep. Greene’s valiant effort to impeach Garland, little has yet been done to bring accountability to Democrats’ one-sided persecution of Trump supporters.

One reason for this unjustified federal raid may be to goad Georgia prosecutors into indicting Trump or his supporters, and on Monday they informed Rudy Giuliani that he is a target of their witch hunt. An Obama-appointed federal judge ordered Sen. Lindsey Graham (R-SC) to testify in Georgia before a grand jury assembled there in an effort to indict Trump supporters.

Graham vows to appeal the Obama judge’s impertinent demand, citing the constitutional provision that members of Congress “shall not be questioned in any other place” for their statements. Political issues are to be presented to American voters to resolve at the ballot box, not by hauling members of one political party before a state grand jury.

Representative government does not work when the party in power can terrorize its political rivals with surprise raids on their homes and intrusive demands to testify in one-sided investigations. The next Congress, convening in less than 5 months, must act quickly to rein in liberals’ unhinged persecutions of their political rivals.

What You Need to Know is the Qatar-Europe NGO scandal continues! These global schemes with millions of dollars flowing through non-government … END_OF_DOCUMENT_TOKEN_TO_BE_REPLACED

Proving once again that he is in touch with ordinary Americans, Donald Trump selected education for the first video message of his 2024 presidential … END_OF_DOCUMENT_TOKEN_TO_BE_REPLACED

Phyllis Schlafly Eagles · #WYNK: Trump's Record is Baked In | January 30, 2023 #ProAmericaReport The following is a transcript from the Pro … END_OF_DOCUMENT_TOKEN_TO_BE_REPLACED

What You Need to Know is Trump’s record is baked in. He’s already been torn apart every which way and his record stands with all the things you like … END_OF_DOCUMENT_TOKEN_TO_BE_REPLACED

Phyllis Schlafly Eagles · February 3 | "Woman" Is the Word of the Year The internet is a powerful tool that most of us use every day. … END_OF_DOCUMENT_TOKEN_TO_BE_REPLACED

What You Need to Know is Tucker is allowing the will of the people to be heard! When a huge block of Republicans and so-called conservatives are … END_OF_DOCUMENT_TOKEN_TO_BE_REPLACED