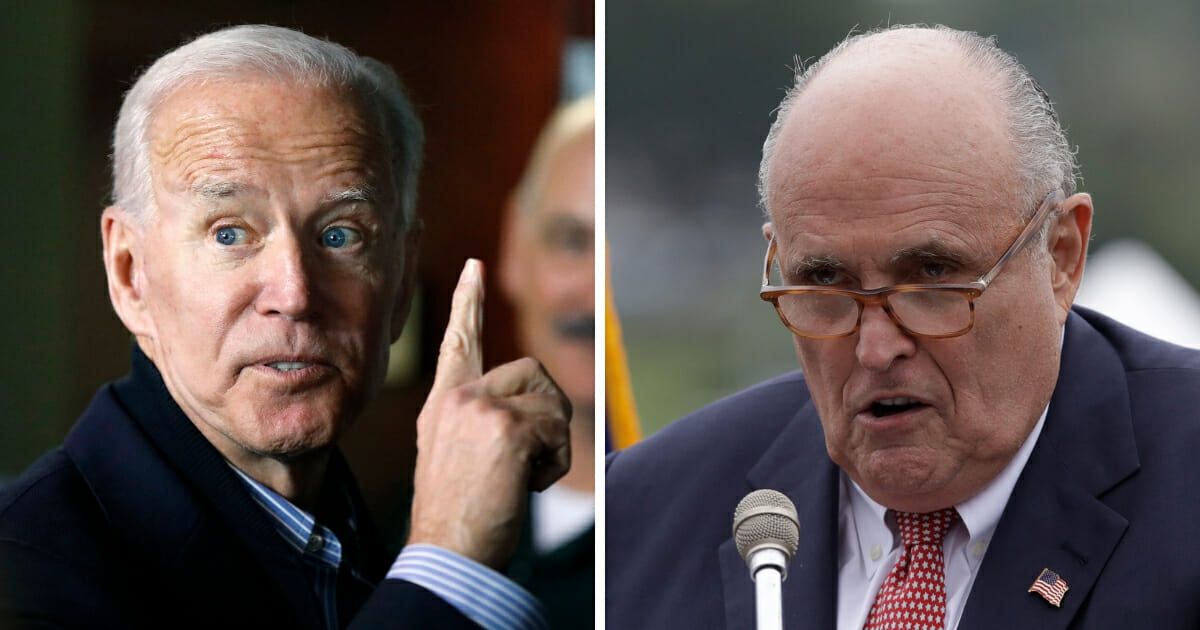 Joe Biden took liberal censorship a step too far by demanding that television networks refuse to allow Rudy Giuliani to speak in favor of Trump anymore.  Even the leftwing Daily Beast admits that “rarely, if ever, has one campaign made an affirmative demand that a top aide to a rival candidate no longer be given a platform.”

Giuliani tweeted in response, “Think of the Biden arrogance and entitlement to protection. They believe they own the media and they are demanding that they silence me.” Giuliani continued “They know I have incriminating facts, not hearsay, because they know what they did in selling Joe’s office to a Ukrainian crook.”

President Trump released the transcript of his phone call with the President of Ukraine, and yet Joe Biden continues to hide behind the concealment of transcripts of his conversations with Ukraine officials. There is great evidence to suggest Biden may have improperly intervened on behalf of his son Hunter on those calls. The Republican National Committee has called on Biden to release his call transcripts so the public can decide for itself how Biden misused his position of power for financial gain. Not surprisingly, there is no transparency by the Left while it demands answers by others.

Nothing can be done to stop the insatiable desire of a lynch mob, which is what House Democrats have become. Ironically, the biggest victim of their renewed witch hunt may be the only person thought to have a chance to defeat Trump next year. Joe Biden’s political fortunes are not looking so hot thanks to the mud that splatters backward onto him.  The fact that his campaign feels the need to censor Rudy Giuliani on television is a clear sign of desparation. They don’t want Giuliani to embarrass Biden even more with revelations about Biden’s misconduct in connection with Ukraine.

Giuliani is making up for all his prior missteps in fending off the same sharks who previously circled Trump for prior non-issues. Censorship of political opponents is not something Trump would ever do, but his Democratic rivals think censorship is the only way they can win.

What You Need to Know is how the Narrative Machine skewed the 2020 election. From Elon’s documents dumps, we now have concrete information that the … END_OF_DOCUMENT_TOKEN_TO_BE_REPLACED

What You Need to Know is how lame the Lame Duck session is. For all of November and December, there are several dangerous public officer holders who … END_OF_DOCUMENT_TOKEN_TO_BE_REPLACED

The unjustified suppression of free speech on social media and the exploitation of rampant early voting ballots, have severely tainted the last two … END_OF_DOCUMENT_TOKEN_TO_BE_REPLACED

Phyllis Schlafly Eagles · December 9 | Are Supporters of America First Scrooges? It’s going to be a long, cold winter in the United States, but … END_OF_DOCUMENT_TOKEN_TO_BE_REPLACED