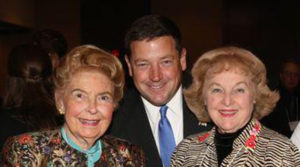 Ed Martin is the President of the Eagle Forum Education & Legal Defense Fund.

Ed was nominated by Phyllis Schlafly on January 31, 2015 to succeed her as the President of both Eagle Forum organizations. Phyllis Schlafly, whom the Board elevated to Chairman of the Board and CEO, said, “Ed Martin is uniquely qualified and prepared to carry on the essential educational and political leadership of Eagle Forum that has made it the premier organization of grassroots volunteers in the conservative movement. He is fully committed to all the values and principles that Eagle Forum has always espoused.”

Ed is a lawyer who holds advanced degrees in medical ethics and philosophy and was awarded post-graduate fellowships in Italy and in Indonesia. Ed has served as Chairman of the Missouri Republican Party and as a member of the Republican National Committee. He was chief of staff for Missouri Governor Matt Blunt, where he helped Missouri to pass pro-life and school-choice legislation. Having run for office, Ed is well versed in political strategy and tactics, how candidates win and lose, and how legislation is passed and defeated.

In 2016, Ed coauthored with Phyllis Schlafly and Brett Decker the New York Times bestseller The Conservative Case for Trump. He is also a frequent consultant on various media outlets.

Ed and his wife Carol, a physician specializing in geriatric internal medicine, have two sons and two daughters. 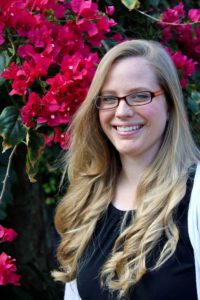 In 2016, Rebekah had the opportunity to attend the Republican National Convention with Phyllis and played a key role in planning and hosting Phyllis’s Life of the Party event.

During her school studies, Rebekah participated in various political internships, including the Eagle Forum Education & Legal Defense Fund, as well as volunteered on campaigns and at a pregnancy center.

Prior to her work at EFELDF, Rebekah served as a Residence Director at an inner city Baltimore home helping women who were homeless and pregnant as well as at a home caring for disabled individuals.

Rebekah is a native of Wisconsin. 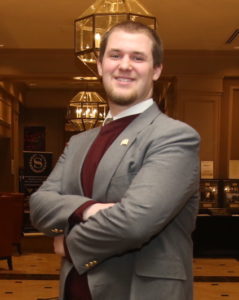 Jordan Henry is the Director of Research for Phyllis Schlafly Eagles. He was hired to work full-time in 2017 after honing his writing skills under Phyllis’s direct editorial oversight for two summers. From 2015 until taking his present full-time position, he worked at Phyllis’s request as a freelance contributing writer for her three-minute daily radio commentaries. In 2016, he was able to attend the Republican National Convention as an aid to Phyllis.

As the Director of Research, Jordan is responsible for promoting the conservative values Phyllis Schlafly championed for seven decades. He heads an ever-changing array of research projects studying Phyllis’s life and works. He serves a lead role in coordinating events such as Phyllis Schlafly Eagles’s annual Eagle Council. He also continues to write for the Phyllis Schlafly Report Radio Commentaries every month.

Jordan is a graduate of Pensacola Christian College. He and his wife Edith live in High Ridge, Missouri. 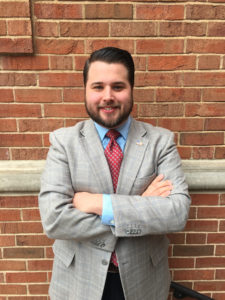 Ryan Hite is the Director of Communications for Phyllis Schlafly Eagles.  He was hired by Phyllis Schlafly in 2013 and worked closely with her for several years.  He served as a research assistant and copy editor on her final three books, a personal assistant on her writing projects and publications, and as a writer and editor for her three-minute daily radio commentaries.  Ryan attended the Republican National Convention in 2016 with Phyllis and assisted in running her media and ground operations from her temporary Cleveland headquarters.  Ryan fulfills roles for the organization in press, writing, digital content, and strategy and outreach.

Prior to Phyllis Schlafly Eagles, Ryan spent several years in management, communications, and press for political campaigns.  He also worked with small businesses on marketing and promotions strategy. Ryan worked throughout his high school and college years as an intern and staffer for various campaigns and issue-based organizations.  His passion for politics and culture began with his involvement in Phyllis’s Teen Eagle program in Saint Louis, where we he came to know and love Phyllis Schlafly and her Eagle network.

Ryan is a graduate of Thomas Edison State University. He is a Saint Louis, Missouri native where he resides with his wife and children. 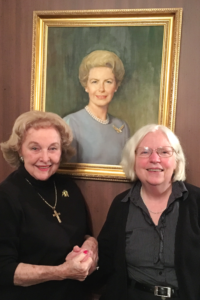 Gwen Kelley’s life was happily altered when she was handed Phyllis Schlafly’s book, Child Abuse in the Classroom. The information Phyllis published was a prime motivator for her and her husband Leo to homeschool their three children from kindergarten through high school.  They are now young adults who are avid readers and thinkers.

Gwen therefore was very happy when she was hired by Phyllis Schlafly to work for the Eagle Forum Education & Legal Defense Fund in 2001 as the librarian of the archives.  Gwen has worked on digitizing the thousands of videos and audiocassettes and processing the important Equal Rights Amendment series of papers as well as much of the valuable Rosalind Kress Haley Archives papers. Phyllis, true to her philosophy, let Gwen adjust her hours through the years in order to homeschool. Gwen maintains the library, prepares all the current publications from Phyllis Schlafly Eagles for the archives, and researches Phyllis’s work for many projects. She also contributes to social media.

Deb Pentecost has been the archivist for the Eagle Forum Education & Legal Defense Fund Archives and the Rosalind Kress Haley Library and Archives since she was hired by Phyllis Schlafly in 2004. Deb enjoys going through the archives’ wealth of information and discovering new valuable resources every day.

As the chief caretaker of the archives, Deb also coordinates with researchers who come from around the globe to study the life and legacy of Phyllis Schlafly. The researchers are composed primarily of high school students, college students and faculty, authors, and documentary film makers.

Deb is proud to be a part of preserving the life and legacy of Phyllis Schlafly through the Eagle Forum Education & Legal Defense Fund.