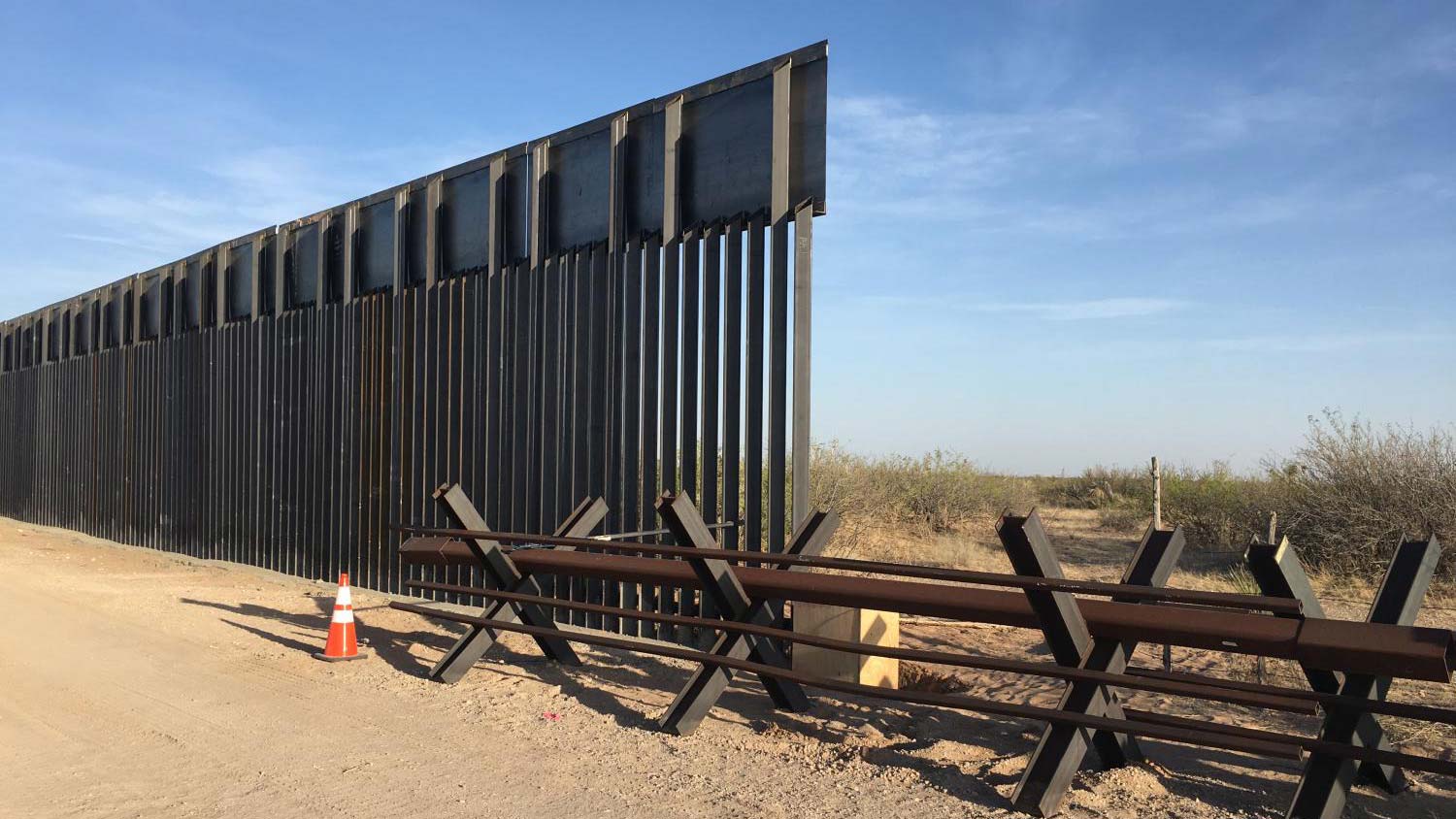 There is no moral high ground in opposing the border security wall sought by President Trump to protect Americans. Yet that is the script which Democrats use to stonewall our President to prevent him from building the Wall Americans want and need.

“No, no, nothing for the wall,” Nancy Pelosi said in her first TV interview after accepting the gavel as the new Speaker of the House last week. “That sends the wrong message about who we are as a country.”

Pelosi’s San Francisco colleague Gavin Newsom, newly sworn in as governor of California, stunned many by promising to provide “sanctuary to all who seek it.” He declared that under his leadership California would become “the first state in the nation to cover young undocumented adults through a state Medicaid program.”

Have you noticed how often liberal Democrats claim they represent “who we are” and that anything President Trump supports is “not who we are”? The same phrase was a verbal tic of Barack Obama, who used it at least 46 times during his first 7 years as President, according to a video montage collected on the internet. 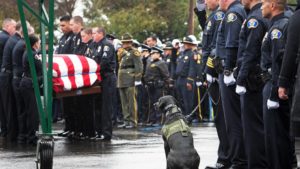 Ronil Singh, a police corporal in nearby Newman, California, had been shot to death at 1 a.m. on December 26 by an illegal alien from Mexico.

A different viewpoint about “who we are as a nation” was given by Rajnil Singh at the tragic funeral of his brother, Ronil, at the CrossPoint Community Church in Modesto, California. Ronil Singh, a police corporal in nearby Newman, California, had been shot to death at 1 a.m. on December 26 by an illegal alien from Mexico.

“We both view serving our country and communities through law enforcement as important to who we are,” a grieving Rajnil said to the 4,000 mourners, who included 2,000 uniformed officers from more than 100 agencies in California and other states. “It is our way of giving back to a country that has embraced us and our families.”

Growing up in Fiji, a small island nation in the South Pacific, the Singh brothers watched the American TV show COPS, and Ronil decided he wanted to become one. After immigrating legally to California in 2003, Ronil studied criminal justice at the local community college in Modesto before landing his dream job with the Newman Police Department.

After tweeting a picture of himself in front of his Christmas tree at home with his wife, their 5-month old son, and his police dog Sam, Cpl. Singh volunteered to patrol the empty streets of Newman on the normally quiet evening of December 25. Just after midnight, during a routine traffic stop of a driver who appeared to be intoxicated, Cpl. Singh was shot multiple times by the driver who then sped off in his unlicensed pickup truck.

Murder and mayhem by illegal aliens is rampant but rarely makes national news anymore, even when the victim is a uniformed officer on duty. What makes this case especially heinous is how the murderer was protected by a network of other illegal aliens who helped him elude capture and try to make a run for the border.

After 55 hours on the run from the law with the assistance of at least 7 other illegal aliens, the suspect using the alias Gustavo Perez Arriaga was arrested December 28 in Bakersfield, which is 200 miles away and nearly halfway to the Mexican border. The 7 other Mexicans have been charged with being an accessory after the fact, aiding and abetting, harboring and shielding from detection, and similar offenses.

One of Gustavo’s accomplices provided him with changes of clothing; another helped conceal his vehicle and drove him to multiple locations to hide; another provided shelter; another drove him to a store to buy a prepaid cell phone. Yet another accomplice disposed of the murder weapon, a 9mm pistol that had been reported stolen in another state, in a trash bin.

An additional accomplice accepted a wire transfer of $500 from an unknown source and used the money for a human trafficker to transport the murderer back to Mexico. Police determined that it was the same human trafficker who had brought the killer across the border illegally in the first place several years ago.

California brags it is a sanctuary state, and this is what sanctuary means: a place where an illegal alien can kill a cop and then disappear into a vast community of other illegal aliens willing to defy our laws in order to protect their fellow aliens from justice.

Nancy Pelosi was right: a wall does send a message. The message is that this is our country, and we have the right to close our doors to unwanted visitors, and decide who we will allow to enter.

What You Need To Know about the 2 vaccine mandates. Andrea Kaye, guest host of the #ProAmericaReport, explains how SCOTUS is adding another day to … END_OF_DOCUMENT_TOKEN_TO_BE_REPLACED

What You Need To Know is January 6th has been politicized. Andrea Kaye, guest host of the #ProAmericaReport, talks about January 6th as we go into the … END_OF_DOCUMENT_TOKEN_TO_BE_REPLACED

What You Need to Know about the Drums of War. The drums of war are being pounded by media and Biden - don't fall for it! More and more American … END_OF_DOCUMENT_TOKEN_TO_BE_REPLACED

“Why are we allowing someone that makes $500,000 to get a discount on an electric vehicle? That doesn’t make any sense to me at all,” Sen. Joe Manchin … END_OF_DOCUMENT_TOKEN_TO_BE_REPLACED

The term “sanctuary city” is one of those dishonest terms the Left uses to make their bad policies sound better. Think about the Affordable Care Act. … END_OF_DOCUMENT_TOKEN_TO_BE_REPLACED

Sanctuary cities are a big problem for the rule of law, but we have a man in office who’s doing something about it. President Trump’s effective … END_OF_DOCUMENT_TOKEN_TO_BE_REPLACED

What You Need To Know is the history of the covid narrative. Andrea Kaye, guest host of the #ProAmericaReport, gives a list of the narrative that the … END_OF_DOCUMENT_TOKEN_TO_BE_REPLACED

What You Need To Know is it’s not the Federal Government's job to control your health! Guest Host Andrea Kaye says it’s your right to control your own … END_OF_DOCUMENT_TOKEN_TO_BE_REPLACED 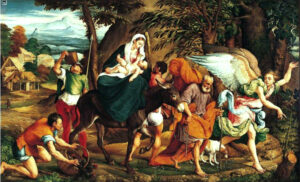 Phyllis Schlafly Eagles · December 17 | Was Jesus A Refugee? For the past two Christmas seasons, the internet has been rife with images of nativity … END_OF_DOCUMENT_TOKEN_TO_BE_REPLACED

If the education establishment wants to know why public schools don't get much respect from our citizenry, they need look no further … END_OF_DOCUMENT_TOKEN_TO_BE_REPLACED

Robert Strange McNamara belongs on the daytime soap operas. Better yet, his histrionics belong on Donahue or Geraldo or Sally Jesse Raphael. We are … END_OF_DOCUMENT_TOKEN_TO_BE_REPLACED

What You Need to Know is Biden is not really President! Joe Biden isn’t acting like a President, he acts like he’s still a Senator, not leading just … END_OF_DOCUMENT_TOKEN_TO_BE_REPLACED