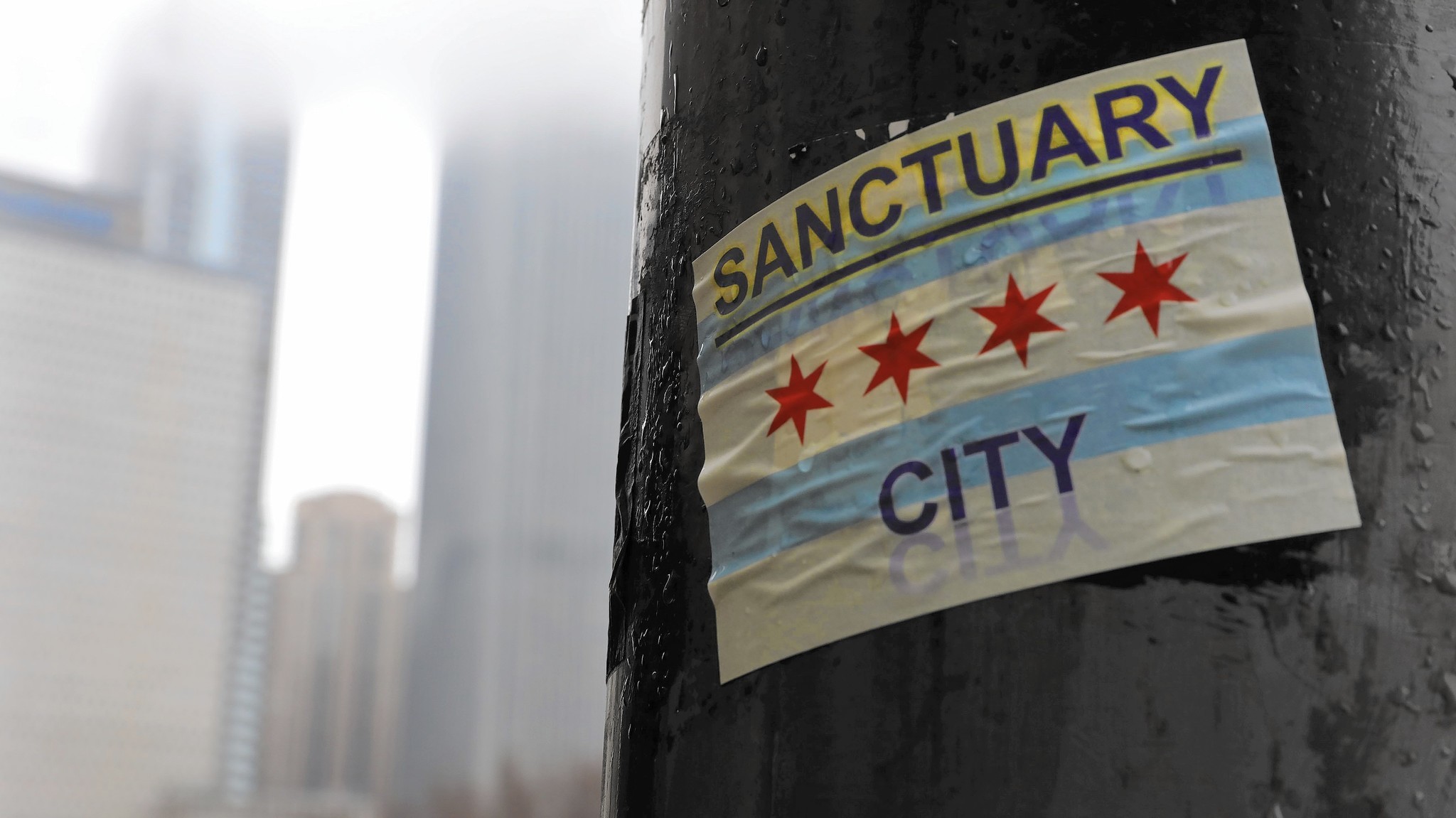 The term “sanctuary city” is one of those dishonest terms the Left uses to make their bad policies sound better. Think about the Affordable Care Act. It wasn’t affordable and it didn’t provide care. Think about the Every Student Succeeds Act. It did nothing to actually bring students success. Likewise, sanctuary cities are no sanctuary for law-abiding citizens. They are a magnet for illegal alien criminals who have no business being here in the first place

That’s why I’m so thankful we have a president who will fight to protect American citizens. In a speech to the International Association of Chiefs of Police in Chicago, he bolded proclaimed that “The most dangerous and shameful attacks on the rule of law come from and in the form of sanctuary cities.” Applause then erupted when Trump said that criminal aliens should be turned over to federal immigration authorities and sent home.

Sanctuary cities interfere with that process by ordering local law enforcement not to comply with federal laws against illegal immigration. Illegal aliens are protected in sanctuary cities against being asked about their lack of citizenship, and if arrested for a crime they are not handed to federal officials for deportation.

Only Congress and the President can define who is here lawfully.  The federal government must be able to remove those who are here illegally. I’m as big a proponent for states’ rights as anyone, but immigration simply isn’t something states can control. It’s a national security issue. This would be a clear-cut issue if it weren’t for the fact that Democrats don’t want to see criminal illegal aliens as criminals. They would rather see them as a pool of potential voters. Those who enter our nation illegally are significantly more likely to vote Democrat than those who are native-born Americans. That’s the same reason Democrats want to give voting rights to convicted felons.

Conservatives should totally reject these dangerous Democrat voter drives. Trump is right to take on sanctuary cities. He sees the importance of restoring the rule of law to our communities. Sanctuary cities offer a haven to dangerous criminals, and there’s nothing good for America in that.

What You Need to Know is thank Trump for the end of Roe v. Wade. As great as the March for Life was last week and excited as my family was to … END_OF_DOCUMENT_TOKEN_TO_BE_REPLACED

What You Need to Know is Joe Biden’s ego will be his undoing. He should drop executive privilege and get this classified documents investigation over … END_OF_DOCUMENT_TOKEN_TO_BE_REPLACED

The term “sanctuary city” is one of those dishonest terms the Left uses to make their bad policies sound better. Think about the Affordable Care Act. … END_OF_DOCUMENT_TOKEN_TO_BE_REPLACED

Phyllis Schlafly Eagles · #WYNK: Political Hit Jobs Against Lawyers | January 18, 2022 #ProAmericaReport The following is a transcript from the Pro … END_OF_DOCUMENT_TOKEN_TO_BE_REPLACED