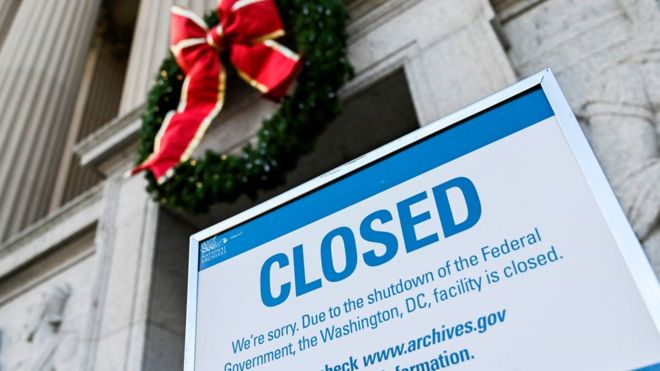 Government shutdowns are supposed to favor Democrats, according to conventional wisdom.  All they need do, pundits pompously declare, is wait patiently until the Republican President caves into their demands.

That is the mindset that brought us the current shutdown.  Senate Democrats dug in and refused to approve the modest $5.7 billion in funding for the border wall as approved by the House of Representatives.

This leaves Democrats in a quandary they did not expect.  President Trump, unlike past Republican presidents, may stand his ground and refuse to buckle.

The shutdown disarms the Democrats of their most powerful weapon against Trump:  investigations by the House of Representatives, soon to be controlled by Speaker Nancy Pelosi.  With committee majorities starting in 2019, Democrats could serve subpoenas on anyone they choose, from Trump’s children to his biggest supporters.

Pelosi is lawyering-up with attorneys who want to impeach the president.  Fourteen of the nation’s most aggressive and partisan lawyers are already working for Robert Mueller, but there is no shortage of liberal hacks anxious to take on the assignment of trying to bring down a conservative president.

The House Democrats plan to launch many investigations and hold numerous committee hearings against conservatives other than Trump.  If someone turns on the lights, heats the buildings, pays the congressional staff, and serves the subpoenas, that is.

The shutdown postpones some of these bad things from happening.  Liberals are not interested in working for free in a cold building, and investigations go nowhere if subpoenas cannot be enforced.

As Trump enjoys a rock-solid base of support, he is probably asking himself why he would want to fund Pelosi and the House Democrats to harass him, his family, and his supporters.  The spectacle of Pelosi not having funds to accomplish her political mischief should be appealing to the president and all conservatives.

There has already been enough wasteful distraction caused by the funding of Robert Mueller and his search for non-existent crimes.  The shutdown prevents a multiplication of that in the House.

The shutdown may even cause unexpected problems for the Mueller investigation itself, despite official denials.  The Department of Justice insists that the Mueller probe will be unaffected by the shutdown, but reports are that President Trump thinks otherwise and he may well be right.

Federal district courts around the country are warning attorneys that court funding could run out by mid-January, which would place federal litigation on hold.  Several federal courts have already suspended their pending cases involving the United States.

Acting Attorney General Matthew Whitaker will need to prioritize the urgent cases in the Department of Justice as resources dwindle and dry up in courthouses and in his department.  It is difficult to see how Mueller’s searching for imaginary crimes would rank as more important than processing drug kingpins.

Mueller depends on support by the Department of Justice for serving subpoenas, bringing people into custody, and making court appearances.  Whitaker could politely decline that support of Mueller due to the shutdown, as there is no reason why Mueller should get special treatment over other investigations.

Mueller has already run aground in his effort to hold a foreign corporation in contempt.  Chief Justice John Roberts intervened in that potential abuse of power by Mueller, and has set a briefing scheduling before allowing Mueller to move forward on that front.

But heat and light will be needed at the federal courthouses to resolve that and other pending issues in the Mueller investigation.  Staff may not show up unless paid, and Chief Justice Roberts will not be assuming the role of the clerk to accept newly filed briefs.

The Constitution may require keeping the lights on at the Supreme Court, although it is unclear who could enforce this if bills are not paid.  The Constitution does not require continued funding for all other federal courts, which exist entirely at the discretion of Congress.

The Environmental Protection Agency (EPA), which has long been a liberal hangout to interfere with job creation, suffered the same fate that its regulations have caused to many businesses.  Last week the EPA furloughed 13,705 employees, telling them to stay home without pay.

That means a slowdown in EPA regulations and enforcement actions, which is good for the economy.  It is a temporary hardship on the EPA employees, but far more employees of businesses hurt by EPA regulations have permanently lost their jobs because of it.

So what is the hurry for ending the shutdown?  Stand strong, Mr. President, and watch the Democrats beat a path to your door to end the shutdown, on your terms.

What You Need to Know is to read Gen. Mike Flynn’s statement “America First: Election Integrity and Get Involved.” We must get to the bottom of … END_OF_DOCUMENT_TOKEN_TO_BE_REPLACED

What You Need to Know is the Narrative Machine isn’t going to stop! Trump is speaking at CPAC next week but the question is, will anyone be able to … END_OF_DOCUMENT_TOKEN_TO_BE_REPLACED

What You Need to Know is Trump achieved two things at CPAC: 1) He solidified his leadership of the Republican Party and said that he will not support … END_OF_DOCUMENT_TOKEN_TO_BE_REPLACED

The raging battle for the soul of the Republican Party unfolds in the upcoming impeachment trial in the Senate. On one side are Trump’s America First … END_OF_DOCUMENT_TOKEN_TO_BE_REPLACED

What You Need to Know is the silencing continues. Jim Hoft, founder of TheGateWayPundit.com, has been silenced by Twitter. He’s … END_OF_DOCUMENT_TOKEN_TO_BE_REPLACED

After 40 days offstage, Donald Trump returned to the national spotlight on Sunday, and not a moment too soon. His rip-roaring, 90-minute address to … END_OF_DOCUMENT_TOKEN_TO_BE_REPLACED