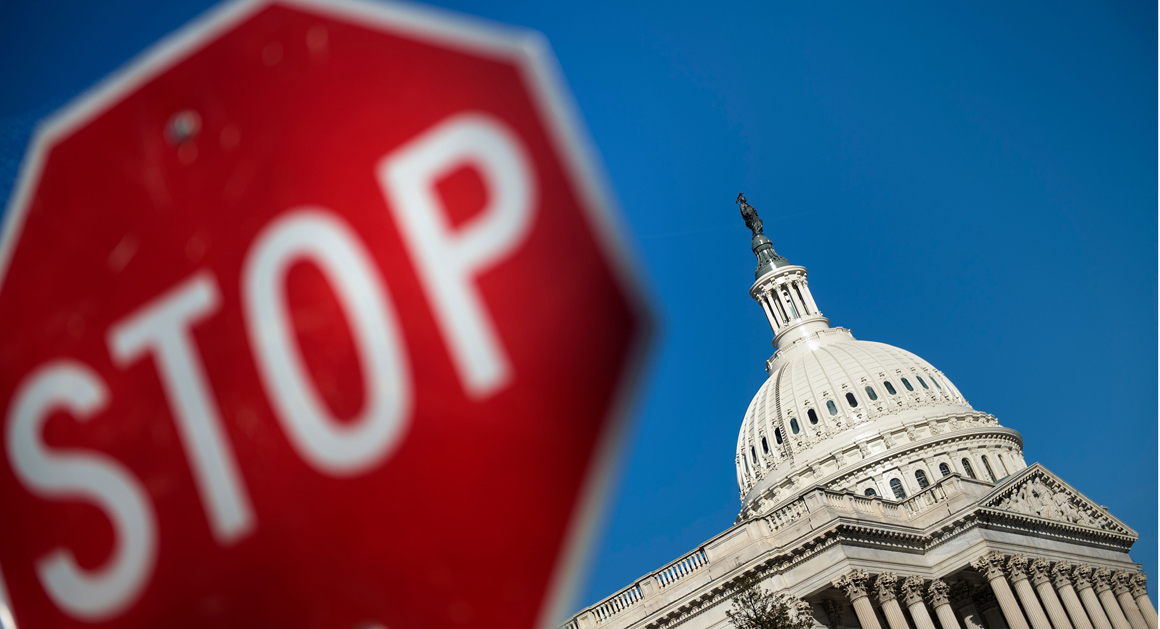 President Trump proved the pundits to be wrong, once again, with his breakthrough victory against the shutdown. Nearly all political experts pompously declared that Republicans cannot win in a shutdown, and yet Trump did exactly that.

Margaret Thatcher, the late British Prime Minister who was Ronald Reagan’s ally throughout Reagan’s two terms as our president, explained how she achieved her improbable success as Britain’s longest-serving prime minister. Her pithy reply: “First you win the argument, then you win the vote.”

Thatcher’s motto explains how President Trump was able to win the shutdown showdown with Democrats: first, he won the argument. Democrats, led by Chuck Schumer, turned the lights back on when they realized they were losing the argument with the American people.

In order to win the debate, though, Trump first had to frame the debate, which he did brilliantly on Twitter: “Democrats are far more concerned with Illegal Immigrants than they are with our great Military or Safety at our dangerous Southern Border.”

Meanwhile, the New York Times reported that Senator Schumer’s decision to end the government shutdown “enraged liberals, who accused the lawmakers of betrayal and threatened to mount primaries against some of the Democrats who voted yes. They accused Schumer of capitulating to protect senators up for re-election in November in Republican-leaning states.”

“It’s hard to overstate how disgusted many progressive leaders are,” a Times columnist observed. Trump thus not only emerged victorious, he cut off the Democratic leadership from their own base which they will need for the upcoming midterm elections.

Senate Majority Leader Mitch McConnell’s promise to hold a future vote on DACA was merely a fig leaf for Democrats, since a promise to vote on something unspecified is as meaningless as a promise to merely consider agreeing to something unknown.

Representative Luis V. Gutiérrez (D-IL), one of the Democrats’ chief advocates of amnesty for illegal immigrants, bitterly observed: “It’s the one word they know in Spanish: mañana.” That word literally translates as “tomorrow,” but it really means “some day, maybe never.”

President Trump has already properly rejected the so-called bipartisan bill floated by never-Trumpers Jeff Flake and Lindsey Graham, because it utterly fails to include three essential conditions of any immigration compromise: ending chain migration, eliminating the visa lottery, and building a border wall. That bill not only snuck in millions of additional Dreamers, it even protected their parents who brought them in illegally.

President Trump had been willing to extend DACA in exchange for new border controls, but USA Today reported that “There are 3.6M ‘DREAMers’ — a number far greater than commonly known” (and far greater than the 690,000 DACA recipients). “A number so large raises the stakes for both sides.”

Not only did Trump win the first-ever clear victory for Republicans on a shutdown, he won it with the equivalent of a first-round knockout. Democrats are bewildered by the drumming they just received, and how they had to capitulate to avert a disaster for their party.

Trump defined the issue and stuck with it, astutely declining to discuss DACA with Democrats until the government is reopened. In so doing, he taught his fellow Republicans a great deal about how to negotiate with the Democrats in the future.

Trump showed how he is not a Republican like the first President George Bush, who declared “Read My Lips” in promising not to raise taxes, and then famously broke his pledge as soon as Democrats pressured him on the issue. Trump is not like Republican leaders in Congress, either, many of whom have been trying to appease liberals on DACA and other issues.

The benefits of President Trump's forceful leadership on the shutdown extend far beyond immigration. President Trump has finally ended the stranglehold that liberals have had over Republicans, by holding the government hostage to a shutdown unless the GOP caves in.

Instead, it was the Democrats who completely caved in by ending the shutdown, and even the liberal media are admitting their ignominious defeat. Reasons are being floated as to why the Democrats lost this time when they are perceived to have always won on the shutdown issue in the past, but much of the post-game analysis misses the point.

The real cause of this massive political blunder by the Democrats can be summed up in merely four words: they underestimated Donald Trump. By now, this is not a mistake that political experts should still be making.

What You Need to Know is the Qatar-Europe NGO scandal continues! These global schemes with millions of dollars flowing through non-government … END_OF_DOCUMENT_TOKEN_TO_BE_REPLACED

What You Need to Know is thank Trump for the end of Roe v. Wade. As great as the March for Life was last week and excited as my family was to … END_OF_DOCUMENT_TOKEN_TO_BE_REPLACED

What You Need to Know is Joe Biden’s ego will be his undoing. He should drop executive privilege and get this classified documents investigation over … END_OF_DOCUMENT_TOKEN_TO_BE_REPLACED

Proving once again that he is in touch with ordinary Americans, Donald Trump selected education for the first video message of his 2024 presidential … END_OF_DOCUMENT_TOKEN_TO_BE_REPLACED

Phyllis Schlafly Eagles · #WYNK: Trump's Record is Baked In | January 30, 2023 #ProAmericaReport The following is a transcript from the Pro … END_OF_DOCUMENT_TOKEN_TO_BE_REPLACED

What You Need to Know is Trump’s record is baked in. He’s already been torn apart every which way and his record stands with all the things you like … END_OF_DOCUMENT_TOKEN_TO_BE_REPLACED

Phyllis Schlafly Eagles · February 3 | "Woman" Is the Word of the Year The internet is a powerful tool that most of us use every day. … END_OF_DOCUMENT_TOKEN_TO_BE_REPLACED

What You Need to Know is Tucker is allowing the will of the people to be heard! When a huge block of Republicans and so-called conservatives are … END_OF_DOCUMENT_TOKEN_TO_BE_REPLACED