After more than a year of looking for collusion and not finding any, Special Counsel Robert Mueller’s investigation should be winding down rather than winding up. 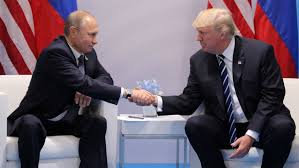 But in July, in a sorely transparent attempt to disrupt the Trump-Putin summit, Mueller indicted the equivalent of 12 more nothing burgers. Elusive hackers supposedly entered the Democratic National Committee’s computers when no one was looking and had no discernible impact on any election results.

Mueller wasn’t handed blank check to investigate thousands of hackers. He was authorized to investigate alleged collusion by the Trump campaign, of which there was no evidence. Tens of millions of wasted taxpayer dollars later, there is still no such evidence.

So far Mueller has indicted 25 Russian individuals and three Russian companies on charges that Mueller knows he will never have to prove in a court of law. At one hearing an attorney pointed out to the judge how one of the companies did not even exist at the time it was alleged to have done wrongdoing.

Senator Rand Paul stands with President Trump in repeatedly criticizing Mueller’s investigation as a “witch hunt,” pointing out that Trump’s alleged nefarious ties with Russia are a “hoax.” Senator Paul reinforced that it is a “waste of time.”

Meanwhile, Never-Trumpers came out of the woodwork once again to try to find fault with Trump. Nebraska Senator Ben Sasse, an ally of the Koch brothers, declared from the floor that “everyone in this body should be disgusted by what happened in Helsinki.” Sen. Sasse, himself, has an abysmal approval rating in the strongly conservative state of Nebraska, as Never-Trumper Sen. Jeff Flake has in Arizona.

Retiring congressman Trey Gowdy, a rising star until he opposed Trump, has apparently also fallen for Mueller’s indictment stunts. Gowdy absurdly suggested that Trump should ask Putin where the 25 Russian hackers can be picked up.

Gowdy has given Mueller more job security than anyone else in D.C., by implicitly inviting him to spend years indicting more nothing burgers. The American taxpayer will be stuck with the tab of tens of millions of dollars.

Phyllis Schlafly Eagles · #WYNK: How to Drain the Swamp in 2022 | May 13, 2022 #ProAmerica Welcome. Welcome, welcome!  Ed Martin here on the Pro … END_OF_DOCUMENT_TOKEN_TO_BE_REPLACED

What You Need to Know how to drain the swamp in 2022! Kathy Barnette is running for Senate in Pennsylvania, and her story is absolutely incredible. … END_OF_DOCUMENT_TOKEN_TO_BE_REPLACED

Phyllis Schlafly Eagles · May 9 | How To Remake A Political Party Remaking a political party is difficult, but essential now as the entrenchment of … END_OF_DOCUMENT_TOKEN_TO_BE_REPLACED

Phyllis Schlafly Eagles · #WYNK: Montpelier is going Woke | May 19, 2022 #ProAmericaReport The following is a transcript from the Pro America … END_OF_DOCUMENT_TOKEN_TO_BE_REPLACED

Phyllis Schlafly Eagles · May 19 | Boys and Girls and Grades? ** Previously recorded by Phyllis Schlafly // May 2015 ** Colleges claim they … END_OF_DOCUMENT_TOKEN_TO_BE_REPLACED