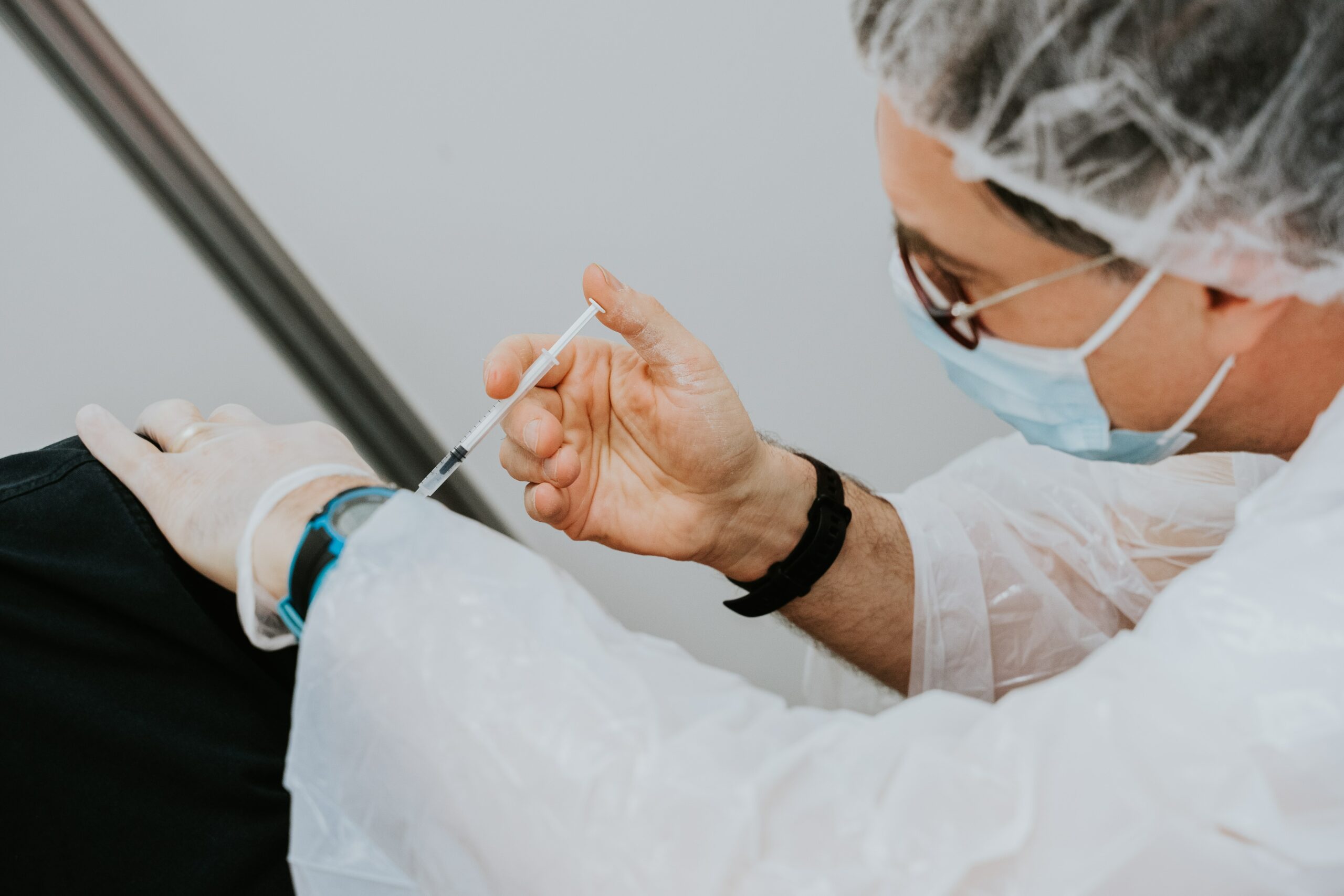 Senator Lindsey Graham (R-SC) spoke to Republican supporters on Saturday in his home state, but they turned against him when he repeated the talking points of vaccine tyrants. Thousands have lost their jobs and 16,000 have died soon after receiving the Covid vaccine, according to the official government VAERS database.

Sen. Graham, who supported Anthony Fauci and the CDC as they undermined Trump throughout 2020, suggested that everyone should think about getting vaccinated. Loud cries of “no” rained down upon him in response.

Graham retorted, “I didn’t tell you to get it, you ought to think about it.” He was then heckled again, as he and other politicians are doing nothing to protect the right to decline.

Some employees are being hit with a surcharge if their spouses decline this experimental vaccine. This injustice results because most Americans get health insurance through their employer, which puts their entire family’s health at the mercy of their company’s H.R. department.

For years Democrats demanded that insurance plans be forbidden to charge more for pre-existing conditions, saying it was unfair to force people to pay for their unhealthy lifestyles. Now liberals applaud when employers use costly insurance to punish people for merely having an unvaccinated spouse.

Courts have upheld these insurance mandates, and even allow hospitals to block patients from receiving a safe dose of prescribed ivermectin. Only about 500 out of America’s 1 million physicians courageously and consistently prescribe ivermectin or hydroxychloroquine as early treatment for Covid, despite easy over-the-counter access to these safe medications in poor countries.

Graham might as well have told his audience of patriots to “think about” submitting to a dictatorship. Fauci recently implied that unvaccinated Americans shouldn’t be allowed to celebrate Christmas with gatherings this year.

Graham repeated false talking points of the public health authorities, who simultaneously deny the health crisis at the open southern border. “Ninety-two percent of the people in hospitals in South Carolina are unvaccinated,” Graham began to say, until he was drowned out by loud cries of “no” and “not true.”

Distorting the data, some hospitals do not even test vaccinated patients for Covid. When a vaccinated person dies from Covid, it may not be reported as a Covid death.

Hospitals are beholden to unelected public health bureaucrats for funding. The quickest way for a hospital to lose profits is to report that vaccinated persons are dying, because retaliation would ensue.

We still don’t know the harm that the Covid vaccine causes in pregnancy, and stillbirths are occurring due to umbilical cord clots after their mothers received Covid vaccines. Knowledgeable health care workers are among those most resistant to receiving the vaccine, and the mandates make no exception for pregnant women.

For the second time in two months, the Supreme Court denied an application to review a mandate that infringes on the rights of thousands. Obama-appointed Justice Sonia Sotomayor just denied the application by New York City public school teachers to review the senseless mandate that they all be vaccinated or lose their jobs.

In 1905, the Supreme Court upheld a $5 fine against a minister who declined a city-mandated vaccine for smallpox. Many courts still cite that anachronistic decision even though, as Justice Oliver Wendell Holmes wrote in his cruel decision endorsing mandatory sterilization, “The principle that sustains compulsory vaccination is broad enough to cover cutting the Fallopian tubes.”

A measly $5 fine, even in 1905 pre-inflation dollars, is hardly the penalty of losing one’s job or being expelled from college. The smallpox vaccine was not experimental and unapproved as the Covid vaccine is today, which continues to be administered under an unusual Emergency Use Authorization.

Graham tried again with his crowd, asking them “how many of you have taken measles shots?” Outrage showered down on him again, with pointed shouts of “it’s not the same!”

The crowd was right; the measles vaccine was more thoroughly tested and has caused only a tiny fraction of the adverse reactions reported to VAERS on the Covid vaccine. Graham’s silly question would be like downplaying the opioid disaster by asking how many have had a glass of wine.

It is baffling that Graham and other Republicans do not realize how the Fauci mindset is transforming our nation into tyranny. Millions of voters are ready for candidates who promise to strip public health officials of their pompous authority, as Rep. Elise Stefanik (R-NY) demanded on Monday to fire Fauci.

Mass vaccination has not ended the pandemic, here or in Israel. Authorities always knew that 70 million or so Americans would never voluntarily submit to the experimental Covid vaccine.

But enemies of liberty seized on this opportunity to control Americans in ways unimaginable two years ago. Many of the 70 million vaccine resisters are swing voters, and their support could be enough to bring election victory to candidates who stand up for them.

What You Need to Know is Our Systems are Broken! With the recent gun-related tragedies, we see that restrictions aren’t enough. And gun control isn’t … END_OF_DOCUMENT_TOKEN_TO_BE_REPLACED

What You Need to Know is Pelosi is Wrong or Lying. The archbishop came out saying that Speaker Nancy Pelosi will be denied Holy Communion because of … END_OF_DOCUMENT_TOKEN_TO_BE_REPLACED

For Immediate Release: May 27, 2022Contact: Ryan Hite, Communications Director Pro-Life Americans Will Not Be Silenced By Pro-Abortion Scare … END_OF_DOCUMENT_TOKEN_TO_BE_REPLACED

Phyllis Schlafly Eagles · May 16 | The Trickle-Down Effect of Bad Policies Good news arrived in the district court of the District of Columbia, … END_OF_DOCUMENT_TOKEN_TO_BE_REPLACED

Phyllis Schlafly Eagles · May 5 | How Effective Is Social Justice Military Recruitment? As Covid subsides, the tyranny that exploited it continues. … END_OF_DOCUMENT_TOKEN_TO_BE_REPLACED

What You Need to Know about the politics of mask mandates! This week we saw the mask mandate lift on public transportation. Here are two headlines … END_OF_DOCUMENT_TOKEN_TO_BE_REPLACED

Phyllis Schlafly Eagles · May 27 | A Horror Story in Washington, D.C. A horror story unraveled in our nation’s capital that would leave any … END_OF_DOCUMENT_TOKEN_TO_BE_REPLACED