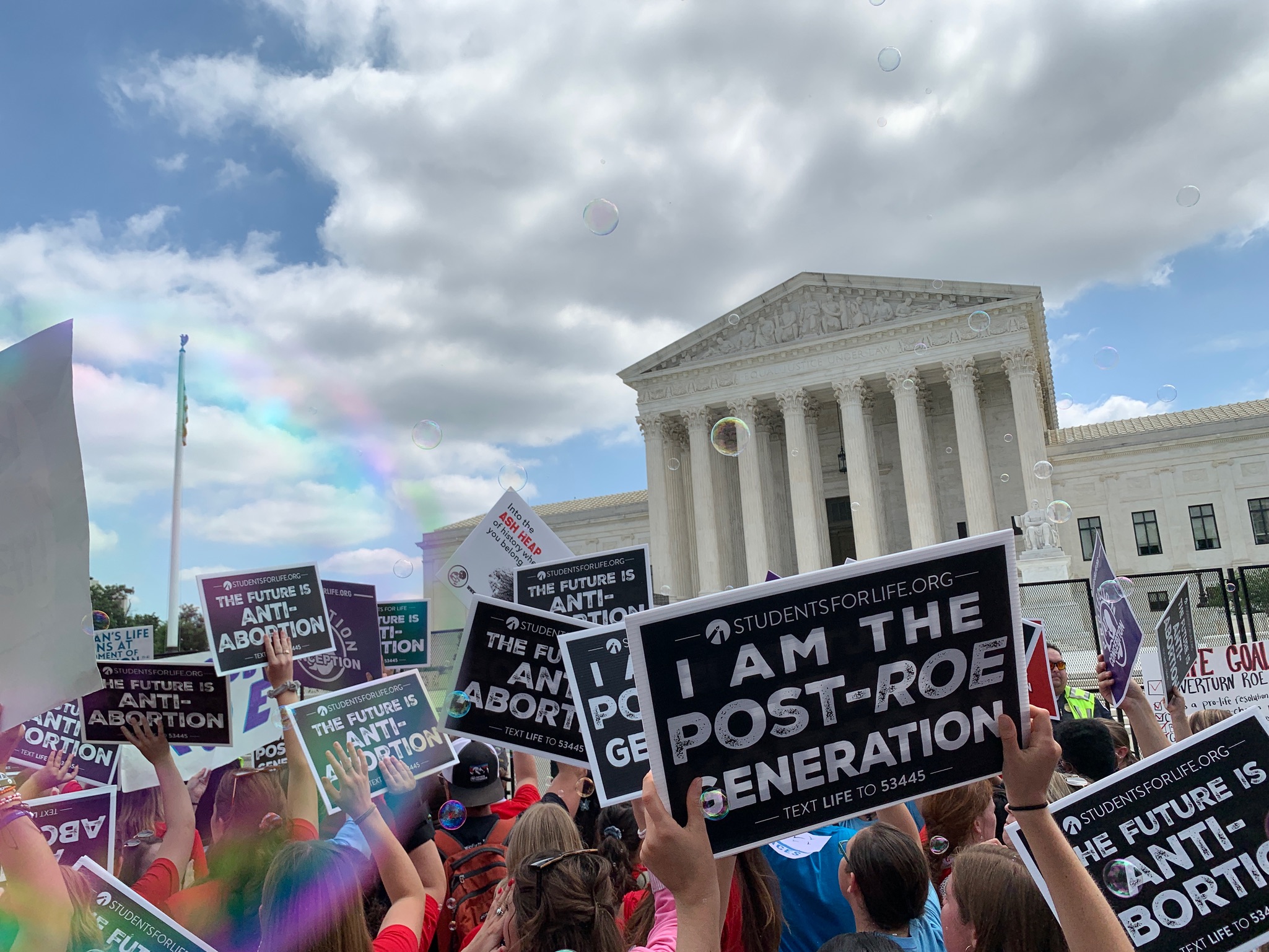 “I never like to take credit for anything,” Donald Trump told a hostile reporter last month. “God made the decision,” he added recently about the Supreme Court decision overturning Roe v. Wade.

Let’s give credit where it is due: Trump went 3-for-3 on his Supreme Court nominees on the pro-life issue, and Republican Never-Trumpers were wrong to oppose him. In less than six years Trump achieved the overturning of Roe that stymied Republicans for a half-century, a feat no other Republican president attained.

All three of Trump’s High Court nominees were needed for this 5-4 margin of victory in Dobbs v. Jackson Women’s Health Organization, to reverse Roe entirely. Justices Alito and Thomas deserve special gratitude for courageously leading their 3 new colleagues against the scourge of Roe that has long been the raison d’etre and sacred cow of the Left.

Many others, too numerous to list, deserve thanks for this spectacular triumph. Included in that list should be all who supported Trump in 2016 and all who support him now against retaliation by the Left.

Without Roe, liberals have no authority anymore for their campaigns that promote abortion. Without Roe, Democrat politicians no longer have a basis for continuing to loot taxpayers to fund abortion, which many Americans oppose.

Democrat politicians threaten political consequences over this decision, but none is likely now as may have occurred 30 years ago. Today Democrat politicians are heavily dependent on demographic groups that do not support abortion, and will not be more likely to vote for a candidate who advocates for it.

The media portrays a new War Among the States over this issue, but if so then it is a war that the pro-abortion states will lose by their declining population. Already red states gained many new congressional seats and electoral college votes in the latest census due to migration, and with pro-life laws going into effect their population growth will continue to outpace the blue states.

As the majority on the Court pointed out in its splendid decision, states were long allowed to prohibit abortion for most of our country’s history, including when the 14th Amendment was adopted. Most states did outlaw abortion, and the recent Court decision allows a return to pro-life laws that existed before Roe.

The Constitution contains nothing that supports abortion, the Court properly held. The Roe v. Wade decision was severely flawed in numerous ways that the Court picked apart.

Several states are already benefiting from a boost in carrying pregnancies to term and childbirth by prohibiting abortion. While the abortion industry has started filing lawsuits in state courts to block pro-life laws, states such as Alabama have constitutional provisions prohibiting any creation of a right to abortion.

This reversal of Roe creates an historic opportunity for conservatives to attract more young voters, who are increasingly pro-life. This is perhaps the only issue where young people are more conservative than their parents, and fan favorites such as Justin Bieber and Tim Tebow are outspokenly pro-life.

The only real argument by supporters of Roe v. Wade is to abide by how the Court had previously ruled, a doctrine known as “stare decisis,” but the conservative justices shredded that as inapplicable to a decision as unjustified as Roe was. Moreover, Phyllis Schlafly kept the Equal Rights Amendment out of the Constitution, so that could not help abortion although liberals filed last-ditch arguments to invoke the never-ratified amendment.

The Court correctly shut the door on the argument that abortion must be allowed in order for women to enjoy the equal protection of the laws. If a new Equal Rights Amendment attempts to create a right to abortion, then under this ruling it would have to do so explicitly, which would never pass.

The three Justices appointed by Trump referred to the “unborn” child more than a dozen times, while the Justices appointed by Clinton and Obama did not use that term even once in their long-winded dissent. The future belongs to the unborn, as the Court majority recognized and held in reversing Roe, and America will benefit from contributions by those not aborted.

Phyllis Schlafly Eagles · February 3 | "Woman" Is the Word of the Year The internet is a powerful tool that most of us use every day. … END_OF_DOCUMENT_TOKEN_TO_BE_REPLACED

Phyllis Schlafly Eagles · #WYNK: Pro-Life Movement Has to Adjust | January 19, 2023 #ProAmericaReport The following is a transcript from the Pro … END_OF_DOCUMENT_TOKEN_TO_BE_REPLACED

Phyllis Schlafly Eagles · #WYNK: Political Hit Jobs Against Lawyers | January 18, 2022 #ProAmericaReport The following is a transcript from the Pro … END_OF_DOCUMENT_TOKEN_TO_BE_REPLACED