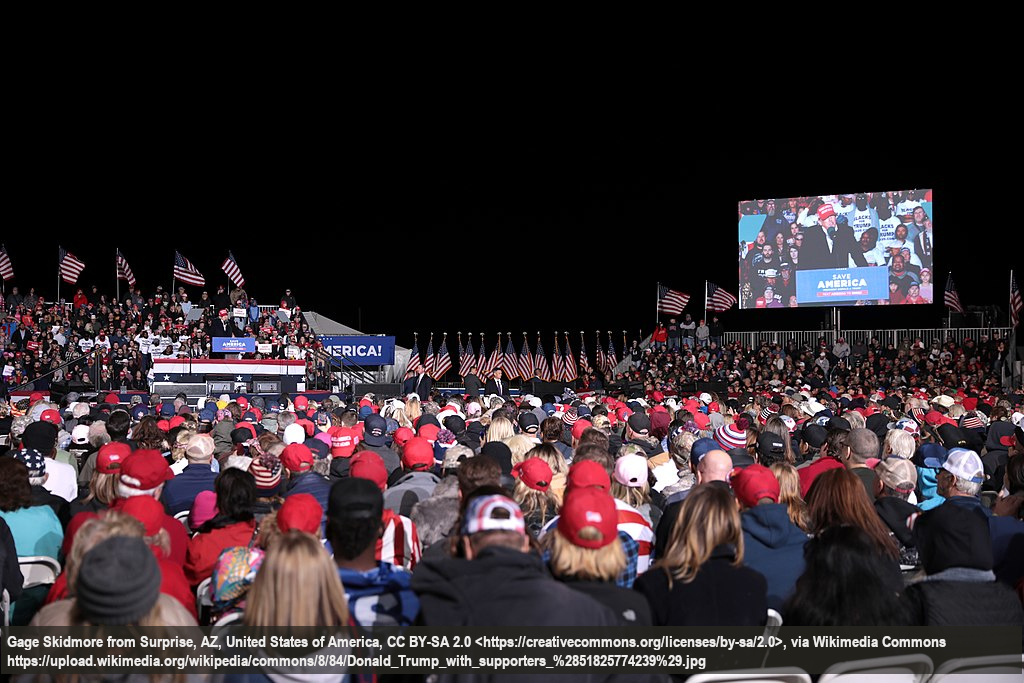 Trump’s prediction is likely to come true, and the Republican Party will never be the same. In addition to the departure of Never-Trumpers from Congress, members of the Administration who turned against Trump a year ago have likewise vanished from the political scene. Prominent among them is the cabinet secretary Elaine Chao, wife of Sen. Mitch McConnell (R-KY), who has disappeared from public view after lashing out against Trump while she herself was being investigated for misconduct. As Senator Lindsey Graham pointedly asked, “Can Senator McConnell effectively work with the leader of the Republican Party, Donald Trump?”

At Saturday’s spectacular rally in Arizona, Trump rattled off the conservative agenda that prioritizes election integrity, ending mask requirements for children, protecting freedom from vaccine mandates, holding China accountable for Covid, stopping the unfair invasion by men into women’s sports, protecting the unborn, nominating better judges, and helping our veterans. Trump praised the new breed of candidates whom he’s endorsed for office, and welcomed to the stage Kari Lake as the candidate for governor of Arizona. She declared that as governor she will build Trump’s southern wall to stop the flow of illegal aliens into our country through Arizona.

America does not need a Democrat takeover or a Republican takeover. Our nation needs a conservative takeover. As an unbroken procession of do-nothing Congresses has taught us, putting one party in office is not enough to see power restored to the people. The only way to drain the Swamp is to put real principled conservatives in office. Let’s take a hint from President Trump and demand real conservatism.

What You Need to Know is Democrats’ plan to slow down GOP investigations. David Brock (of Media Matters) released a memo detailing a group that will … END_OF_DOCUMENT_TOKEN_TO_BE_REPLACED

What You Need to Know is why Trump is not an echo of other candidates before him. Phyllis Schlafly famously first used that phrase — a choice, … END_OF_DOCUMENT_TOKEN_TO_BE_REPLACED

What You Need to Know is why Trump is not an echo of other candidates before him. Phyllis Schlafly famously first used that phrase — a choice, not an … END_OF_DOCUMENT_TOKEN_TO_BE_REPLACED

Elon Musk has 119 million followers on Twitter, the platform which he just bought for $44 billion. That’s more followers than Taylor Swift, whose … END_OF_DOCUMENT_TOKEN_TO_BE_REPLACED