Congress and a few state legislatures are holding staged hearings on the failed Equal Rights Amendment (ERA), a relic from the 1970s like disco music and long lines at gas stations.  Almost no one wants to return to that era, or to resurrect the long-buried ERA.

But a few dinosaurs never got over their defeat, and a few newbies do not understand why ERA lost.  The House Judiciary Committee held a one-sided hearing on Tuesday to reintroduce this amendment although it has no chance of garnering a 2/3rds supermajority in either house of Congress.

Apparently someone noticed that the original ERA lacked the word “women,” and would not have done anything for them.  Instead, as Phyllis Schlafly pointed out in defeating it, ERA would have harmed women in numerous ways, including requiring them to register for military service just like men.

This time around, the newly introduced ERA begins with a specific reference to women in addition to its original phrase “on account of sex.”  The new wording is silent about transgenders and sexual orientation, but pro-ERA witnesses at the House hearing declared that ERA’s language would protect them too. 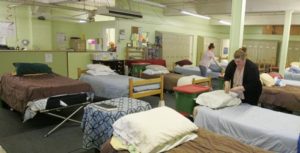 Women’s shelters, for example, would no longer be permissible under ERA any more than a shelter could be segregated by race.  Homeless men would have a constitutional right to stay in women’s shelters.

Americans are more aware today of the havoc that courts can cause with judicial activism, which Phyllis Schlafly called judicial supremacy.  ERA would authorize liberal judges to strike down any law or government program benefiting women or making reasonable, fact-based distinctions between the sexes.

Women’s shelters, for example, would no longer be permissible under ERA any more than a shelter could be segregated by race.  Homeless men would have a constitutional right to stay in women’s shelters.

Young men could demand a right to play in women’s sports, especially those in public colleges and high schools.  If girls’ swimming, basketball, field hockey, and other sports are open to boys, it would ruin the fair opportunity for girls to compete in athletics.

Some say the feminists have achieved much of their agenda without the Equal Rights Amendment.  After all, Hillary Clinton nearly became president, numerous women are running for president in 2020, and there is no shortage of women in Congress and corporate boardrooms.

But feminists are still not happy, because most women still prefer to care for their children even if that reduces their career opportunities.  Stay-at-home moms are respected today, and American women stay home in higher percentages than in comparable industrialized nations.

Phyllis Schlafly rightly saw ERA as a threat to young women who want to start a family with a husband as the primary breadwinner.  Phyllis’s unique message about the need to protect a woman’s right to make that choice first took root in 1975, after which only one state ratified ERA before its expiration. 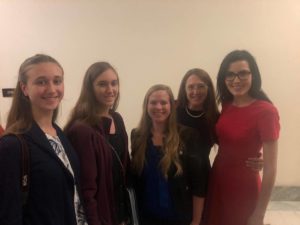 Without ERA, the Soviet-style practice of the average woman having multiple abortions so that she can return immediately to the workforce never transpired here.  We were spared another feminist goal, also borrowed from the old Soviet Union, of having children raised in government daycare centers at taxpayer expense.

Without ERA, we are still allowed to have all-girl public schools and classes, which studies show produce high-achieving women.  More than a thousand girls annually attend the Philadelphia High School for Girls, which has thrived since 1848 and has produced many women judges, prominent musicians, and other standouts.

None of this would be possible if ERA were ratified.  Nor would our all-male registration system for our military, from which women are excused, be lawful if ERA were part of our Constitution.

Sensing that a new ERA has no chance of being passed by a supermajority in Congress, radical feminists are also trying to push the original ERA through state legislatures even though its deadline expired more than 40 years ago.  The original ERA required 38 states to pass it by March 22, 1979, to become part of the Constitution.

Many states expressly relied on that deadline in their own resolutions, which means those old ratifications have expired.  Congress attempted to extend the deadline until June 30, 1982, but a federal judge declared that to be invalid.

Nearly every time that ERA was placed on the ballot, voters rejected it, including in the liberal states of Vermont, New York, and New Jersey.  ERA fell out of fashion in the mid-1970s, and is even less fashionable today.

Phyllis Schlafly Eagles · #WYNK: How to Drain the Swamp in 2022 | May 13, 2022 #ProAmerica Welcome. Welcome, welcome!  Ed Martin here on the Pro … END_OF_DOCUMENT_TOKEN_TO_BE_REPLACED

What You Need to Know how to drain the swamp in 2022! Kathy Barnette is running for Senate in Pennsylvania, and her story is absolutely incredible. … END_OF_DOCUMENT_TOKEN_TO_BE_REPLACED

Phyllis Schlafly Eagles · May 19 | Boys and Girls and Grades? ** Previously recorded by Phyllis Schlafly // May 2015 ** Colleges claim they … END_OF_DOCUMENT_TOKEN_TO_BE_REPLACED

What You Need to Know Feminists don’t what they are doing! They are about to make another marketing error by utilizing all the wrong imagery and … END_OF_DOCUMENT_TOKEN_TO_BE_REPLACED

Phyllis Schlafly Eagles · May 16 | The Trickle-Down Effect of Bad Policies Good news arrived in the district court of the District of Columbia, … END_OF_DOCUMENT_TOKEN_TO_BE_REPLACED

What You Need to Know is it’s all about money! Abortion is a big, big money industry, which is awful! Aren’t abortions supposed to be about the life … END_OF_DOCUMENT_TOKEN_TO_BE_REPLACED

What You Need to Know is that systems aren’t working in America. From homelessness, to immigration, to inflation — we have a set of problems that … END_OF_DOCUMENT_TOKEN_TO_BE_REPLACED

Phyllis Schlafly Eagles · #WYNK: Montpelier is going Woke | May 19, 2022 #ProAmericaReport The following is a transcript from the Pro America … END_OF_DOCUMENT_TOKEN_TO_BE_REPLACED

What You Need to Know is our election system is broken! It's failing and We the People have no confidence in the system. Pennsylvania has shown again … END_OF_DOCUMENT_TOKEN_TO_BE_REPLACED