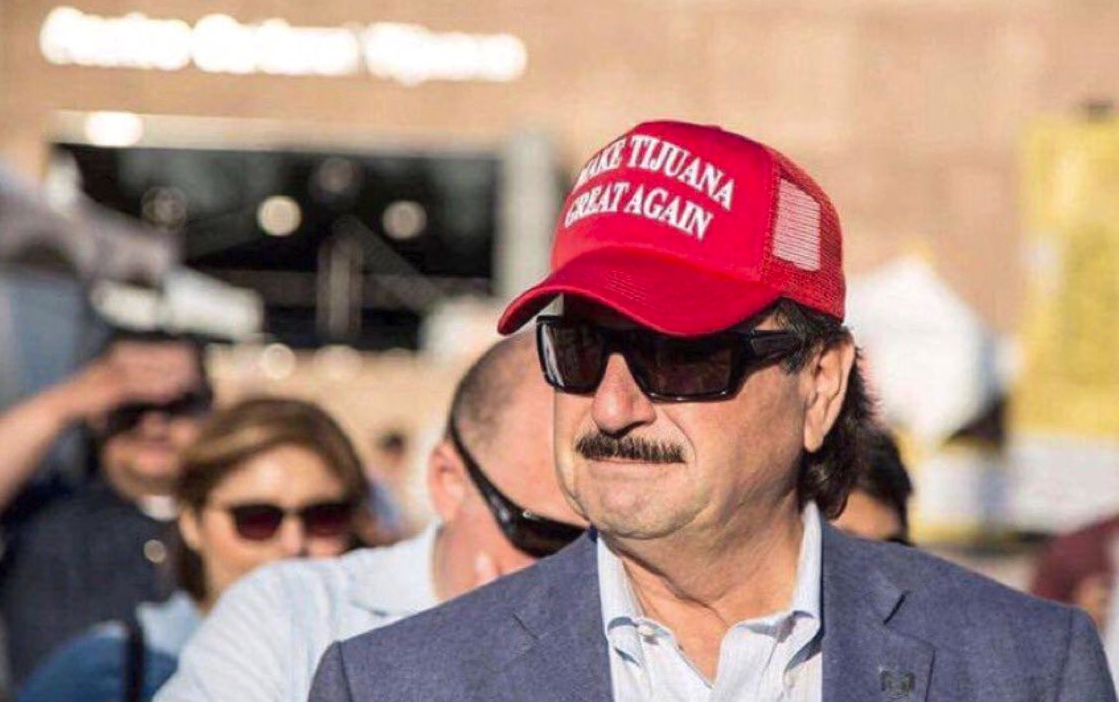 The two-thousand-mile trek of migrants from Honduras arrived in November to an angry reception in Tijuana, just south of the California border.  And it was not President Donald Trump who shouted them down, but Tijuana’s own mayor, along with many of his Mexican constituents. 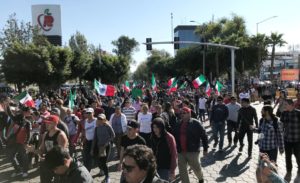 “Make Tijuana Great Again” said the bright red hat sported the Tijuana mayor Juan Manuel Gastélum.  Hundreds of Tijuana residents turned out in agreement, chanting “Tijuana First” and similar slogans. Well, how about that!  The false liberal narrative that only extremist Donald Trump voters are against illegal immigration is disproven by Mexicans in Tijuana demanding that the migrants return home.

“I would dare say that not all of them are migrants,” Mayor Gastélum observed in Spanish during an interview on the Mexican Milenio television channel.  He suggested that some of the migrants are criminals.

The migrants seem to have been coached, because one of them claimed that he was the victim of racism by the Mexican police.   The culprit is not racism but globalism:  the assault on national borders, which are essential to maintaining liberty and prosperity.

These migrants should be trying to make Honduras great again rather than crashing through borders to overrun places where they are not wanted.  Anyone who can walk (or hitchhike) two thousand miles, like these migrants, can use their pent-up energy to improve their own country, instead of demanding handouts from Mexico or the United States.

Many migrants undoubtedly left behind women and children who depend on the support of the able-bodied young men who comprise the vast majority of the migrant caravan.  The United States should not allow these migrants to abandon their responsibilities, but should send them back home to support their families.

Often the immigrants who cross the border illegally from Mexico are not even from Central or South America. Official statistics show that hundreds Bangladeshis – a far, remote location for “migrants” on foot – were caught near our southern border in the last year alone.  There is big money in this, with the illegals or their sponsors paying up to $27,000 per person to be smuggled into the United States, as reported by Breitbart.com.

What You Need to Know is Ray Epps was in on it! Who is Ray Epps? Congressman Jamie Raskin gave us the answer after the prompting by Congressman Thomas … END_OF_DOCUMENT_TOKEN_TO_BE_REPLACED

What You Need to Know to Understand is the danger of the Narrative Machine! Read this article from Tablet Magazine to help understand the connection … END_OF_DOCUMENT_TOKEN_TO_BE_REPLACED

What You Need to Know is Martha’s Vineyard CNN coverage is funny! 'They enriched us.' Migrants' 44-hour visit leaves indelible mark on Martha's … END_OF_DOCUMENT_TOKEN_TO_BE_REPLACED

What You Need to Know is the media is finally reporting on the Southern Border! Governor Ron DeSantis and Governor Greg Abbott are forcing the media … END_OF_DOCUMENT_TOKEN_TO_BE_REPLACED

Phyllis Schlafly Eagles · #WYNK: Who Is Congressman Troy Nehls? | September 28, 2022 #ProAmericaReport The following is a transcript from the Pro … END_OF_DOCUMENT_TOKEN_TO_BE_REPLACED

What You Need to Know is The Narrative Machine is Obsessed with Trump! First, it used to be called the Trump Exhaustion Syndrome now the left is … END_OF_DOCUMENT_TOKEN_TO_BE_REPLACED