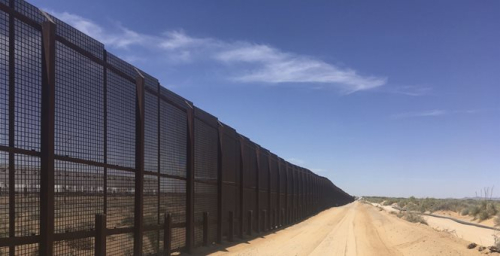 It’s a well-known truth that most of what politicians say when running for office amount to lies. It’s a way of seducing us for our votes. Did anyone really believe any of the Democrats running in the midterms on a vow to be bi-partisan would honor their campaign vow to be bi-partisan going forward?  Of course not, which is one reason why Joe Donnelly and Heidi Heitkamp lost their Senate seats.  The folks in Indiana and North Dakota knew they were lying and that if re-elected, they’d continue to take their marching orders from Chuck Schumer.

That’s part of what makes Donald Trump unique. He has devoted two years to trying to keep his promises. The problem is that even Trump can’t keep promises that require the cooperation of politicians, including Republicans.

Whereas if Barack Obama had promised to deliver the moon, Harry Reid and Nancy Pelosi would have done everything in their power to make it happen, President Trump couldn’t even get Mitch McConnell and Paul Ryan to build the wall, even though the daily flood of uninvited guests continue to test our border security.

It is rather strange why President Trump has been asking for only $5 billion of the lame duck Congress.  It wasn’t that long ago that he was asking for the more reasonable-sounding $25 billion.  If Obama can send $150 billion in cash to Iran, we can build the wall.

The money that Trump is requesting for the wall is minuscule in comparison to what it will cost the country in total costs for the food, clothing, shelter, medical care, financial assistance, education and other associated costs for those demanding to enter the country illegally over the years.

Consider also that the ongoing 17-year war in Afghanistan is costing us $45 billion annually, yet no one in Congress is pointing out that it is obviously being spent in a very ineffective way, if the point of the war is to win it.

While legislators continue to balk at spending money to build a wall to keep illegal aliens out of the country, they are prepared to hand over $10.5 billion in the spending bill to Mexico and various nations in Central America to improve their economies. Their argument is that if those countries improve things enough, all those people will stay home and stop annoying us.  But we all know that isn’t true.  For one thing, we have been giving money to all those countries for a great many years without any positive returns.

Even if the corrupt leaders of those nations didn’t take their own over-size slices of the pie, what makes anyone think their citizens want to stay home and work when the members in both parties keep letting them know that they if they move north, they’ll be fed, sheltered, schooled and be provided with health care, thanks to the American taxpayer?

It is apparent members of the House and Senate can’t comprehend this.  But don’t kid yourself, of course they can!  They’re not all as ignorant as Mazie Hirono, Maxine Waters, Hank Johnson and Nancy Pelosi, but an awful lot of them are corrupt, quite willing to roll out the red carpet in their constant hunt for new voters and cheap labor.  Democrats remain in lock step in their opposition to a border wall, claiming that in addition to being racist and xenophobic, it would be impractical.

Instead of listening to each other, they should have listened to David Rubin, the American-born former mayor of Shiloh, Israel, when he appeared on Tucker Carlson’s show. When questioned about the Israeli experience with walls, Rubin reported that between 2010 and 2012, 55,000 illegal immigrants snuck into Israel, mainly settling in southern Tel Aviv, where the numbers of rapes and murders predictably skyrocketed.  It took Israel three years to construct a wall, but in 2016, the number of illegal aliens gaining entry had plummeted to 11.  That number was still too high, so they increased the height of the wall, dropping the number of illegal aliens in 2017 to zero.

Because most of the illegals had been Africans, Israel’s Leftists condemned the wall as racist.  But the Israelis had already had to deal with sticks and stones and decided the names wouldn’t hurt them nearly as much as the flood of uncivilized mobs already had.

A common expressed lie is “Illegal aliens are a boon to our economy.  “Commonsense, alone, would tell you that illegal aliens, are an obvious drain on our finite resources. In addition to violating American immigration law, illegal immigrants pay only a fraction of the costs for the services they consume.  Law abiding taxpayers are stuck footing the vast majority of the fiscal burden created by their actions. It’s time for the federal government to end the financial incentives that attract illegal immigrants to the United States — in particular, welfare programs and refundable tax credits

A new map posted by HowMuch.net breaks down the economic toll of illegal immigrants state by state.  What the map revealed is extremely troubling.   Using information gathered from the Federation for American Immigration Reform, How Much’s map shows how much money illegal immigrants cost American taxpayers on a state-by-state basis.

Combined all 50 states spend a whopping $84 billion per year to subsidize illegal immigrants, though if federal spending were added to the equation, that value would skyrocket to at least $113 billion.

California is most devastated by the heavy toll of illegal immigrants in that state. The 4.1 million illegal residents, constituting 10.7% of the state’s population, cost actual taxpayers $23 billion annually.  Broken down, that’s $14.4 for so-called education; $4.44 billion in court time and law enforcement; $4.02 billion in healthcare; $1.6 billion in general government services; and $792 million in public assistance.  That works out to $2,370 for every household of an American citizen.

In Illinois the economic toll arising from Illegal immigrants amounts to $3,220,767,517, which comes to $1,137 for every American citizen household here in Illinois.  Illinois ranks 5th in the amount of money it spends on illegal immigrants after California, Texas, New York, and Florida, and this at a time when Illinois is facing a severe fiscal crisis.

While most people cannot be sure what you’re getting for your money, people who own farms, hotels or restaurants, are getting a constant source of cheap labor.  Rich people who live in Beverly Hills, Manhattan, Dallas and San Francisco, are getting nannies, gardeners and maids for less than minimum wage.  As for left-wing politicians, they are getting to replace traditional blue-collar workers with far more reliable Latino voters.

This very telling commentary by Byron York of December 26, 2018,  says,

“When Democrats embraced the Southern Border Fencing Strategy,” sets the record straight about a time when Democrats embraced the wall; that is, before Trump became president.  Now Nancy Pelosi is calling a border wall “immoral.”  Which raises this question:  How could her party make any deal to support, even a little bit, something her colleagues believe is immoral?  Does Pelosi think all barriers currently in place in place of the U.S.-Mexico border immoral?”

In an appearance on “Fox & Friends” Bill Bennett , who served as “drug czar” under George H.W. Bush, said that a border wall could make a “real and profound difference” in the drug crisis America is currently facing.

86 percent of the heroin that came into the United States in 2016 entered through Mexico. Given the scope of the opioid epidemic, Bennett said stopping that could be huge.

In addition to producing and distributing narcotics, powerful cartels are now expanding into activities like immigrant smuggling and human trafficking, taking advantage of the abundance of helpless asylum seekers on the run. There have also been allegations that they are illegally harvesting vital organs  from victims, especially children.

One thing is for certain, any wall that is ever built in this nation must not be easy to climb, as we’ve seen with the wall at the Tijuana crossing.  It must not have cross beams that make for easy climbing.  Also, like the Palestinians, Mexican drug dealers have learned how to tunnel like gophers, so land minds would certainly be appropriate.

Below is as a bumper sticker sent to Thorner that should be stuck to the wall of Congress to serve as a constant reminder:

“Heaven has a wall and strict immigration policies.  Hell has open borders.”

What You Need to Know is How America is Winning and Losing. One way we are losing in America is how the Narrative Machine is reporting the Jan. 6th … END_OF_DOCUMENT_TOKEN_TO_BE_REPLACED

Phyllis Schlafly Eagles · #WYNK: How America is Winning and Losing | June 29, 2022 #ProAmericaReport The following is a transcript from the Pro … END_OF_DOCUMENT_TOKEN_TO_BE_REPLACED

What You Need to Know about the January 6th prisoners. It seems like those who were arrested because of their involvement on Jan. 6th are being held … END_OF_DOCUMENT_TOKEN_TO_BE_REPLACED

What You Need to Know is Republicans cave on gun rights. Senate Republicans have put on full display the ruling class uniparty by compromising with … END_OF_DOCUMENT_TOKEN_TO_BE_REPLACED

What You Need to Know is Biden is marching toward America Last. Even as our continue to get entangled in NATO and their picking a fight with Putin. … END_OF_DOCUMENT_TOKEN_TO_BE_REPLACED

Phyllis Schlafly Eagles · July 6 | Will Globalists Build the Future? Amid chaos on many fronts, globalists march forward into the night. Klaus … END_OF_DOCUMENT_TOKEN_TO_BE_REPLACED

Phyllis Schlafly Eagles · #WYNK: Happy birthday to America! | July 1, 2022 #ProAmericaReport The following is a transcript from the Pro America … END_OF_DOCUMENT_TOKEN_TO_BE_REPLACED

What You Need to Know is Who’s against Trump. This select committee for Jan 6th is a dangerous kangaroo court. It's really just a show trial and we … END_OF_DOCUMENT_TOKEN_TO_BE_REPLACED

Phyllis Schlafly Eagles · #WYNK: Cartels Control the Border | June 6, 2022 #ProAmericaReport The following is a transcript from the Pro America … END_OF_DOCUMENT_TOKEN_TO_BE_REPLACED

Phyllis Schlafly Eagles · #WYNK: Who's Against Trump | June 13, 2022 #ProAmericaReport The following is a transcript from the Pro America … END_OF_DOCUMENT_TOKEN_TO_BE_REPLACED

“This is about the future of the liberal world order and we have to stand firm,” declared Biden Administration official Brian Deese. “Liberal world … END_OF_DOCUMENT_TOKEN_TO_BE_REPLACED