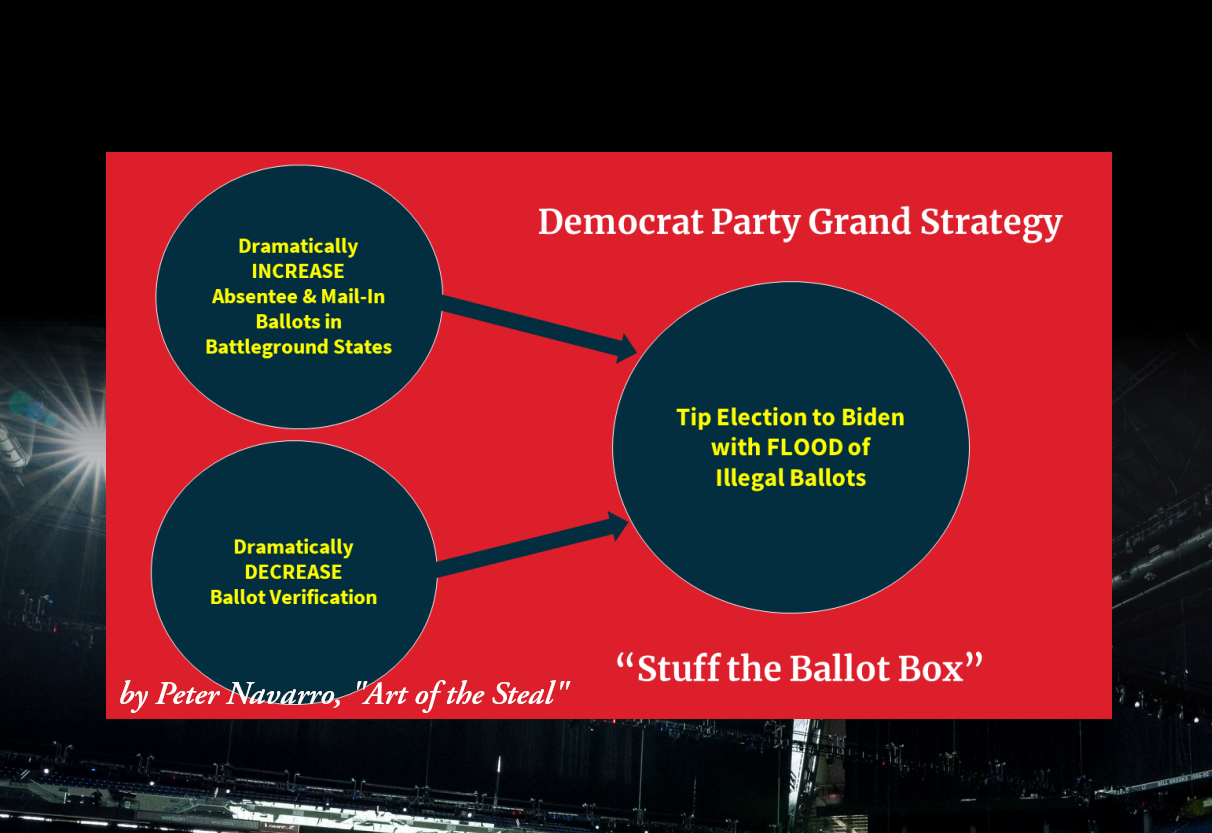 Many millions of Americans were shocked by the outcome of the 2020 presidential elections, to put it mildly. Those millions now feel disillusioned with the very system by which Americans pick our leaders.

We have legitimate concerns about election fraud which have never been addressed or investigated. In fact, election fraud has hardly even been acknowledged. Whenever conservatives bring it up, we are laughed out of the room as conspiracy theorists.

Election fraud is no laughing matter. Everyone admits that it happens, but the question is whether it happens enough to swing an election.

Peter Navarro, who served as Assistant to the President of the United States under Donald Trump, wrote a firsthand account of how the election was stolen from his boss. In his report entitled The Immaculate Deception, Navarro explains that “This was theft by a thousand cuts across six dimensions and six battleground states rather than any one single ‘silver bullet’ election irregularity.”

For instance, a widower in Nevada testified that his deceased wife was alleged to have voted three and a half years after her death. In Michigan, an eyewitness recalled watching poll workers manually add ballots into the system from thousands of alleged voters who were born in the year 1900. In Pennsylvania, multiple poll workers reported seeing people vote multiple times by altering their appearances. In Georgia, the Trump legal team was able to amass a list of 70,000 ineligible voters who cast ballots in 2020. The Biden margin of victory in the Peach State was less than 12,000 voters. Obviously, there was substantial outright fraud in the 2020 elections that deserves to be investigated.

We also need to seek commonsense election integrity legislation in every state right now. Laws should be put in place to require valid government picture ID to vote. We need rules on the books to require that all voting machines be made in the United States. Republicans control the state legislatures in five out of the six contested states in the 2020 election. Every conservative can make sure our elections are not stolen again. Take action today.

Reports from Peter Navarro on the November 6 election:

The Art of the Steal, 2nd Report

What You Need to Know is Democrats’ plan to slow down GOP investigations. David Brock (of Media Matters) released a memo detailing a group that will … END_OF_DOCUMENT_TOKEN_TO_BE_REPLACED

What You Need to Know is why Trump is not an echo of other candidates before him. Phyllis Schlafly famously first used that phrase — a choice, … END_OF_DOCUMENT_TOKEN_TO_BE_REPLACED

What You Need to Know is why Trump is not an echo of other candidates before him. Phyllis Schlafly famously first used that phrase — a choice, not an … END_OF_DOCUMENT_TOKEN_TO_BE_REPLACED

Phyllis Schlafly Eagles · November 8 | Can Your Vote Make A Difference? On this Election Day, it had been my intention to tell you the story of a … END_OF_DOCUMENT_TOKEN_TO_BE_REPLACED

Phyllis Schlafly Eagles · October 27 | Teddy Roosevelt: The Man in the Arena Theodore Roosevelt is known for many things. He is known for being the … END_OF_DOCUMENT_TOKEN_TO_BE_REPLACED

Phyllis Schlafly Eagles · December 2 | The Past, Present, and Future of the War on Christmas Haul out the holly and bring out the boxing gloves. … END_OF_DOCUMENT_TOKEN_TO_BE_REPLACED