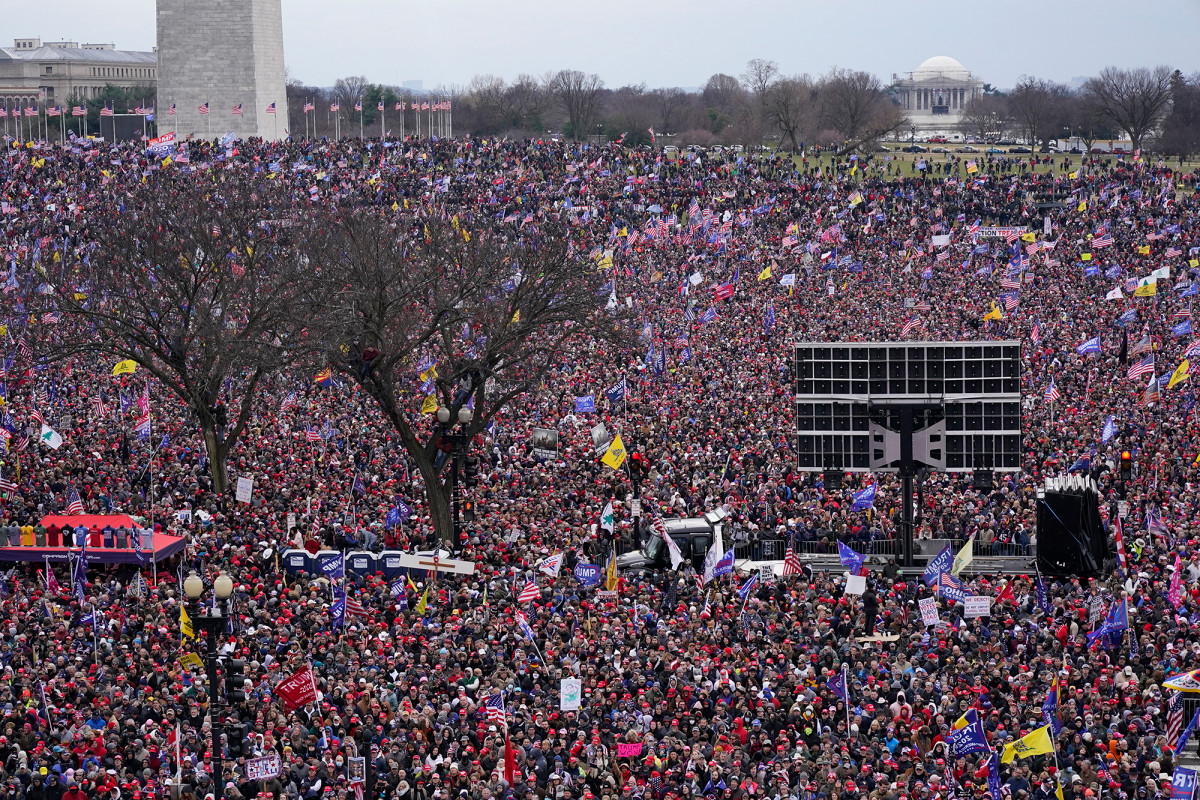 Tens of millions of Americans remain convinced that Trump won the recent election, as confirmed by polling. This reinforces President Trump’s statement earlier this month to the huge crowd of more than 250,000 supporters who filled the large space from the White House to the Washington Monument that “we won this election.”

Last week a new report from the White House explains what many ordinary Americans already perceive. Peter Navarro, Ph.D., authored this report entitled “Yes, President Trump Won,” which was the latest installment in his 3-volume series demonstrating that the election was stolen.

Dr. Navarro has served the president since Inauguration Day, January 20, 2017. As co-author of the 2011 book Death by China and co-producer of the 2012 film of the same name, Dr. Navarro is most responsible for improving the policy of the United States against the Chinese threat after a string of prior presidents appeased the communist country.

His three-part Report carefully describes the many irregularities and statistical improbabilities that were observed in the election. In the six disputed states studied by Dr. Navarro, the number of illegal or questionable ballots far exceeded the number needed to change the outcome and deliver the state’s electors to Trump.

In Georgia, for example, there were 51 times as many questionable ballots as the number of votes that separated Trump and Biden. In Wisconsin, the ratio was 26 times; in Arizona, 24 times; in Pennsylvania, 12 times; in Nevada, 6 times; and finally in Michigan, there were 3 times as many improper votes as the reported margin between the presidential candidates.

Since President Trump spoke to the massive crowd on January 6, several major polling organizations have surveyed the American people, and the polls all found that an overwhelming majority of Republican voters agree that Trump actually won the election. They recognize that enough votes in six key states were improperly allowed and counted in order to hand the Electoral College to Biden.

First up was the well-respected Quinnipiac poll, in which 73% of Republican voters answered Yes to the Question: “Do you believe there was widespread voter fraud in the 2020 presidential election?”

An even stronger result was found by the ABC News Washington Post poll, in which 65% of Republicans said they believe there is solid evidence of fraud in the 2020 election, while only 25% of Republicans disagreed.

As to the phony “insurrection” on Capitol Hill, the Quinnipiac poll confirmed that 80% of Republicans do not hold Trump responsible, while 71% disagree with those who characterize the incident as a “coup attempt.” Some 70% of Republicans believe that Republicans who objected to the Biden electors were “protecting” rather than “undermining” democracy.

The CNN/SSRN poll found similar results: 72% of Republicans said Trump was not responsible for those who “stormed” the Capitol. Nearly half of Republicans say that Capitol Police deserve a significant amount of blame for the disorderly conduct by a few visitors to the Capitol on January 6.

The Washington Post’s poll shows 66% of Republicans believing that Trump acted responsibly on January 6, and 78% say Trump bears little or no responsibility for the disorderly conduct of a few. Far from blaming the 139 Representatives and 8 Senators who challenged the electoral ballots, 51% of Republicans say GOP leaders didn’t go far enough to stop the steal, while only 16% said they went too far.

Fortunately, state legislatures and even Congress can get to work to prevent the recent election travesty from ever happening again. On January 15, Congressman Jim Banks (R-IN), as Chairman of the Republican Study Committee, introduced the “Save Democracy Act” which would ban ballot harvesting and other deviant methods by which liberals steal elections.

In nearly all of the battleground states, Republicans control a majority of the legislature which is solely authorized under the Constitution’s Article II, Section 1, to establish the process for selecting presidential electors. State governors, who are Democrats in Pennsylvania, Michigan, and Wisconsin, do not have any role in this process, and neither do courts.

These and all state legislatures should enact new rules for selecting presidential electors which are based entirely on in-person voting on Election Day, with the real winner announced soon after the closing of the polls.

What You Need to Know is about the ethics of power, not the ethics of truth. That's the political situation we are facing! The left pursues power no … END_OF_DOCUMENT_TOKEN_TO_BE_REPLACED

What You Need to Know is Democrats’ plan to slow down GOP investigations. David Brock (of Media Matters) released a memo detailing a group that will … END_OF_DOCUMENT_TOKEN_TO_BE_REPLACED

What You Need to Know is why Trump is not an echo of other candidates before him. Phyllis Schlafly famously first used that phrase — a choice, … END_OF_DOCUMENT_TOKEN_TO_BE_REPLACED

Phyllis Schlafly Eagles · December 9 | Are Supporters of America First Scrooges? It’s going to be a long, cold winter in the United States, but … END_OF_DOCUMENT_TOKEN_TO_BE_REPLACED

What You Need to Know is how lame the Lame Duck session is. For all of November and December, there are several dangerous public officer holders who … END_OF_DOCUMENT_TOKEN_TO_BE_REPLACED