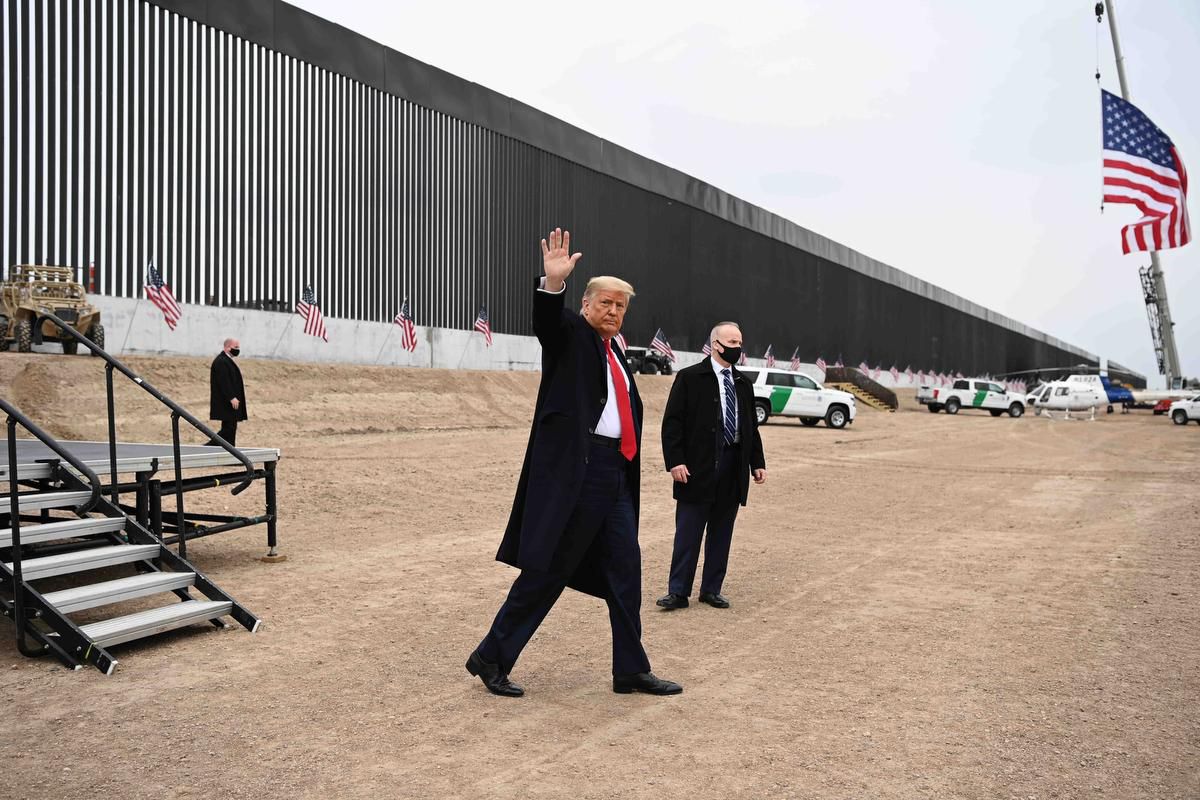 A dumber stunt by the Democrats than proceeding with impeachment is difficult to imagine. This will remind Americans that Trump remains the most powerful figure in America, while the ghost-like Joe Biden occupies the White House as a mere puppet for Leftists who direct him.

This will boost Trump’s standing within the Republican Party and among the general public. At least 45 Senate Republicans support Trump, as reflected by those who voted on January 26 to dismiss the impeachment entirely, and that is 11 votes more than he needs to win.

Trump’s inevitable victory at the end of this foolish impeachment will return him triumphantly to the center of the political world. Meanwhile, lame duck Joe Biden is diminished by this process, because the Senate Democrats would not be going after Trump unless they felt he still holds immense power.

There is no precedent for the Senate to attempt to remove a president after he leaves office, or attempt to prevent him from running for president again. The Chief Justice will not preside over this farce, thereby depriving the proceeding of the extra measure of dignity that ostensibly accrues to the impeachment of a sitting president.

Instead, the presiding officer will apparently be the partisan Senator Patrick Leahy (D-VT), who is on record as having voted in favor of the prior failed attempt to remove Trump by impeachment. This would be as biased as if Hunter Biden himself made an official decision as to whether Hunter Biden broke any laws.

Some Democrats think they could vote to disqualify Trump from holding office again, but that notion is absurd. As a private citizen who meets the qualifications set by the Constitution, Trump remains free to run for president, be elected and serve a second term.

With so many legal and constitutional defects, the mystery is why Democrats would pursue the folly of impeachment at this late date. The inevitable result would be to unify and energize the 74 million Americans who voted for Trump – some say it was far more – and it is baffling that Democrats would want to antagonize that many voters.

Prosecuting the articles of impeachment will expose anti-Trump Republicans to scrutiny, which will be helpful to the Republican Party as it cleans house of the traitors from within. The ten House Republicans who inexplicably joined the Democrats to vote for the article of impeachment on January 13 should be censured by their local county and state Republican organizations, as Liz Cheney already has been.

Representative Liz Cheney (R-WY) parachuted into Trump country to claim a House seat on the strength of her father’s role in the now-discredited Bush administration. She should soon be removed from her position as third-ranking Republican, and back in Wyoming she should be defeated by a conservative opponent in her own upcoming primary next year.

The Oregon Republican Party, through its statewide executive committee, adopted a resolution expressing its “condemnation of the profound betrayal by the ten House Republicans who supported impeaching President Trump without any investigation, hearing, shred of due process, and in contradiction to the known and emerging facts.”

“Of equally grave concern,” Oregon Republicans continued, “is how Democrats and their enablers are trying to falsely assign blame to the peaceful protesters present that day, and to the tens of millions of Trump supporters. Any attempt to cancel or target anyone with deep concerns about the conduct of the 2020 election should be condemned and opposed.”

Trump will undoubtedly be campaigning for those congressmen and senators who stood with him, and against the political traitors who turned against him. This guarantees that Trump will remain the dominant force within the Republican Party, and not lend his name to a hopeless effort to start a new “Patriot Party.”

Essentially, House Democrats impeached Trump for expressing the political opinion that “we won this election” — an opinion shared by a large majority of the 74 million Americans who voted for him. By treating such an opinion as if it were “high crimes and misdemeanors,” the Democrats have severely undermined the very democracy that they sanctimoniously claim to defend.

It’s no accident that Nancy Pelosi, as her first order of business in the new Congress, is moving a bill to require all states to remain vulnerable to future election fraud. Among its many bad provisions, H.R. 1 would prohibit states from requiring voter ID, requiring signature authentication for mail-in ballots, or restricting the process of ballot harvesting and the use of unattended drop boxes.

State legislatures should exercise their constitutional authority to enact laws now to prevent election fraud in the future. Presidential electors in future elections should be selected based nearly entirely on in-person voting.

Phyllis Schlafly Eagles · June 7 | Change or Cliches? A gunfight for election integrity is raging in a few state legislatures, with the political … END_OF_DOCUMENT_TOKEN_TO_BE_REPLACED

Phyllis Schlafly Eagles · June 17 | Is the Pay Gap a Real Problem? Feminists are always whining about equal pay and the so-called pay gap between … END_OF_DOCUMENT_TOKEN_TO_BE_REPLACED

Phyllis Schlafly Eagles · June 16 | Fair Jury Trials Are Essential A generation ago American teenagers were taught not to resist arrest, but today … END_OF_DOCUMENT_TOKEN_TO_BE_REPLACED

There is a deafening roar on the Left demanding that Bill Clinton-appointed Supreme Court Justice Stephen Breyer resign now. He's only 82, which is … END_OF_DOCUMENT_TOKEN_TO_BE_REPLACED