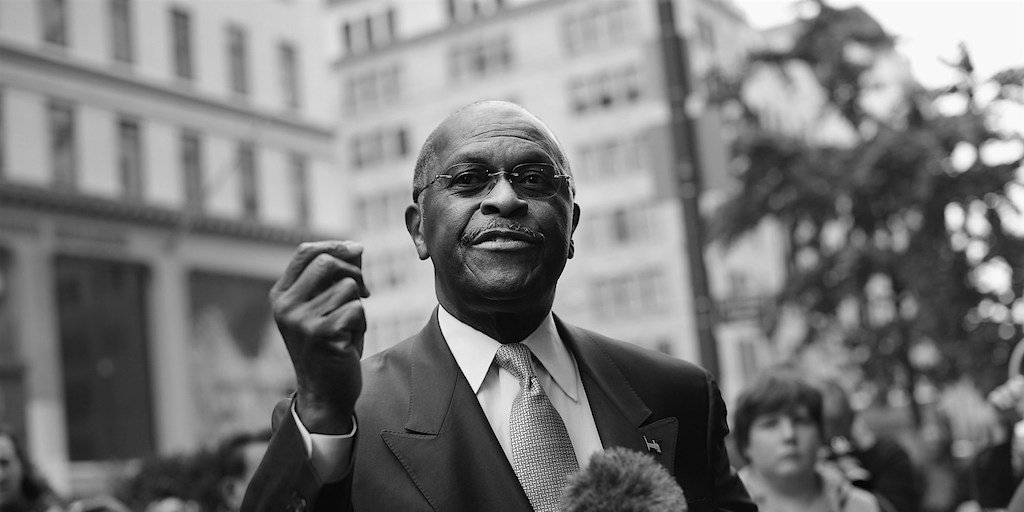 Herman Cain, as co-chair of Black Voices for Trump, was helping on reelection and yet his life has been taken from him prematurely by the Wuhan virus. Cain was hospitalized with the virus on July 1 and languished there for four weeks until passing away on July 30.

He was essential both as a conservative and a courageous human being. He spoke out against the political interference with hydroxychloroquine (HCQ) as an effective preventive and early medication for COVID-19, and despite tweets from the hospital there is no indication that he timely received that beneficial treatment.

Instead, his millions of supporters were told that he would make it through with a course of treatment that included receiving oxygen. The liberal approach of hospitalizing first, and then treating without early use of HCQ, has been unsuccessful for many COVID-19 patients, and hospitalization nearly resulted in death for the vigorous prime minister Boris Johnson in England.

Cain was fit and traveling frequently before he was hospitalized with trouble breathing. He was not obese and he had conquered cancer nearly 15 years ago, which he recounted in riveting talks to many audiences.

Throughout his political career Cain was viciously targeted by the Left as other black conservatives are. He ran for president in 2012 and the liberal media went after him harder than any other candidate.

At age only 74, he was younger than the Democratic nominee Joe Biden who undoubtedly would receive essential early treatment to overcome COVID-19 if Biden ever does contract it. Biden would not languish in a hospital for weeks as Boris Johnson and Herman Cain did, with Cain tragically not surviving.

Georgia continues to interfere with the use of HCQ to treat victims of the Wuhan virus, by enforcing unprecedented regulations written especially to block access to this medication. Liberal bureaucrats in Georgia imposed an emergency regulation to prohibit access to HCQ by Herman Cain and others unless the prescription has a diagnosis “consistent with the evidence for its use.”

According to the opponents of Donald Trump (and Herman Cain), that regulation prevents a prescription for HCQ from ever being filled to treat COVID in Georgia. Yet had Cain been exposed to COVID in any of dozens of foreign countries which allow access to HCQ, then he could have received it early in the course of the disease and still be with us today.

Merely 1,600 miles south of Atlanta where Cain died in a hospital is Costa Rica, which has held its mortality rate from COVID to only one-fifteenth the rate per million in the United States. In Costa Rica, free of the anti-Trump interference with access to safe medication, HCQ is widely available for preventive and early care for the disease.

Last Wednesday liberal regulators in Ohio took the unprecedented step of completely banning the use of HCQ to treat COVID-19 except in very narrow cases of clinical trials, many of which have also been shut down or delayed. Perhaps a Never-Trumper in Ohio thought this was a clever step forward to perpetuate this crisis and defeat Donald Trump, but even its timid Republican Governor Mike DeWine found that over-the-top.

The following day Gov. DeWine “asked” the Ohio Board of Pharmacy to reverse its ban on HCQ, a ban that was contrary to all customary rules allowing physicians to prescribe approved medication for off-label uses. Embarrassed, the Ohio regulators did withdraw their ban, but uncertainty remains there because they plan to study the issue further.

Meanwhile, Yale School of Public Health epidemiology Professor Harvey Risch stated on national television that “75,000 to 100,000 lives will be saved” if HCQ were made available. Though Yale is far from a conservative institution, Yale Professor Risch candidly observed that “we’re basically fighting a propaganda war against the medical facts.”

There was a time not long ago when hospitals were built and run on moral principles, often with religious affiliation. Much of that is gone now, with profits, politics, and utilitarian ethics dominant at most hospitals, which focus as much on the bottom line amid political bias than on saving lives at any cost.

Hospitals which received HCQ from the Strategic National Stockpile have not even used the medication early for patients immediately upon admission for COVID-19. Most hospitals and state governments have returned the medication unused to the Stockpile, where more than 50 million doses deteriorate to eventually be thrown out while thousands of Americans die without access to it.

Phyllis Schlafly Eagles · September 15 | Call The Mask Police! As Americans grapple with the issues of COVID-19, many think face masks are the … END_OF_DOCUMENT_TOKEN_TO_BE_REPLACED

One after another, so-called experts on public health have been proven wrong and forced to revise their earlier statements on COVID-19. An especially … END_OF_DOCUMENT_TOKEN_TO_BE_REPLACED

After our nation was forced to endure weeks of mass demonstrations, protests, riots, and civil disorders in over 30 cities, many law-abiding Americans … END_OF_DOCUMENT_TOKEN_TO_BE_REPLACED

Phyllis Schlafly Eagles · September 28 | Oppression In The Classroom Teachers are truly incredible people. By and large, they work hard to equip … END_OF_DOCUMENT_TOKEN_TO_BE_REPLACED