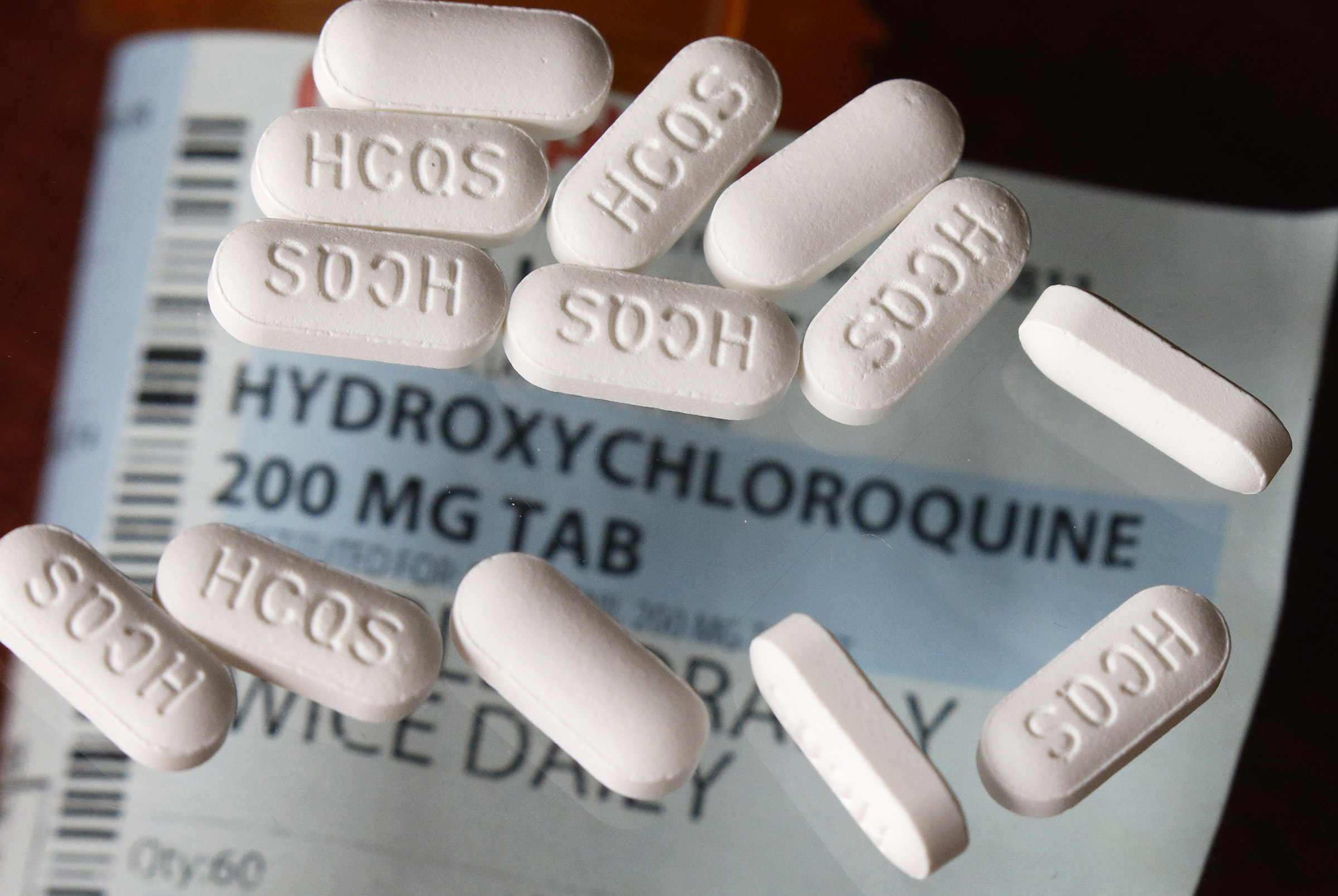 There are many new examples of the effectiveness of hydroxychloroquine (HCQ) as an early treatment of COVID-19, yet stockpiles of it waste away in government warehouses. Most of the 100 million donated doses will expire without ever being distributed to help dying Americans.

Ever since President Trump suggested that HCQ could be an effective treatment for COVID-19, Democrats have worked overtime to prove the president wrong. They falsely trumpeted the death of a man who ingested fish tank cleaner, an incident which his friends say may have actually been foul play to harm him while hiding the crime.

HCQ is a 55-year-old, inexpensive medication that is widely used to treat malaria, lupus, and rheumatoid arthritis. Like any drug it causes side effects in a small fraction of the population, but 55 years of successful use proves that it can be taken safely by most people.

Democrats were humiliated when an African-American state representative, Karen Whitsett, publicly thanked President Trump after she was cured of coronavirus by taking the drug that Trump recommended. At a caucus in her legislative district in Detroit, held over Zoom last Saturday, 15 Democrats unanimously passed a resolution to censure Rep. Whitmer for stepping off the plantation to give credit where credit was due.

At nearby Wayne State University, a 92-year-old researcher, Dr. Ananda Prasad, was fortunate. He could prescribe an HCQ zinc therapy for himself when he contracted the virus, and he attributes his recovery to this treatment.

Other elderly patients have been lucky to have a child who prescribed them HCQ. Dr. Daniel Amen reportedly stepped in to save the lives of his elderly parents, age 88 and 90, by prescribing HCQ and azithromycin to enable them to recover from COVID-19.

Anna Fortunato is a 90-year-old Long Islander who was hospitalized with COVID-19. She was so ill that her daughter asked for a priest to give her the last rites of the church, but the hospital refused to allow a priest to visit her bedside because it was too risky.

After taking HCQ, she recovered and was discharged after two harrowing weeks in the hospital. Mrs. Fortunato is looking forward to celebrating her 91st birthday in June with her family.

“I had a good husband, and my children are beautiful,” she recounted to the AP. “I’ve lived to see grandchildren, and great-grandchildren … so I AM fortunate.”

At the other end of New York State, in the town of Albion near Buffalo, 94-year-old Norma Longrod was hospitalized with a fever and tested positive for the coronavirus. “We also did treat her with hydroxychloroquine, which is a medicine out there we’ve talked about in the press,” the hospitalist medical director explained.

“I’m much better – much, much better than when I came here. They thought that I was not going to make it,” Mrs. Longrod said after her recovery.

Grandmother Jean Boccard, 97 years old in Broward County, Florida, was admitted to the hospital with a case of COVID-19. Like many people her age, she also had multiple underlying health conditions including heart disease.

“I want to get out of here, the food is terrible,” Mrs. Boccard complained, like many hospital patients. “And I get no sleep because they’re always coming in and looking at me.”

With the help of a devoted son, Mrs. Boccard found Dr. Mike Perl who prescribed HCQ along with an antibiotic called Z-Pak. Two weeks later, she was out of the hospital and ready to resume her normal life.

At a veterans home in Lebanon, Oregon, William Lapschies is one of at least 15 residents who tested positive for COVID-19. The 104-year-old World War II veteran made a full recovery after his family found a doctor who treated Mr. Lapschies with hydroxychloroquine.

But most Americans continue to be denied access to early treatment by HCQ, while it rots in government warehouses. Medication expires after a while, and at this rate the much-publicized donations of HCQ to governments by well-meaning companies will end up being thrown out rather than used to save lives.

Interference with early access by patients to HCQ by Anthony Fauci, FDA bureaucrats, and Democratic state officials, despite HCQ’s proven 55-year track record to be safer than other medications easily accessible by Americans, has exacerbated this crisis beyond all justification. Liberals object to access to HCQ by Americans for early treatment of the Wuhan virus, but at the same time arrange for government to hoard the medication.

If this invasion by a foreign enemy were using conventional warfare of guns and tanks, then the conservative response would be to arm the American people quickly with as many guns and ammo as possible. Instead, this invasion is by a foreign virus, and government should not be impeding access by Americans to medication for immediate self-defense.

What You Need to Know is your son won’t beat my daughter in high school track and field. Thank you President Trump for protecting our kids and gutting … END_OF_DOCUMENT_TOKEN_TO_BE_REPLACED

What You Need to Know is “giveupitis” - or despair - is contagious. What’s happening in this country is we have a problem where people in positions of … END_OF_DOCUMENT_TOKEN_TO_BE_REPLACED

For 10 weeks, law-abiding Americans submitted to the demands of so-called experts to maintain a 6-foot distance from our friends, relatives, and … END_OF_DOCUMENT_TOKEN_TO_BE_REPLACED