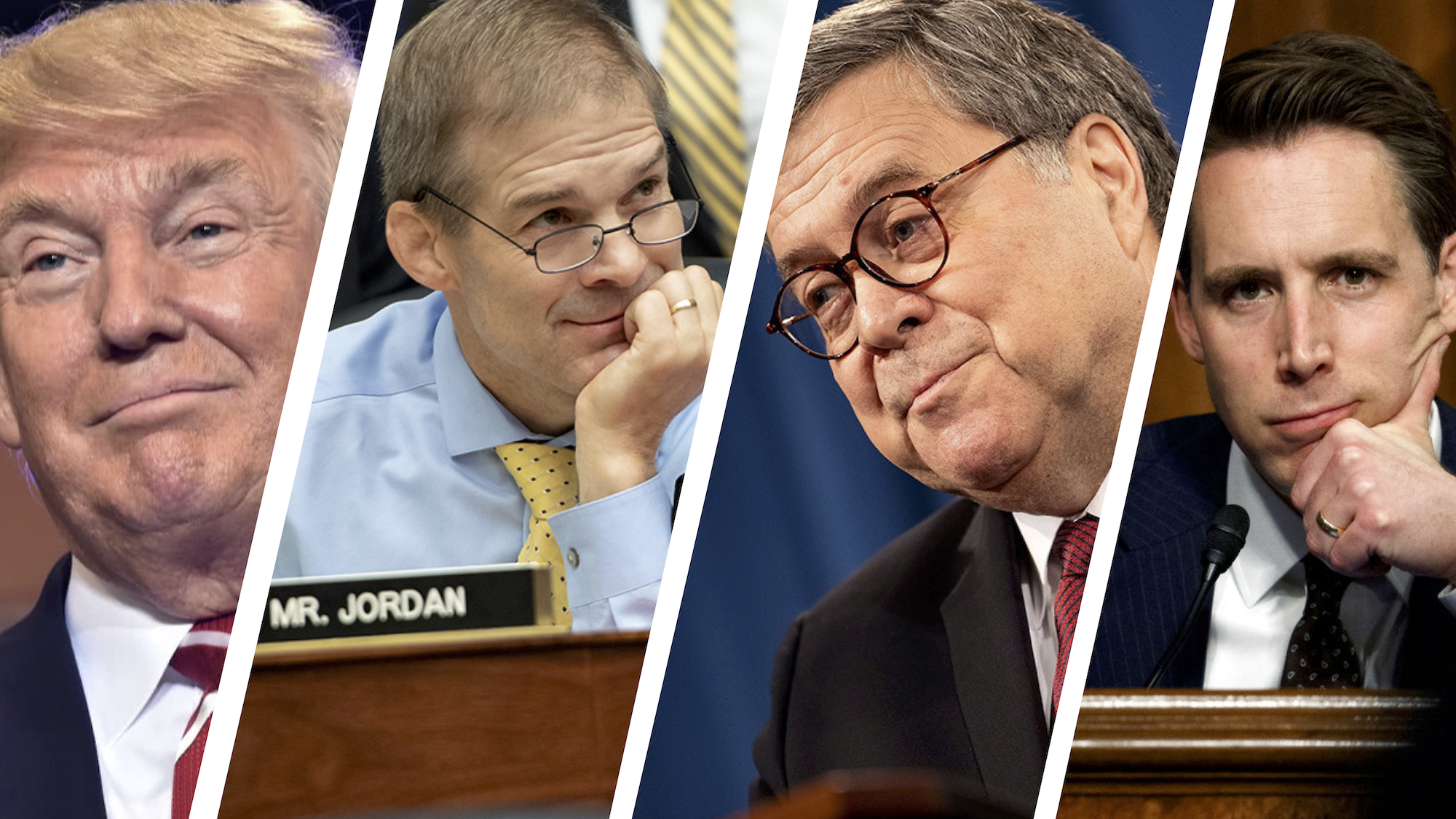 Senator Josh Hawley (R-MO) was the conservative of the year in the Senate, despite being its youngest member in his rookie year.  His landslide defeat of the entrenched liberal favorite Claire McCaskill was the biggest victory of the midterm elections, and Sen. Hawley then exceeded all expectations.

He earned a coveted seat on the Senate Judiciary Committee, and quickly became its strongest member.  Rather than rubber-stamp nominations as his colleagues had been doing, Sen. Hawley went to work.

He blocked the confirmation of a liberal nominated to the federal bench, despite intense pressure to stand down.  Michael Bogren, who compared religious liberty by a Catholic farmer to views of the KKK, had been nominated for a lifetime position in the Western District of Michigan.

Other Senate Republicans seemed just fine with this nomination, even after Bogren aggressively defended his extreme view under questioning by Senator Hawley during a Senate Judiciary Committee hearing.  But once Hawley led on this, other Republicans felt compelled to follow.

Bogren ultimately withdrew, enabling Hawley to set the precedent that similar future nominees will not be confirmed.  Too many nominees by Presidents Reagan and the two Bushes sailed through the U.S. Senate despite being closet liberals.

Democratic candidates for president should take note also.  When Ruth Bader Ginsburg was nominated for the Supreme Court despite a track record of supporting abortion and even opposing laws against statutory rape of underage girls, Republicans failed to ask her a single meaningful question and voted almost unanimously for her.

Hawley also took on Big Tech, while other senators were afraid to.  He sponsored legislation against censorship by internet giants, which exclude or marginalize conservative speech. 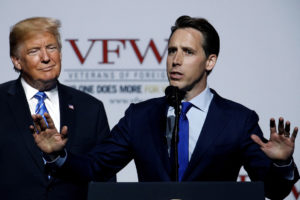 Hawley promoted the America First agenda of Donald Trump, while other Republican senators waste their time and ours by talking about impeachment.

Hawley promoted the America First agenda of Donald Trump, while other Republican senators waste their time and ours by talking about impeachment.  In one of the finest speeches of the year, Hawley declared that we should adopt pro-America policies and reject the failed globalism approach of the past.

Many others also deserve recognition for standing strong for conservative principles in 2019.  President Donald Trump himself, of course, has taken an inhuman amount of abuse by the Left and yet finishes 2019 with numerous impressive achievements, from the economy to the courts.

Rep. Jim Jordan (R-OH) and other House Republicans were so vigorous in their defense of President Trump that liberals could merely obtain impeachment articles which are not worth the paper they are written on.  The only history that was made by Nancy Pelosi and her crew was in withholding their bogus impeachment from the Senate.

Attorney General Bill Barr did a splendid job in cutting off the gravy train that Robert Mueller and his political hacks rode for two years.  Barr published reports that thoroughly discredited the false allegations by liberals against President Trump concerning the 2016 presidential election.

Barr delivered a speech at Notre Dame in October in which he criticized the mandatory LGBT curriculum which is being imposed on New Jersey public schools.  He lamented “the steady erosion of our traditional Judeo-Christian moral system and a comprehensive effort to drive it from the public square.”

Barr is fighting that erosion in a case pending before the U.S. Supreme Court, on appeal from a liberal decision by the Montana Supreme Court.  That state court prohibited allowing state scholarships to go to students who are attending religiously affiliated schools, a ban that undermines religious liberty.

A “shout-out” also belongs to those who stood against the Never-Trumpers in the Republican Party while they continued to nitpick and betray our president.  Nikki Haley, who served as Trump’s ambassador to the United Nations, exposed a scheme in the White House to go around him, which she rejected.

And let’s not forget the ordinary people who deserve recognition for their conservative actions this past year.  Special thanks are warranted to the lifelong British Labour Party voters who repudiated their own political party as it lurched leftward, thereby burying it in a landslide loss not seen since before World War II.

On the other side of the world, there were the courageous protesters in Hong Kong who successfully stood against tyrannical demands by Communist China.  They forced China to withdraw its extradition legislation which would have snuffed out remaining freedoms in Hong Kong by enabling China to punish Hong Kong residents through the use of the corrupt Chinese justice system.

Finally, there were liberals who also made 2019 a special year.  Jeffrey Epstein did everything liberals like Bill Clinton could have asked for, including protecting him in the end.

Hunter Biden was a gift to conservatives in 2019 who keeps on giving.  His dad Joe wants to defy any subpoena by the Senate to avoid explaining how the notorious Hunter ended up living in a multimillion-dollar mansion in posh Hollywood Hills.

What You Need to Know is the Qatar-Europe NGO scandal continues! These global schemes with millions of dollars flowing through non-government … END_OF_DOCUMENT_TOKEN_TO_BE_REPLACED

Phyllis Schlafly Eagles · December 9 | Are Supporters of America First Scrooges? It’s going to be a long, cold winter in the United States, but … END_OF_DOCUMENT_TOKEN_TO_BE_REPLACED

Proving once again that he is in touch with ordinary Americans, Donald Trump selected education for the first video message of his 2024 presidential … END_OF_DOCUMENT_TOKEN_TO_BE_REPLACED

Phyllis Schlafly Eagles · #WYNK: Trump's Record is Baked In | January 30, 2023 #ProAmericaReport The following is a transcript from the Pro … END_OF_DOCUMENT_TOKEN_TO_BE_REPLACED

What You Need to Know is Trump’s record is baked in. He’s already been torn apart every which way and his record stands with all the things you like … END_OF_DOCUMENT_TOKEN_TO_BE_REPLACED

Phyllis Schlafly Eagles · February 3 | "Woman" Is the Word of the Year The internet is a powerful tool that most of us use every day. … END_OF_DOCUMENT_TOKEN_TO_BE_REPLACED

What You Need to Know is Tucker is allowing the will of the people to be heard! When a huge block of Republicans and so-called conservatives are … END_OF_DOCUMENT_TOKEN_TO_BE_REPLACED