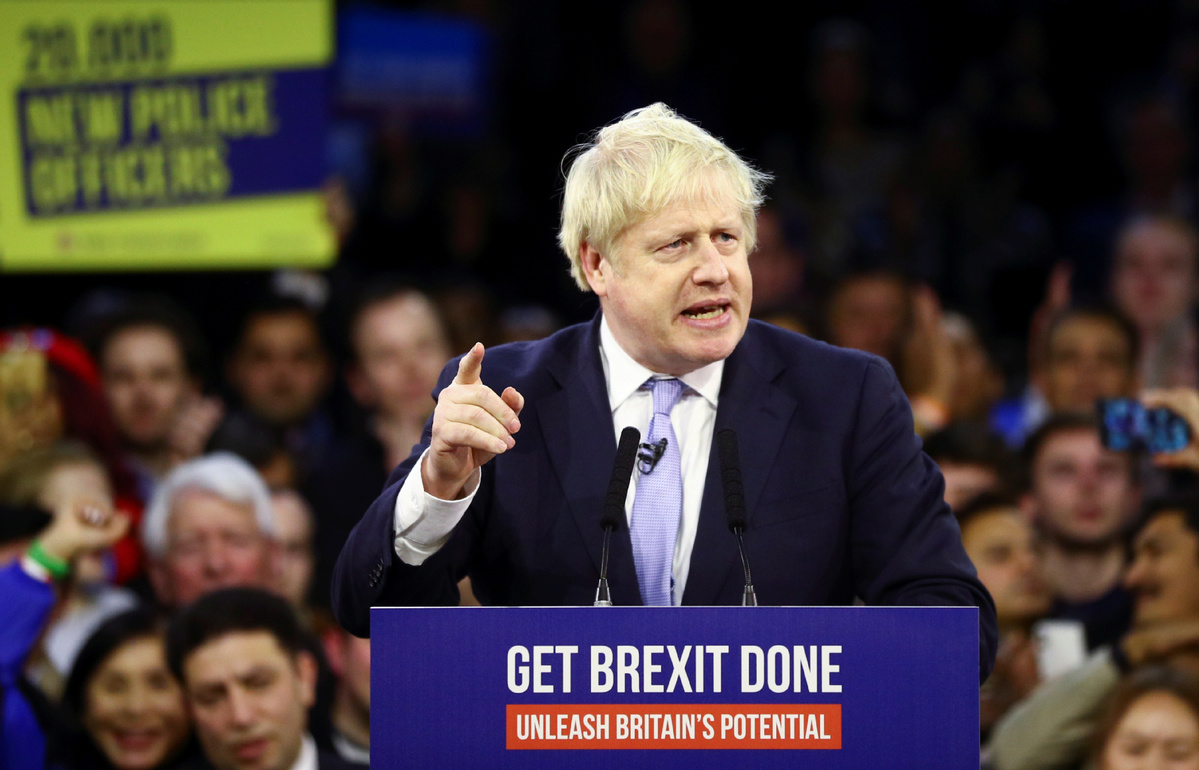 The political earthquake in the election across the Atlantic, where conservatives won in a landslide, has sent shock waves to the Democratic candidates for president here.  The media reports that Great Britain voters embraced Brexit and rejected socialism in handing the British Labour Party its worst defeat since before World War II.

But it is dubious that Brexit, which stands for Britain exiting the European Union, caused lifelong Labour Party voters to abandon the party of their ancestors for the first time.  Rather, it is more likely that social issues are what drove the working class voters to send their elected officials to an early retirement.

Like the Democratic Party here, the Labour Party has become controlled by the university elite and by big cities.  Neither party represents the working class anymore, and by abandoning these voters the politically beneficial realignment became possible.

As in the presidential election in 2016, the new ideological split is based on level of education and the starkly different social views which come from that.  University professors supported Jeremy Corbyn with enthusiasm, just as they have supported the unjustified impeachment of President Trump.

Corbyn’s platform called for six years of free education for every adult, plus paid time in order to take courses.  His pandering to universities and to students enrolled in them sounded similar to what leading Democratic presidential candidates have proposed here. 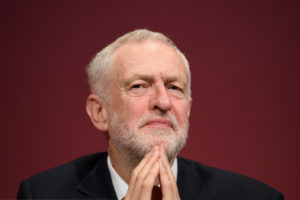 Corbyn’s platform called for six years of free education for every adult, plus paid time in order to take courses.  His pandering to universities and to students enrolled in them sounded similar to what leading Democratic presidential candidates have proposed here.

But this and other proposals come at the expense of the working class, and they punished Corbyn for it.  He lost the election in rural England and Wales, away from the university towns.

Adopting positions popular among the over-educated, Corbyn decried what he perceived as a lack of progress on LGBT+ issues.  At the so-called PinkNews Awards ceremony, he thrilled the audience by emphasizing the pronouns by which he would like to be referred, and making that seem as important as his name itself.

A candidate’s serious announcement of which pronouns to use in referring to him or her could have been a joke a few years ago in a Saturday Night Live skit.  But Corbyn was completely serious, as was Elizabeth Warren in doing the same thing here.

All the Democratic presidential candidates have endorsed the Equality Act, which would render it illegal to use the wrong pronoun in the workplace.  This has support among higher education, but not in rural areas where Corbyn lost his election and where Trump wins big over here.

Corbyn went on to say at the PinkNews event that “the cuts since austerity came in have disproportionately affected LGBT communities, especially sexual and mental health services. That has to change,” he declared.

While Jeremy Corbyn is often compared to Bernie Sanders, the more accurate comparison may be with progressives like Pete Buttigieg and Elizabeth Warren, who also announced “my pronouns” on Twitter.  Rhodes Scholar “Mayor Pete,” son of a leftwing university professor, recently attended a lavish fundraiser in billionaire-rich Napa Valley from which leaked photos have outraged working class voters.

Issues of transgenderism and abortion can cause a voter to abandon the party of his parents and grandparents.  Churchgoing voters, of whom there are still many in Britain outside of the big cities, heard from their clergy that Corbyn was going too far in his calls for abortion-on-demand.

Even the Church of England, which has historically been reluctant to wade into the abortion issue, pushed back on the extremism demanded by the Labour Party leaders running in this election.  The Catholic Church in England also spoke out against the consequences if voters were to cast their ballots for the Labour Party.

A public letter on behalf of the Church of England Bishops promised that they would “vigorously challenge any attempt to extend abortion provision beyond the current 24-week limit.”   Catholic bishops in Wales told voters to make respect for human life their top priority, after Labour Party leaders pledged to repeal current laws and replace them with unlimited access to abortion.

In Wales alone, the Welsh Conservative Party took six seats in Parliament which had been held by the Labour Party.  Gender politics played so often by Democrats in the United States was disproven in Wales, where three of the victorious conservative challengers were women.

A 14-year-long leftwing incumbent in Wales, Madeleine Moon, was less than gracious about her defeat by another woman who is a political newcomer.  She decried that her parliament district “Bridgend now has an MP with no political experience, other than three years on a parish council. We’re in a huge mess in Bridgend.”

The Democratic presidential candidates here who parrot the social stances of Corbyn may feel the same angst amid their rejection by voters.  The real “mess” is in liberal political parties which have allowed themselves to be taken over by university elites.

Phyllis Schlafly Eagles · October 18 | The Summer Soldiers of Globalism Biden seems to have timed his pullout from Afghanistan, not to minimize … END_OF_DOCUMENT_TOKEN_TO_BE_REPLACED

Democrats attempt to make transformational changes in the American way of life, but the party’s progressive agenda is not playing well in the upcoming election for governor of Virginia. This state that Biden won by ten points last year has become a tossup. The implosion of Democrats in Virginia is due to the havoc they […]

What You Need to Know is The left is not leaving anything to chance! Leftists are cannibalizing all the institutions – now they are taking on the Federal reserve. Marxists try to take the Federal Reserve as Biden weighs whether to reappoint Powell: Devine. Good, let’s see how terrible it is and then maybe the Republicans […]

What You Need to Know is the bottom is falling out on the Biden administration. Democrats regularly scare evangelical Christians, Catholics, and other 501c3 nonprofit organizations about utilizing their platforms for endorsing candidates. I sent out a press release explaining that VP Harris Violates Democrat Sacred Cow. Vice President Kamala Harris sending a message into churches […]

Phyllis Schlafly Eagles · October 26 | Is Marriage Still Worth Fighting For? They say that marriage is a wonderful institution as long as you do … END_OF_DOCUMENT_TOKEN_TO_BE_REPLACED

What You Need to Know is if the Feds were Involved on Jan. 6th! What happened on January 6th is a disaster for the American republic and We the People … END_OF_DOCUMENT_TOKEN_TO_BE_REPLACED