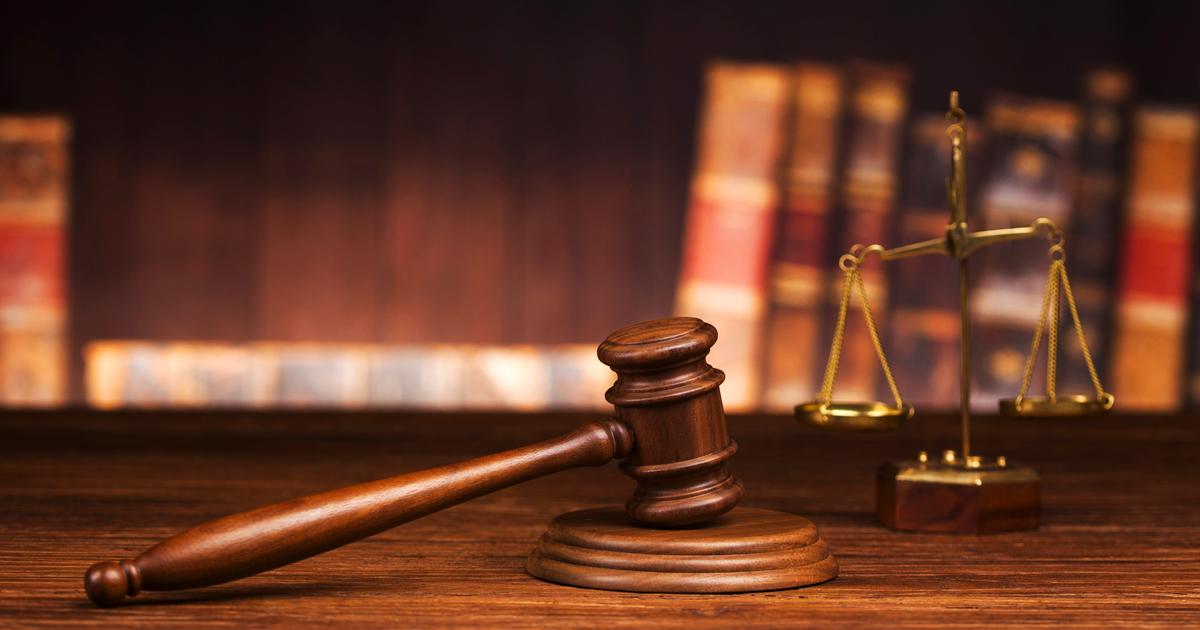 While the nation’s attention is transfixed on the impending confirmation of a new Justice of the Supreme Court, lower court judges have been ruling almost daily against good policies of the Trump Administration and the states that voted for him in 2016. Democrat-appointed judges have issued sweeping injunctions on the census, the post office, the presidential election, state ballot requirements, asylum, the border wall, and even TikTok.

Imagine a football game where the rules about what constitutes a first down were changed during the contest. How silly and unfair it would be if in the second half a rule change were imposed to require only 5 yards rather than 10 to attain a first down.

Yet a flood of recent decisions by Obama-appointed judges are trying to change rules for the presidential election that is ongoing. Shockingly, more than 300 such lawsuits have been filed this year in 44 states, according to the COVID-Related Election Litigation Tracker.

Obama judges have arrogantly acted to suspend or override state laws that protect the security of ballots and prohibit accepting ballots after Election Day. A chaotic landscape of court decisions and emergency appeals have undermined an election process that has worked well for 232 years.

In Wisconsin, Arizona, Georgia, Louisiana, and South Carolina, Obama-appointed judges have ordered election officials to accept and count ballots that arrive after the deadline established by state law. The Wisconsin ruling was temporarily put on hold by the Seventh Circuit, but the South Carolina ruling was upheld by the Democrat-controlled Fourth Circuit.

These rulings fly in the face of Purcell doctrine, which requires courts to refrain from disturbing the established procedures so close to an election. Judicial supremacy, by which judges pretend to be supreme over the other branches of government, is a pandemic now.

Federal courts have even interfered with the beneficial deal that President Trump brokered for the transfer of the popular TikTok app from the Chinese Communists to new American owners. The Administration correctly viewed Chinese control of TikTok as a threat to our national security, yet a transaction which would have created a $5 billion windfall for the American people has been disrupted by the federal judiciary.

Joe Biden promised to appoint a black female to the Supreme Court, and Stacey Abrams, the failed candidate for governor of Georgia, seems to be his leading choice. A Yale Law School graduate whose sister is an Obama-appointed federal judge, Abrams recently headed the $10 million New Georgia Project that brought the Georgia lawsuit asking an Obama judge to overturn state laws that protect ballot security.

In South Carolina, Obama Judge J. Michelle Childs issued a 71-page opinion overturning several state laws, including the requirement of a witness signature for absentee ballots. The witness requirement was specifically relied on by Republican state legislators when they agreed to extend absentee ballots to all voters this year.

In Louisiana, Obama Judge Shelly Dick arbitrarily extended the deadlines for both early voting and mail-in voting. In Georgia, Obama Judge Eleanor Ross ordered election officials to accept and count mail-in ballots received three days after the election, despite a state law which requires all ballots to be received by Election Day.

In Arizona, Obama Judge Douglas Rayes ordered election officials to allow voters five days to cure a missing signature or other defect on their mail-in ballots, despite state law which requires all ballots to be completed by Election Day. In Wisconsin, Obama Judge William M. Conley ordered election officials to accept mail-in ballots received six days after the election, despite its state law forbidding that.

There are still plenty of Clinton judges engaging in activism, too. Texas had a reasonable plan to allow seniors at risk of Covid to use absentee ballots without excuse, but Clinton-appointed Judge Fred Biery absurdly ruled that it violated the 26th amendment to not allow the same accommodation to 18-year-old voters; the Fifth Circuit reversed him.

Politics abhors a vacuum, and Democrat-appointed judges are wasting no time filling up the judicial pipeline with activist rulings while Republicans focus on future Justice Amy Coney Barrett. All over the country, Obama-appointed district court judges are issuing rulings they hope will outlast Trump and be upheld by a future Justice Stacey Abrams.

The last presidential election hinged on the issue of the courts, as most voters wanted President Trump to fill the vacancy created by the death of Justice Antonin Scalia. The same issue persists now at the district court level, as this recent tsunami of Leftist injunctions demonstrates.

What You Need to Know is that a soufflé only rises once. The long and sad story of Robert “Beto” O’Rourke’s political career is already being eulogized by even the leftist media. Who are the new stars that are rising? Who are the others that are likely to fade? We must remember not to let […]

For Immediate Release: October 6, 2022Contact: Ryan Hite, Communications Director After Reporting a Mom to Her Law Enforcement Employer and the … END_OF_DOCUMENT_TOKEN_TO_BE_REPLACED