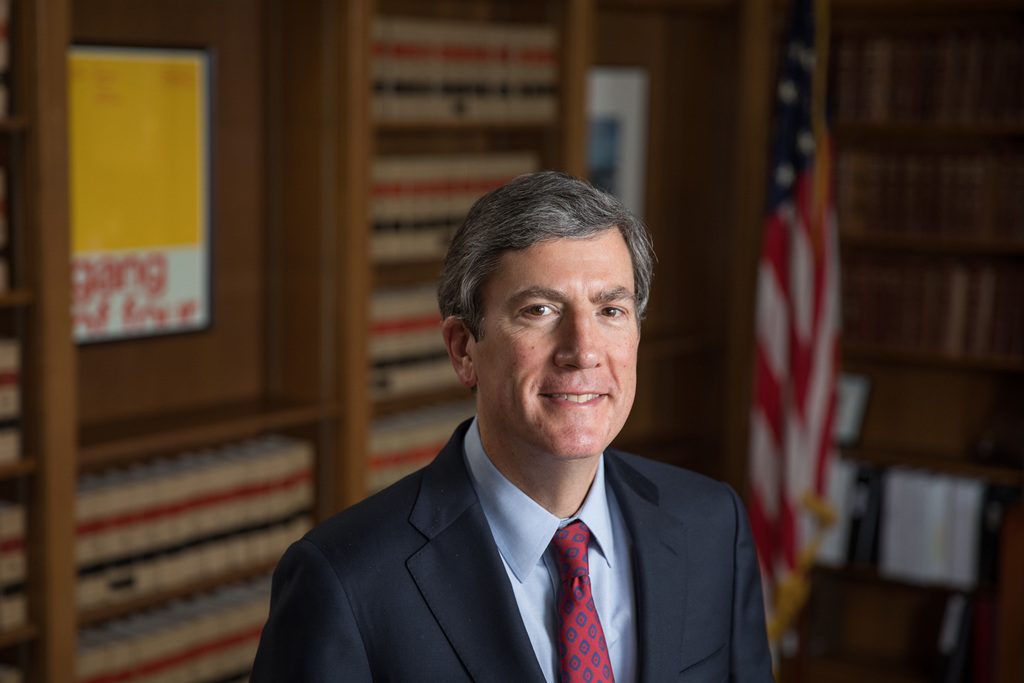 Predictably, a federal judge in San Francisco interfered in late November with President Trump’s efforts to stop the incoming illegal caravan. Despite how border control is an issue of national security under nearly exclusive presidential authority, Obama-appointed San Francisco Judge Jon S. Tigar took it upon himself to issue an injunction against the presidential proclamation that limited asylum applications by Central American migrants.

That left Trump with no good option:  either appeal to the liberal Ninth Circuit, where the deck is stacked against him, or file an emergency petition to the U.S. Supreme Court, which rarely interferes in cases pending in lower courts. But this pervasive problem of judges blocking lawful Trump actions is not limited to the Left Coast or even Obama-nominees. 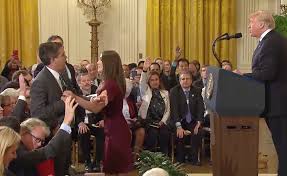 By now President Trump has appointed many judges to the federal bench, but the vetting of those nominees was cast in doubt by the ruling against the White House concerning CNN’s Jim Acosta.

By now President Trump has appointed many judges to the federal bench, but the vetting of those nominees was cast in doubt by the ruling against the White House concerning CNN’s Jim Acosta.  A Trump-appointed judge ruled that President Trump cannot promptly exclude a misbehaving reporter from the White House. President Trump, acting on apparently bad advice, nominated former Senate Judiciary Committee counsel Timothy Kelly to that bench.

If a hostile reporter had lectured President Obama and combatively refused to give up the microphone, that reporter would have been banned.  But in a stark illustration of judicial activism, Judge Kelly ordered President Trump to return Acosta’s highly desirable “hard pass” for full access to the West Wing.

Judges require journalists to treat courthouses and court proceedings with extreme deference, but President Trump has been made powerless to regulate who can roam freely inside his own home.  Let’s hope the President makes the White House Great Again by posting a burly security guard next to Jim Acosta with orders to remove him the next time he misbehaves.

What You Need to Know is Happy birthday to America! It might not seem like it, but things are really really good here in America. The left act like … END_OF_DOCUMENT_TOKEN_TO_BE_REPLACED

What You Need to Know is How America is Winning and Losing. One way we are losing in America is how the Narrative Machine is reporting the Jan. 6th … END_OF_DOCUMENT_TOKEN_TO_BE_REPLACED

Phyllis Schlafly Eagles · #WYNK: How America is Winning and Losing | June 29, 2022 #ProAmericaReport The following is a transcript from the Pro … END_OF_DOCUMENT_TOKEN_TO_BE_REPLACED

Phyllis Schlafly Eagles · July 6 | Will Globalists Build the Future? Amid chaos on many fronts, globalists march forward into the night. Klaus … END_OF_DOCUMENT_TOKEN_TO_BE_REPLACED

“This is about the future of the liberal world order and we have to stand firm,” declared Biden Administration official Brian Deese. “Liberal world … END_OF_DOCUMENT_TOKEN_TO_BE_REPLACED