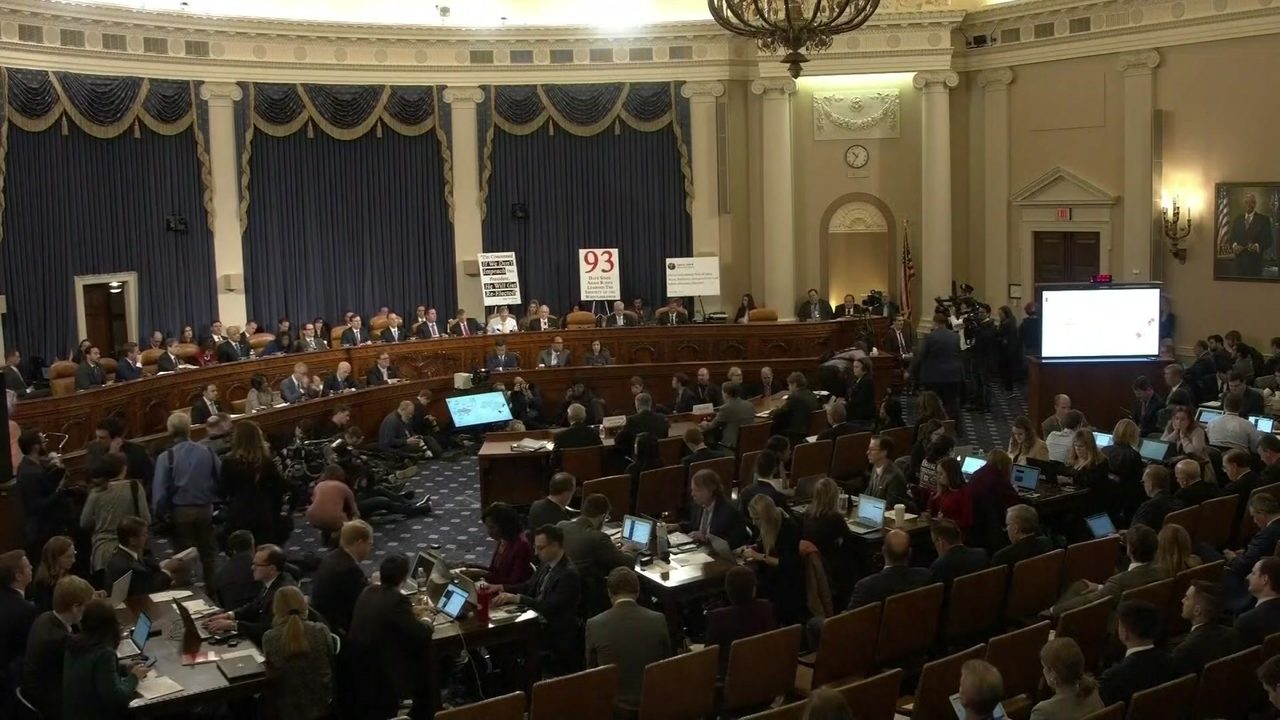 Television ratings for the impeachment hearings have been a bust, far less than the viewership during Watergate or Clinton-Lewinsky.  Even the testimony of ex-FBI director James Comey and future Supreme Court Justice Brett Kavanaugh drew higher ratings than the Democrats’ latest show trial.

Less than 13 million people watched the first day of impeachment hearings, which is only a tiny fraction of the audience for big football games.  Polling shows that Independent voters, who will decide the next presidential election, are unplugging this in large numbers.

It does not help the Democrats that their star witness, Lt. Col. Alexander Vindman, has been discredited by his own supervisor, Tim Morrison.  According to Morrison, Vindman is not reliable and his boss Morrison even doubts his judgment.

The opinionated views of Vindman and other anti-Trump witnesses hopelessly distort the hearings.  Democrats have delayed testimony by those who are willing to stick to the facts, which vindicate our president.

Morrison listened in on the July 25th call and has first-hand knowledge which several of the other informants, including the so-called whistleblower, lack.  Morrison and other witnesses who support Trump’s statements were not initially allowed by the Democrats to testify publicly. 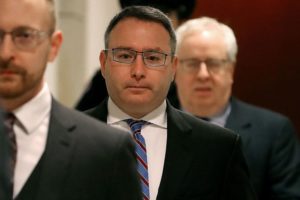 It does not help the Democrats that their star witness, Lt. Col. Alexander Vindman, has been discredited by his own supervisor, Tim Morrison.

The Democrats’ game plan is to try to turn the public against President Trump before the most knowledgeable witnesses testify in his defense.  On Friday Democrats relied heavily on their witness Marie Yovanovitch, the Former Ambassador to Ukraine who was replaced by President Trump and who has a history of foreign policy failures.

But Yovanovitch had an underpublicized zinger against the Democratic frontrunner for president, Joe Biden.  She testified that it was improper for Hunter Biden to take a large salary from a corrupt Ukrainian company while his father Joe Biden was vice president.

Committee member Rep. John Ratcliffe (R-TX) astutely followed up by asking Yovanovitch if she ever raised this potential conflict-of-interest by the Bidens with officials at the State Department, such as George Kent, the deputy assistant secretary of state for European and Eurasian Affairs who testified two days earlier.  “I don’t believe so,” Yovanovitch replied.

“No one did anything? You see why the president was a little concerned about what happened in Ukraine?” Ratcliffe quickly pointed out rhetorically.

Yovanovitch did not admit the obvious, but it was unnecessary at that point.  The failure by her and other anti-Trump diplomats to flag the Bidens’ improper conduct is reason enough for Trump to raise the issue earlier this year.

Impeachment hack Adam Schiff, the Democratic Chairman of the House Intelligence Committee, strained to portray Yovanovitch as a victim of bullying by Trump.  Schiff even interrupted the hearing to read a tweet by President Trump critical of Yovanovitch, and Schiff pretended that it was a crime for Trump to tweet against a witness.

But it was Schiff, not Trump, who interjected the tweet into the hearing and potentially influenced the witness by reading it to her.  Schiff was playing to the media, rather than attempting to ferret out the truth in a fair way.

Schiff further distorted the hearing for the purpose of the television cameras by refusing to allow Rep. Devin Nunes (R-CA) to release his time for questioning the witness to a female colleague, Rep. Elise Stefanik (R-NY).  Schiff apparently thought the optics would be better for his side if a Republican male rather than a female questioned the anti-Trump female witness.

But the staged impeachment hearings are failing to hold the attention of a television audience.  Even former Trump attorney Michael Cohen attracted higher television ratings when he testified before a congressional hearing earlier this year.

How long the Democrats pursue impeachment amid pitiful television ratings remains to be seen.  Most of the public thinks we should not be sending millions of taxpayer dollars to a foreign country with a history of rampant corruption.

There is no precedent for this bizarre inquisition into foreign policy decisions which are properly for a president to make.  Another poll shows that 90% of evangelicals, the voting bloc pivotal to the election of President Trump in 2016, view the impeachment hearings as a witch hunt.

The proverbial national spotlight that Democrats hoped to shine on their impeachment show trial is dim and ineffective.  Its greatest achievement may be to force the Democratic senators who are running for president to be in D.C. during the month of January, to sift through the non-evidence rather than campaign against Trump in Iowa and New Hampshire.

In less than a year these impeachment proceedings will be rendered moot by the real jury: American voters.

What You Need to Know is the Qatar-Europe NGO scandal continues! These global schemes with millions of dollars flowing through non-government … END_OF_DOCUMENT_TOKEN_TO_BE_REPLACED

What You Need to Know is Trump’s record is baked in. He’s already been torn apart every which way and his record stands with all the things you like … END_OF_DOCUMENT_TOKEN_TO_BE_REPLACED

Proving once again that he is in touch with ordinary Americans, Donald Trump selected education for the first video message of his 2024 presidential … END_OF_DOCUMENT_TOKEN_TO_BE_REPLACED

Phyllis Schlafly Eagles · #WYNK: Trump's Record is Baked In | January 30, 2023 #ProAmericaReport The following is a transcript from the Pro … END_OF_DOCUMENT_TOKEN_TO_BE_REPLACED

Phyllis Schlafly Eagles · #WYNK: Trump is Stronger Than Biden | January 27, 2023 #ProAmericaReport The following is a transcript from the Pro … END_OF_DOCUMENT_TOKEN_TO_BE_REPLACED

Phyllis Schlafly Eagles · February 3 | "Woman" Is the Word of the Year The internet is a powerful tool that most of us use every day. … END_OF_DOCUMENT_TOKEN_TO_BE_REPLACED

What You Need to Know is Tucker is allowing the will of the people to be heard! When a huge block of Republicans and so-called conservatives are … END_OF_DOCUMENT_TOKEN_TO_BE_REPLACED