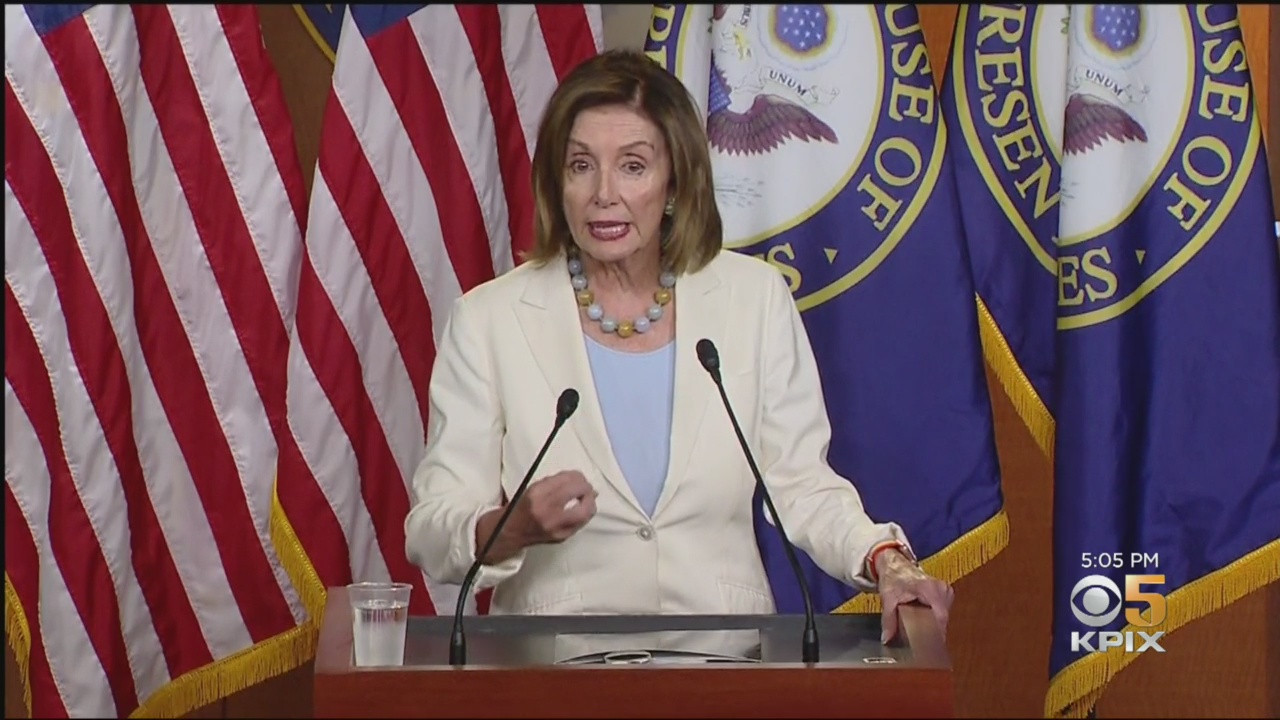 Hitler’s Propaganda Minister Joseph Goebbels is infamous for his saying “If you tell a lie big enough and keep repeating it, people will eventually come to believe it.” Goebbels’ philosophy of propaganda has been used to spread misinformation for decades. Now it looks like the Democrats have come on board with this tactic as they desperately try to take down President Trump.

In a strategy call with key Democrat leaders, Speaker of the House Nancy Pelosi and Democratic Caucus Chairman Hakeem Jeffries shared a list of approved keywords for Democrats to push in the media to get Trump impeached. Democrats at every level are expected to repeat these key words and phrases over and over again to changed the public perception of our president. Let’s take a look at some of these Pelosi-approved keywords to see whether they are truth or propaganda.

One of the key phrases is “abuse of power.” Pelosi wants Americans to believe Trump abused his presidential authority on a call with Ukrainian President Zelensky. Yet, Trump willingly released the full transcript of the call for all to see. He didn’t ask for a single personal favor on the call. The Ukrainian president backs up Trump’s account of the call. The only suspicion of wrongdoing comes from a lone anonymous whistleblower with secondhand information and not a shred of first-hand evidence. That’s hardly a slam-dunk case for so-called “abuse of power.”

Another of Pelosi’s key phrases is “national security.” She wants us to believe Trump’s call endangered America’s interests. Again, Pelosi’s claim is nothing but propaganda. Trump only asked Zelensky to look into interference in American elections. That’s the same thing Democrats pretended to want when they pushed their ridiculous Mueller investigation down our throats for over two years. Trump made no breach of national security, no matter what they say.

The most insidious Pelosi-approved keyword is “betrayal.” She believes she can say Trump betrayed us long enough and loud enough to make people actually believe it. We can’t give in to her ruthless mind games. Trump has done nothing but fight for the American people from the moment he announced his candidacy for president. The propaganda has got to stop.

What You Need to Know is Mom first! Life begins at conception. But what if the pro-life movement reframed the battle. What if we advertised that life … END_OF_DOCUMENT_TOKEN_TO_BE_REPLACED

Phyllis Schlafly Eagles · #WYNK: Trump is Stronger Than Biden | January 27, 2023 #ProAmericaReport The following is a transcript from the Pro … END_OF_DOCUMENT_TOKEN_TO_BE_REPLACED

What You Need to Know is Trump is stronger than Biden. Our American leaders sending tanks and weapons to escalate the war in Ukraine aren’t in line … END_OF_DOCUMENT_TOKEN_TO_BE_REPLACED

Phyllis Schlafly Eagles · #WYNK: Documents and Double Standards | January 24, 2023 #ProAmericaReport The following is a transcript from the Pro … END_OF_DOCUMENT_TOKEN_TO_BE_REPLACED

For Immediate Release: January 26, 2022Contact: Ryan Hite, Communications Director Solution Staring Us In the Face to Save American Lives: Shut the … END_OF_DOCUMENT_TOKEN_TO_BE_REPLACED