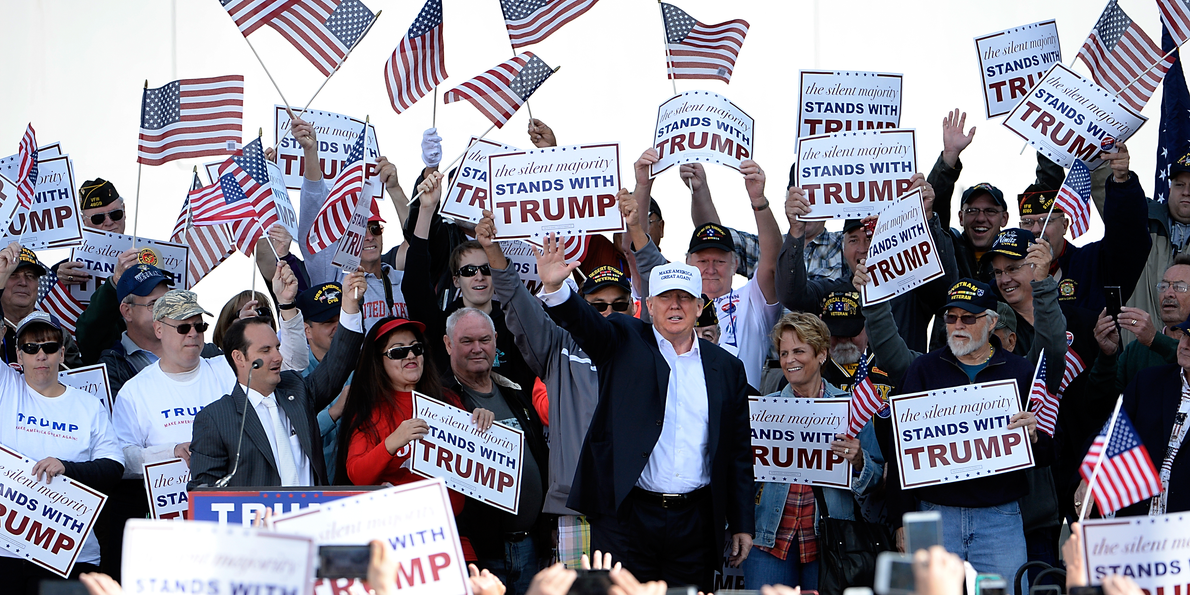 Alexander Hamilton identified “energy in the executive” as a key benefit of the newly created office of President of the United States, and even his detractors admit that Donald Trump has satisfied that requirement. The contrast with his low-energy Democratic opponent could not be more stark.

In the 28 days since he was hospitalized for COVID-19, President Trump headlined more than 50 rallies attended by close to a million cheering supporters. During the same time period, Sleepy Joe Biden was seen by fewer than 2,000 people at a handful of poorly attended events.

No one can deny that Trump energetically competed for every last vote, while Biden hoped to coast to the White House with the help of his flacks in the mainstream media. Biden’s lackluster campaign insulted the voters by failing to heed Phyllis Schlafly’s wisdom that “from County Coroner to U.S. President, there is no substitute for a candidate putting out his hand to the voters and saying, ‘I ask you to vote for me.’”

Trump has certainly done that, more than any presidential candidate since Harry Truman. Trump continued to fulfill his presidential duties while holding 14 massive rallies in the final 3 days throughout 7 key states.

He recently appointed and obtained confirmation of his third justice to the U.S. Supreme Court, placing Amy Coney Barrett on the High Court despite naysayers insisting there wasn’t enough time. “A president is elected for four years. … I’m not elected for three years,” Trump retorted.

In 2016 Hillary Clinton featured entertainers at her rallies to boost attendance, but young people would then leave after the celebrity left rather than listen to what Hillary had to say. At Biden’s final campaign event in Pittsburgh, he brought onstage the popular singer known as Lady Gaga.

But then the revelation: Lady Gaga was part of “Artists Against Fracking,” a celebrity project that urged New York Governor Cuomo to ban fracking in New York, which he did. The Trump campaign was quick to criticize Biden for campaigning with a celebrity who once opposed the industry that now supports about 600,000 Pennsylvania families.

A long list of other celebrities promised to leave the United States if Trump were elected in 2016, but none of them actually left. Biden could have campaigned with any of them, but wisely has not fully embraced liberal Hollywood the way that prior Democrats have.

On Election Day Trump was up early again, appearing on television and visiting his campaign headquarters in Virginia to thank workers and speak to the media. He pointed out how the media was never going to allow him to persuade them, and Trump cracked a joke about so-called fact-checking.

No other politician has stood up against the media as Trump has, which forever changes the political landscape. Even Ronald Reagan deferred to the media and rarely called them out for their mistreatment of fellow Republicans.

Trump denounced Democrat-appointed judges, too, which prior presidents have rarely been willing to do. Trump appropriately lambasted the Deep State, a term that is here to stay to describe the entrenched shadow government in D.C.

The massive crowds that gathered for Trump in 40-degree weather and challenging logistics gave a voice to the grassroots which both political parties have too long ignored. “Fi-re Fau-ci” was a recent spontaneous chant in Michigan that was music to the ears of Trump and millions of Americans.

The crowd was referring to Dr. Anthony Fauci, who enjoys one of the highest-paid jobs in government as he pontificates about coronavirus. Rather than supporting the President and his goal to get America back working again, Fauci has taken inconsistent positions while repeatedly undermining Trump.

Fauci promoted remdesivir as a treatment for COVID-19 despite how it requires hospitalization and intravenous administration. Recently a massive study conducted by the Fauci-allied World Health Organization concluded that remdesivir, which costs thousands per patient in addition to the immense costs of a hospital stay, is ineffective.

Trump fights to save our country from the radical Leftist agenda. Republican congressional candidate Sean Parnell in Pennsylvania recently had his home spray-painted with Communist red as an illustration of the pitched-fork battle that we are in to preserve our prosperity and freedoms.

Phyllis liked the saying that “if you can’t stand the heat, get out of the kitchen!” That famous quote by President Harry Truman refers to how officials who cannot withstand the pressure of politics should get out of the way.

No president in American history has been put through as much “heat” and unfair pressure as Donald Trump. He has not only survived the pressure and enabled America to thrive, but he has also set a high new standard for all good politicians to aspire.

Phyllis Schlafly Eagles · May 9 | How To Remake A Political Party Remaking a political party is difficult, but essential now as the entrenchment of … END_OF_DOCUMENT_TOKEN_TO_BE_REPLACED

Phyllis Schlafly Eagles · #WYNK: Montpelier is going Woke | May 19, 2022 #ProAmericaReport The following is a transcript from the Pro America … END_OF_DOCUMENT_TOKEN_TO_BE_REPLACED

Phyllis Schlafly Eagles · May 19 | Boys and Girls and Grades? ** Previously recorded by Phyllis Schlafly // May 2015 ** Colleges claim they … END_OF_DOCUMENT_TOKEN_TO_BE_REPLACED