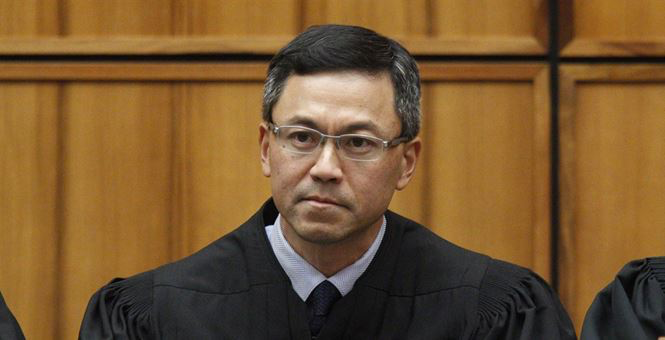 A new duo of Derrick and Orrick, whose names remind us of Shakespeare's Yorick as well as Barack, the president who appointed them, delivered a one-two punch against President Trump last week. Federal District Judge Derrick Watson of Hawaii interfered again with Trump’s temporary travel ban, and federal Judge William Orrick of San Francisco perpetuated his injunction against Trump’s executive order that would cut off federal funding to sanctuary cities.

Somalia, Iran, and Libya – known for their terrorist, anti-American violence – are three of the six countries subjected to Trump’s temporary travel ban, which suspends entry from those countries into ours by strangers who have no right to be here. In May, a Navy SEAL was killed and two other American soldiers were wounded in Somalia by an attack from Muslim forces.

Most thought the U.S. Supreme Court had properly resolved the issue of the temporary travel ban in favor of President Trump. But the strategy of the Left is to repeatedly use litigation and judicial supremacy to interfere with and impede the pro-American agenda of Trump at every turn.

Try, try again is the modus operandi of the anti-Trumpers as they refuse to take “no” as an answer from the Supreme Court. The High Court implicitly but thoroughly rejected the liberal theory that Trump’s temporary travel ban was unconstitutional because he supposedly campaigned with some anti-Muslim rhetoric.

Enter Derrick Watson and William Orrick to pick up where they left off before the Supreme Court so rudely intervened. Both federal district judges essentially reverted to business-as-usual, despite how all nine Justices of the Supreme Court recently held that the lower courts had gone too far in tying Trump’s hands.

Judge Orrick’s name was already familiar to many conservatives for how he has gone after the pro-life David Daleiden for embarrassing Planned Parenthood with his famous videotaped interviews. Judge Orrick censored the videos and on Monday held Daleiden in contempt for allowing the public to view them; Trump should immediately pardon Daleiden and his attorneys.

Judge Derrick Watson, though presiding in Hawaii, is also known nationally for halting the President of the United States while sitting nearly 5,000 miles away. This unelected solitary judge appointed by President Obama already initially blocked President Trump and his temporary travel ban back in March.

Last Thursday, July 13, Judge Derrick Watson undermined Trump’s victory before the Supreme Court by ordering that the Leader of the Free World permissively allow into the United States anyone from a terrorist country who is a grandparent, uncle, aunt, brother-in-law, sister-in-law, niece, nephew, cousin, or grandchild of anyone in the United States. And how, pray tell, can the State Department verify a claim by a potential terrorist that he is someone’s cousin, and thus should be allowed into America?

Trump had already agreed to allow in anyone who is an immediate relative of someone lawfully in the United States, such as siblings, children, parents, spouses, in-laws, and even fiancés.

Judge Derrick Watson was initially reluctant to re-interpret the Supreme Court ruling to allow almost anyone in, but on July 7th the overwhelmingly liberal Ninth Circuit egged him on with an order of its own. That appellate court declared that “although the district court may not have authority to clarify an order of the Supreme Court, it does possess the ability to interpret and enforce the Supreme Court’s order,” and “interpret” it Derrick did.

Meanwhile, back to Judge Orrick in San Francisco, where he had issued a temporary injunction in April that blocked President Trump from withholding any federal funding from “sanctuary cities” that harbor and protect illegal aliens, even those who commit horrible crimes. San Francisco’s insistence on being a sanctuary city has resulted in murders increasing 55% and rapes skyrocketing 370% between 2011 and 2015, and there was the brutal murder of Kathryn Steinle on its Pier 14 by a man who had previously been deported five times and convicted of seven felonies.

A day before Derrick ruled against President Trump’s temporary travel ban, Orrick heard oral argument about the need to lift his preliminary injunction against Trump’s executive order cutting off funding for sanctuary cities. Speaking from his bench in court, Judge Orrick indicated that he was going to keep his ruling in place to continue blocking Trump’s much-needed action against sanctuary cities.

Attorney General Jeff Sessions explained to a group of law enforcement officials gathered in Las Vegas that “too often” local officials interfere with attempts by federal immigration agents to detain and deport the dangerous illegal aliens. Meanwhile, President Trump is appealing this recent ruling against his temporary travel ban back to the Supreme Court, again on an emergency basis.

Ironically, Hamlet’s beloved court jester was named “Yorick”, whom Shakespeare described as “a fellow of infinite jest, of most excellent fancy.” There would also be much humor in this recent saga involving Derrick and Orrick, if our president’s ability to keep our nation safe were not at stake.

What You Need to Know is thank Trump for the end of Roe v. Wade. As great as the March for Life was last week and excited as my family was to … END_OF_DOCUMENT_TOKEN_TO_BE_REPLACED

What You Need to Know is Joe Biden’s ego will be his undoing. He should drop executive privilege and get this classified documents investigation over … END_OF_DOCUMENT_TOKEN_TO_BE_REPLACED

Phyllis Schlafly Eagles · #WYNK: Pro-Life Movement Has to Adjust | January 19, 2023 #ProAmericaReport The following is a transcript from the Pro … END_OF_DOCUMENT_TOKEN_TO_BE_REPLACED

Phyllis Schlafly Eagles · #WYNK: Political Hit Jobs Against Lawyers | January 18, 2022 #ProAmericaReport The following is a transcript from the Pro … END_OF_DOCUMENT_TOKEN_TO_BE_REPLACED

The term “sanctuary city” is one of those dishonest terms the Left uses to make their bad policies sound better. Think about the Affordable Care Act. … END_OF_DOCUMENT_TOKEN_TO_BE_REPLACED