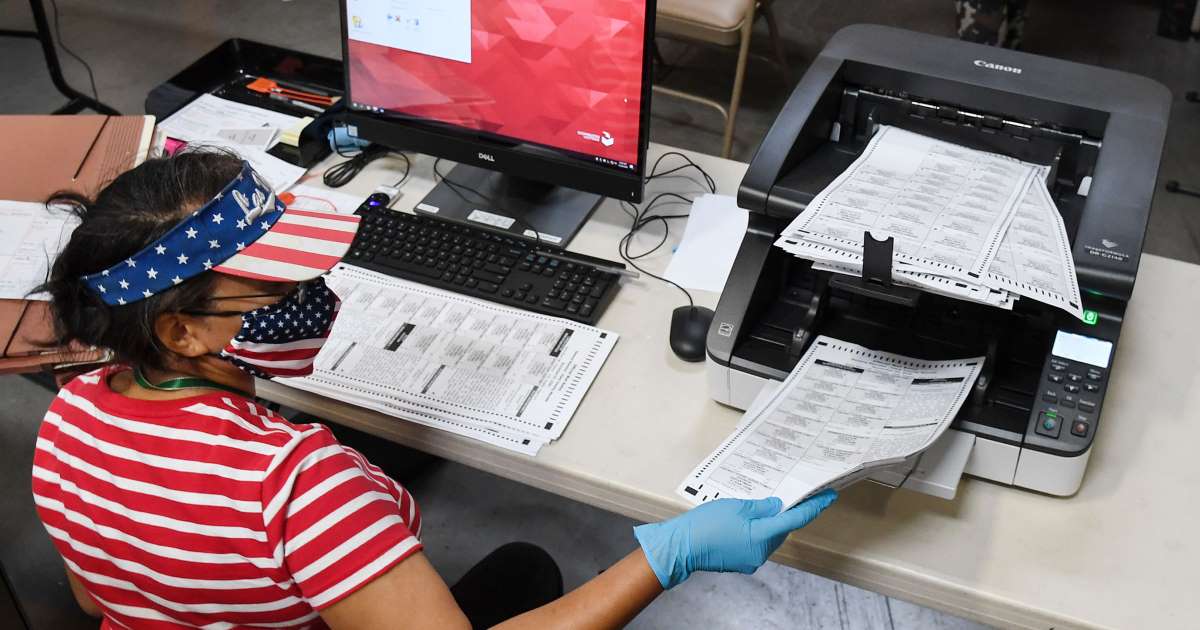 Whenever a single fraudulent vote is allowed, it negates a law-abiding vote. Counting every legitimate vote requires carefully excluding every potentially improper vote.

Voting by mail necessitates an authentic signature to reduce the possibility that the ballot was cast in an improper way. Yet multiple swing states have not allowed independent verification of the signatures on the millions of mail-in ballots cast in those states.

In Georgia, after weeks of complaints by those who voted properly in the November election, the Secretary of State has finally agreed to permit a random sample of signatures to be reviewed by a liberal university, while proclaiming that such a review could not possibly change the result. A real audit would not be limited like that.

An absurdly low number of only about 2,000 absentee ballots out of more than 1.3 million were rejected in Georgia last month for signature deficiencies, which is barely one-tenth of 1%. Amid rampant ballot harvesting, a more realistic number of invalid signatures would have been far greater.

The reported margin of difference between Biden and Trump in Georgia was less than 12,000 votes, which is less than 1% of the mail-in ballots counted and included without proper signature verification. A full signature audit, which there is still time to do, would likely discover that more than 1% of the mail-in ballots lack verified signatures, thereby potentially changing the result.

Ballot harvesting is the bundling of ballots in the names of many voters, and sending them in. But ballot harvesters can have difficulties duplicating the signature of every voter, and Georgia admits that invalid signatures occur yet failed to exclude as many ballots as it should have.

Election officials in many states were intimidated by the “count every vote” slogan. Instead they should be trained that counting a single fraudulent vote has the effect of disenfranchising a lawful voter, thereby tainting the election.

Since it is a matter of public record who votes, the signatures on all those ballots should be scanned and posted on the internet alongside the signatures on file for public scrutiny, just as monitors at in-person polling booths are allowed to double-check signatures. Within days of such a posting the fraud would be easily spotted by the public, along with how often it occurred.

That is, of course, exactly what Biden supporters do not want to happen. They want to brush all this under the rug, and move on to steal future elections starting with the next one in Georgia, on January 5th.

One excuse liberals give for blocking a full, independent signature audit of the mail-in ballots is that it is no longer possible to match a specific signature with a specific ballot and thereby disqualify the ballot. But statisticians can easily solve that problem by comparing the percentages of mail-in votes that went for each candidate.

A full signature audit in Georgia, for example, could easily result in the disqualification of more than 30,000 ballots. The remedy would be to consider the margin by which Biden won among mail-in ballots from the same regions, and disqualify the votes for Biden based on that percentage.

Alternatively, the election result for the entire state could be tossed out. Electoral College votes need not be accepted by Congress from every state, and Congress should count the votes only from those states that have election integrity.

Members of the new 117th Congress should put the contested states on notice now that if they refuse to allow a full signature audit of their mail-in ballots, then their Electoral College votes will not be counted on January 6th. That is the day when the House and Senate will determine the validity of votes cast by the Electoral College on December 14.

While the Supreme Court recently held that a state lacks legal standing to challenge a defective voting procedure used by another state, Congress has the responsibility not to accept Electoral College votes from a state which included fraudulent votes. Senators need to object to allowing states to include fraudulent votes with invalid signatures on mail-in ballots.

When students cheat on an exam, as occurred this year at West Point, the remedy includes disqualifying the entire exam, not merely a portion of it where the cheating can be proven. The counting of improperly signed mail-in ballots occurred in Georgia, Pennsylvania, Wisconsin, and other key states, and on January 6th Congress should disqualify all of their Electoral College votes.

What You Need to Know about Priorities & America First. Phyllis Schlafly would give awards to significant people in her life. On these awards … END_OF_DOCUMENT_TOKEN_TO_BE_REPLACED