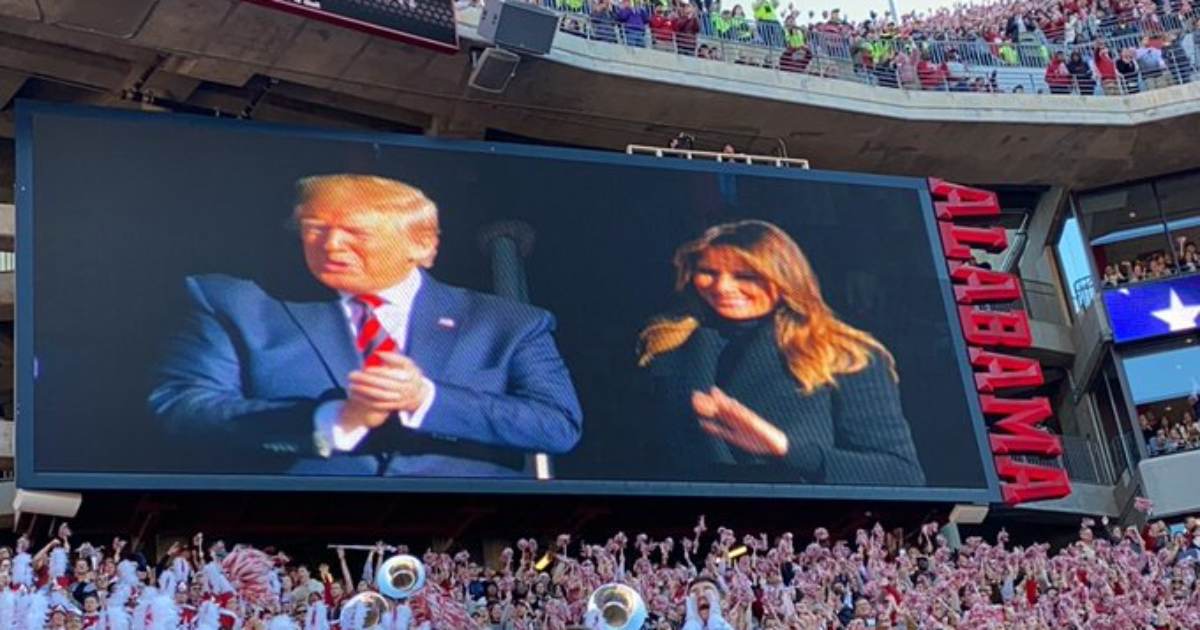 President Trump’s high-profile support of manly sports is scoring points for him in the battleground states.  While Elizabeth Warren and other Democratic contenders are absent from marquee athletic competitions, Trump is being seen by millions of Americans as an ordinary guy cheering alongside the rest of us at the World Series.

Trump also attended a college football game between the top two teams in the nation, LSU and Alabama. This all-star match dubbed the “game of the century” was played deep in conservative Alabama where Trump will be running up the score on Election Day next fall. He even made a celebrated visit to the Ultimate Fighting Championship in his hometown of New York City.

All three of these sports – baseball, football, and ultimate fighting – are manly traditions which have become politically incorrect at the liberal universities where Professor Warren comes from.  Millions of women are huge fans of the same competitions which Trump attends, but liberal feminists are not. Thankfully, Trump isn’t kowtowing to the feminists. That’s just another reason why America loves him.

Trump’s trip to the small town of Tupelo, Mississippi, attracted a full house at the 10,000-seat BancorpSouth Arena, with many thousands more gathered outside. Amid the backbiting by the swampy Democrats in D.C., Trump held another rally at the 23,500-seat Rupp Arena in Lexington, Kentucky, home of the Wildcats college basketball team.

Voters are siding with Trump in the key battleground states that will decide the upcoming presidential election like Pennsylvania, Wisconsin, North Carolina, Florida, Arizona, and Michigan. Despite all the Democratic maneuvering about impeachment, Trump leads in these states. National polls for the presidential election have been almost meaningless. California has the most voters but it’s made itself politically irrelevant by turning so far leftward. It hurts the Democratic contenders to keep pandering to voters in California. Hillary Clinton racked up millions of extra votes there, but those votes were wasted as Trump won all the battleground states. If Democrats really want to succeed, they will move their focus to the land of baseball and football, the part of middle America where family values still reigns supreme.

What You Need to Know is the House GOP Must Exercise Power of the Purse. We’re back to following the money this week, this time in Congress! House … END_OF_DOCUMENT_TOKEN_TO_BE_REPLACED

What You Need to Know is Mom first! Life begins at conception. But what if the pro-life movement reframed the battle. What if we advertised that life … END_OF_DOCUMENT_TOKEN_TO_BE_REPLACED