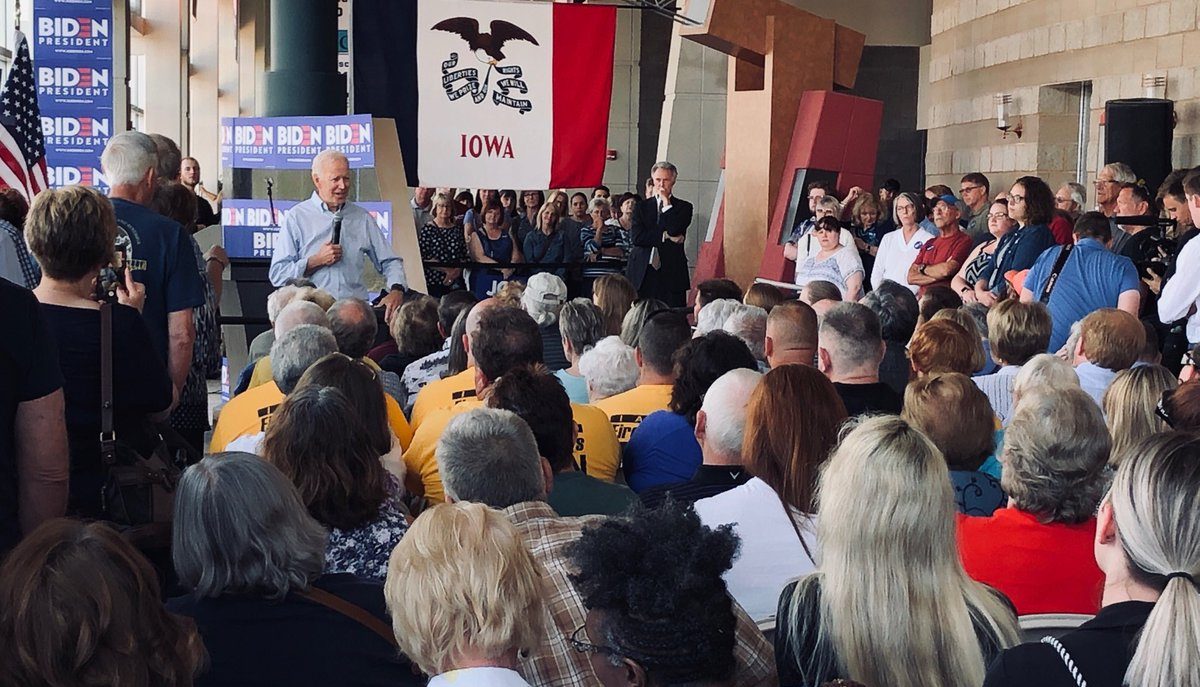 President Trump and Joe Biden held dueling rallies in Pennsylvania, but there was a big difference in terms of enthusiasm.  Biden’s campaign kickoff may have drawn a respectable crowd to a cordoned-off thoroughfare in downtown Philadelphia, but Trump attracted thousands more for an energized rally inside a hangar at the Williamsport Regional Airport. You can tell the president is riding high on his two-year track record of pro-America victories. The American people are primed to vote for another four years. Wannabes like “CreepySleepy Joe” and Beto O’Rourke just can’t compete with a winning message and a winning history to back it up.

In between the dueling rallies, the people of Pennsylvania witnessed the demolition of Bethlehem Steel’s empty former headquarters. It used to be the largest building in Pennsylvania’s Lehigh Valley, but it turned into a symbol of a failing economy for blue collar workers when it closed down in 2007.  Trump wants to rebuild America’s manufacturing power in Pennsylvania and elsewhere. He’s being turning that goal into reality for two years. In stark contrast, Biden’s platform is to forget about how China has been eating America’s lunch because of bipartisan globalist free trade policies.

At Trump’s rally, attendees cheered as the President recognized a supporter who wore a suit designed like a red brick wall and carried a sign saying “Build me.”  The elderly Biden was low energy and low-key. The only somewhat interesting thing he did was perform the mental gymnastics necessary to call for “unity” while denouncing everyone who disagreed with him.

While Biden’s performance may be a bad omen for the Democrats, the worse news for them is that Biden’s rivals are even less credible.  “Beto” O’Rourke dropped like a stone after launching his campaign by saying he was “born to run.” “Born to lose” is more like it.  Losing a Senate race despite having money to burn is not exactly a stepping-stone to the presidency. There is one thing you have to say for Beto and Biden. They really can bring the American people together. Both Democrats and Republicans agree that the likes of Beto and Biden have zero chance of defeating the formidable Trump in 2020.

Proving once again that he is in touch with ordinary Americans, Donald Trump selected education for the first video message of his 2024 presidential … END_OF_DOCUMENT_TOKEN_TO_BE_REPLACED

Phyllis Schlafly Eagles · #WYNK: Trump's Record is Baked In | January 30, 2023 #ProAmericaReport The following is a transcript from the Pro … END_OF_DOCUMENT_TOKEN_TO_BE_REPLACED

What You Need to Know is Trump’s record is baked in. He’s already been torn apart every which way and his record stands with all the things you like … END_OF_DOCUMENT_TOKEN_TO_BE_REPLACED

Phyllis Schlafly Eagles · February 3 | "Woman" Is the Word of the Year The internet is a powerful tool that most of us use every day. … END_OF_DOCUMENT_TOKEN_TO_BE_REPLACED