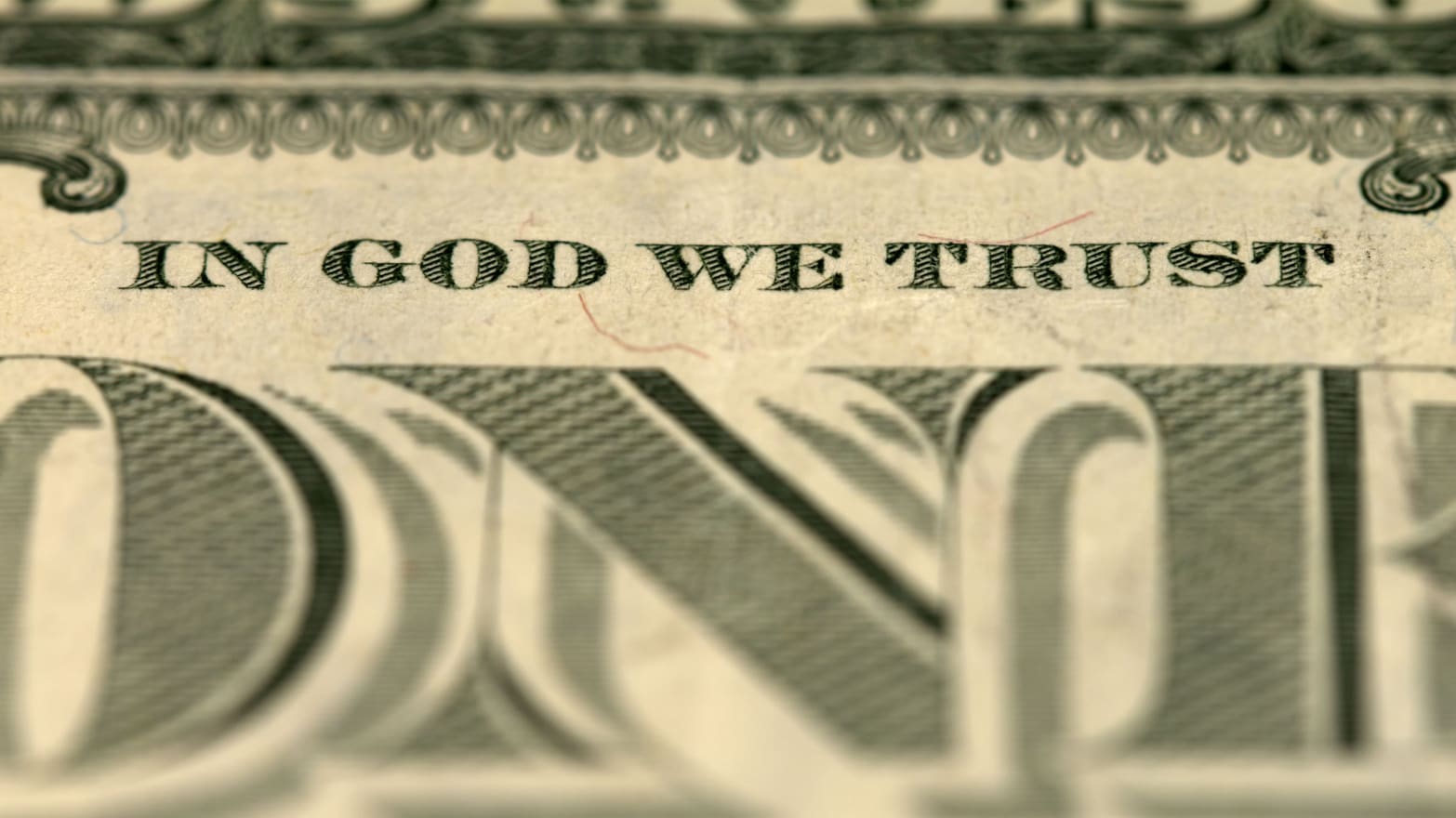 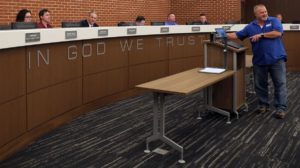 Groups of citizens are now trying to hang “In God We Trust” banners on the walls of auditoriums where city councils or school boards have their official meetings. We urge you to cooperate in that patriotic project.

Yesterday was an anniversary you probably didn’t hear about. It was on March 3, 1865 that President Abraham Lincoln signed an act of Congress for the last time before his assassination. It was a law requiring that the motto “In God We Trust” should be inscribed on all our national coins. In a later year, on March 3 in 1931, Congress adopted Francis Scott Key’s Star­ Spangled Banner as our NationaL Anthem. The fourth stanza of our National Anthem proclaims: “And this be our motto, In God is our trust.” This motto was then inscribed in the U.S. House Chamber above the Speaker’s rostrum; above the Senate’s main southern door; on a tribute block inside the Washington Monument; and on a stained-glass window in the chapel in the U.S. Capitol. This motto has been frequently quoted by our nation’s presidents prior to Barack Obama, who never refers to it.

President Harry Truman said in 1949: “When the U.S. was established… the motto was ‘In God We Trust.’ That is still our motto and we still place our firm trust in God.” Then, when President Dwight Eisenhower spoke at a ceremony in 1954 honoring the first stamp bearing the motto “In God We Trust,” Eisenhower said: “America’s greatness has been based upon a spiritual quality … symbolized by the [postage] stamp that will be issued today … [which] places a message: ‘Here is … the land that lives in respect for the Almighty’s mercy to us.’ … Each of us, hereafter, fastening such a stamp on a letter, cannot fail to feel something of the inspiration that we do whenever we … read “In God We Trust.”

Groups of citizens are now trying to hang “In God We Trust” banners on the walls of auditoriums where city councils or school boards have their official meetings. We urge you to cooperate in that patriotic project.

What You Need to Know is we are in a proxy war with Russia. Until now, we’ve been able to at least try to say we have given Ukraine defense weapons … END_OF_DOCUMENT_TOKEN_TO_BE_REPLACED

What You Need to Know is a lesson on documents and double standards. Suddenly everyone has classified documents and everyone is spinning the stories … END_OF_DOCUMENT_TOKEN_TO_BE_REPLACED

What You Need to Know is to thank the Freedom 20 who took up the House Speaker fight last week. Get the list here — it only takes 3-5 minutes … END_OF_DOCUMENT_TOKEN_TO_BE_REPLACED

What You Need to Know is Ours is a Religious Nation. Phyllis Schlafly reminded us of this plain fact in her column on Christmas Eve 1982. Our founders … END_OF_DOCUMENT_TOKEN_TO_BE_REPLACED

What You Need to Know is government accountability is lacking and it’s getting worse. No one knows who’s written this massive spending omnibus bill … END_OF_DOCUMENT_TOKEN_TO_BE_REPLACED

What You Need to Know is Mom first! Life begins at conception. But what if the pro-life movement reframed the battle. What if we advertised that life … END_OF_DOCUMENT_TOKEN_TO_BE_REPLACED