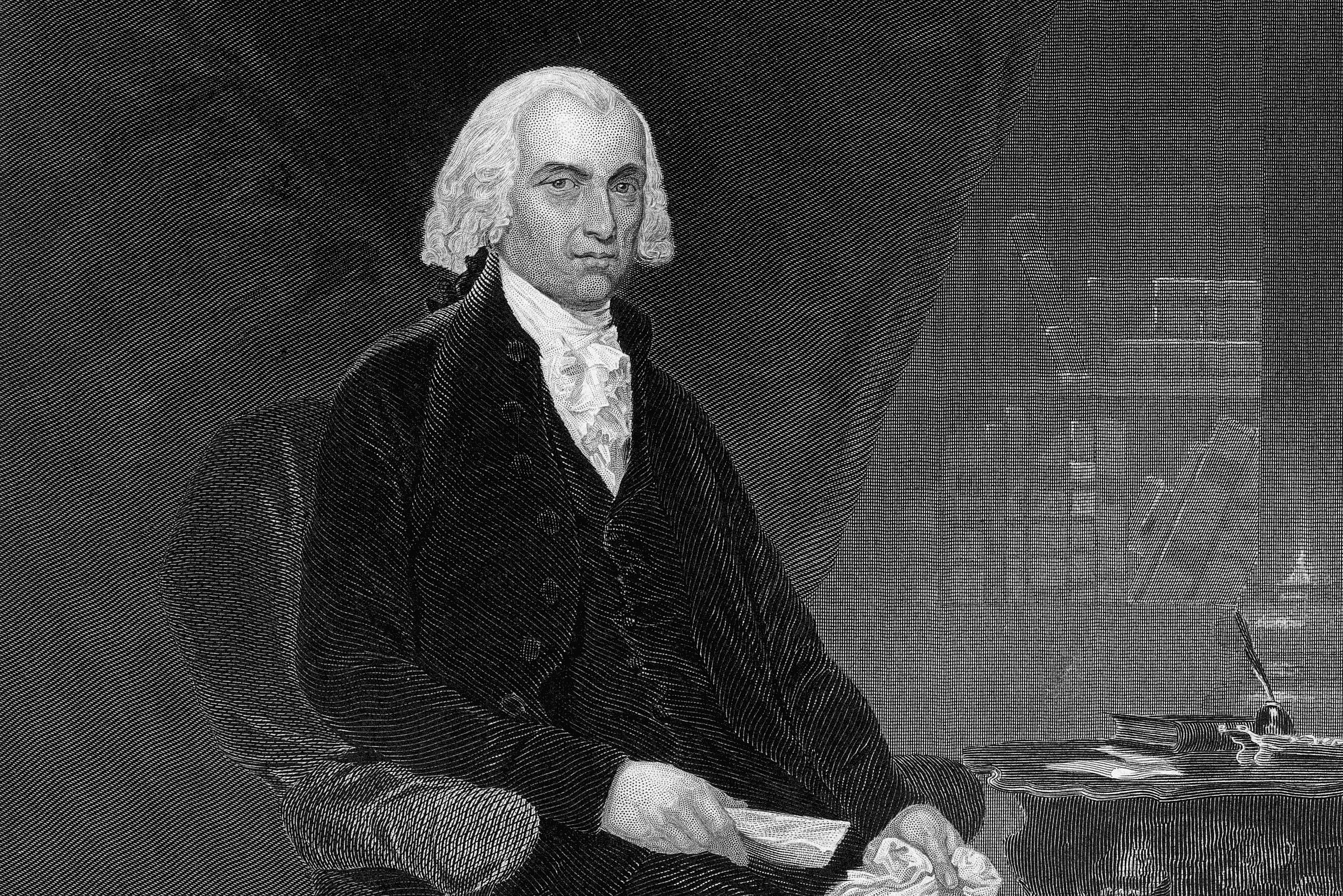 While James Madison’s role as the father of the United States Constitution is widely understood, his passion for securing religious freedom is not.  Yet there is no principle in all of Madison’s long public career that he held with greater tenacity than a belief in religious liberty.  His defense of religious freedom began when he stood with his father outside a jail in the village of Orange and heard Baptists preach from their cell windows.  Madison wrote of a similar incident to William Bradford on this day – January 24 – in 1774, saying “There are at this time in the adjacent Culpepper County not less than five or six well-meaning men in jail for publishing their religious sentiments which in the main are very orthodox.” 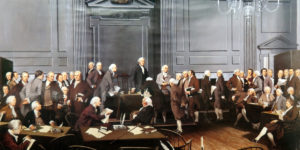 It is thanks to Madison that the First Amendment to the U.S. Constitution contains the words “free exercise” rather than “toleration” as the national standard for protecting religious liberty.

James Madison wrote Virginia’s first constitution, and helped pass the Virginia Bill of Rights, which stated: “Religion, or the Duty which we owe our Creator, and the Manner of discharging it, can be directed only by Reason and Convictions, not by Force or Violence; and therefore all Men are equally entitled to the Free exercise of Religion, according to the Dictates of Conscience…”

The original draft, written by George Mason, used the word “toleration,” but Madison objected to that word because it implied that the exercise of faith was a gift from government rather than an inalienable right.  Madison’s substitute read, “all men are entitled to the full and free exercise” of religion, and that language was accepted.

Over the next decade, Madison was involved in various religious liberty battles in the Virginia legislature.  Some have tried to claim that Madison’s writings really mask an antipathy to religion, but that’s simply not true. Madison was a committed Christian – a Baptist – and he just didn’t want the new government to use taxpayers’ money to prop up the Anglican church.  Madison made freedom of conscience the centerpiece of all civil liberties.

It is thanks to Madison that the First Amendment to the U.S. Constitution contains the words “free exercise” rather than “toleration” as the national standard for protecting religious liberty.  That’s the standard he first raised in Virginia and sustained throughout his political career.

What You Need to Know is Biden is marching toward America Last. Even as our continue to get entangled in NATO and their picking a fight with Putin. … END_OF_DOCUMENT_TOKEN_TO_BE_REPLACED

What You Need to Know is Republicans cave on gun rights. Senate Republicans have put on full display the ruling class uniparty by compromising with … END_OF_DOCUMENT_TOKEN_TO_BE_REPLACED

What You Need to Know is the Cartels Control the Border! The drug cartels control America's borders and our sovereignty. We are seeing more caravans … END_OF_DOCUMENT_TOKEN_TO_BE_REPLACED

For Immediate Release: June 27, 2022Contact: Ryan Hite, Communications Director Washington, D.C.: “Praying in public is not a crime, and the … END_OF_DOCUMENT_TOKEN_TO_BE_REPLACED

What You Need to Know is about Carson v. Makin. This decision ruled that you cannot focus and discriminate against private schools — Supreme Court … END_OF_DOCUMENT_TOKEN_TO_BE_REPLACED

“I never like to take credit for anything,” Donald Trump told a hostile reporter last month. “God made the decision,” he added recently about the … END_OF_DOCUMENT_TOKEN_TO_BE_REPLACED

Phyllis Schlafly Eagles · June 28 | Pro-Life Without Exceptions: Rape and Incest The biggest enemy of the pro-life movement cannot be found among … END_OF_DOCUMENT_TOKEN_TO_BE_REPLACED