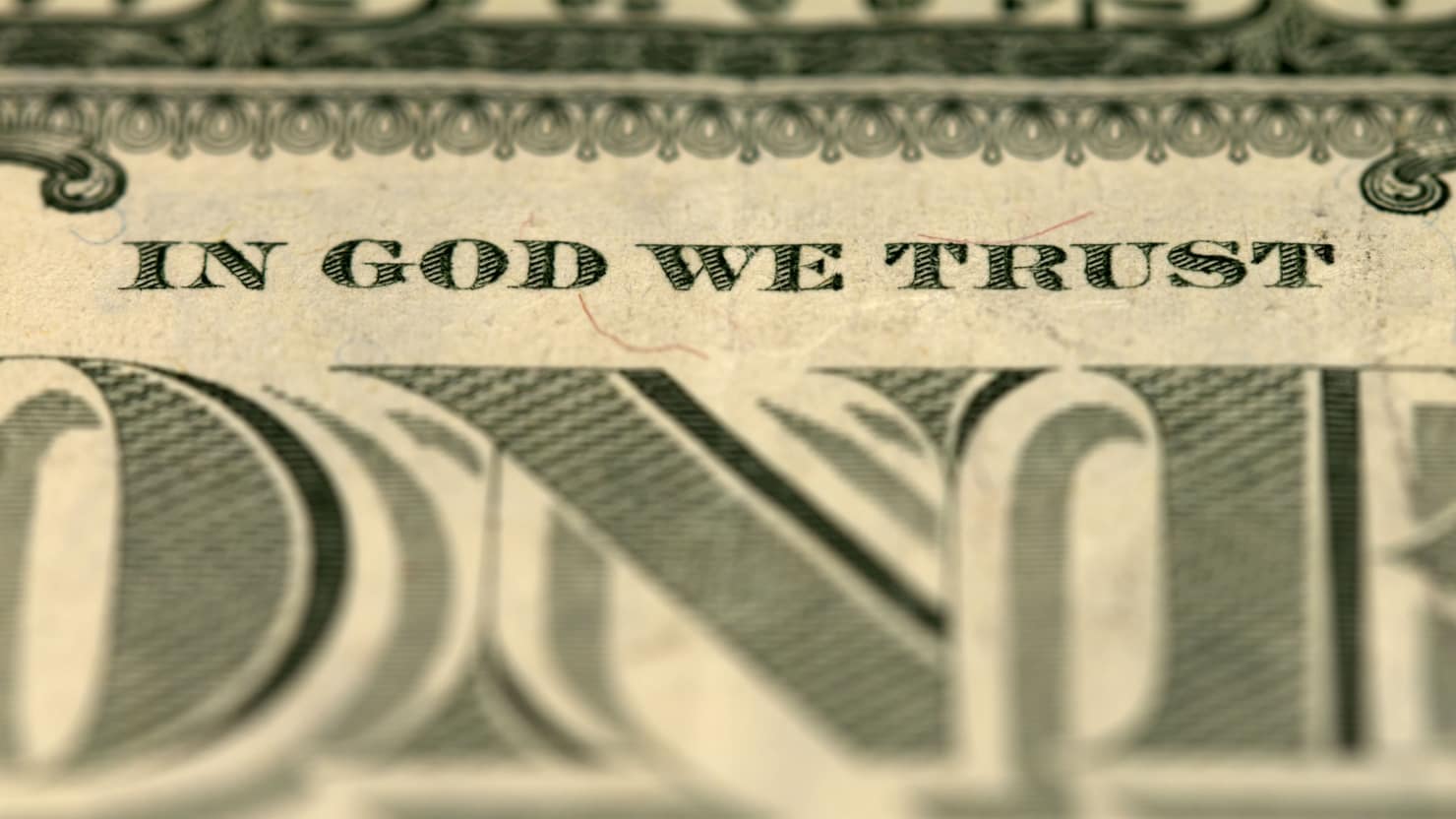 Dozens of cities and counties are currently displaying our national motto, “In God We Trust,” on banners and signs at city halls and county courthouses. Our motto is displayed in Congress, too. This is a reaffirmation of our nation’s history, culture, and tradition.

This is the time to show the newcomers what America stands for, and how better to do this than by the frequent display of our national motto, “In God We Trust.”

Every American President, including Washington and Lincoln, repeated this motto in speeches, letters, and prayers, especially when declaring our annual National Day of Prayer. Francis Scott Key, in composing The Star Spangled Banner in 1814, included this line in his song: “And this be our Motto, in God is our Trust.” In 1931, Congress officially adopted the Star Spangled Banner as our National Anthem, including those words. In 1864, Congress placed “In God We Trust” on certain coins, and now this motto is on every bill and coin in your pocket or purse. God’s name is engraved on dozens of national monuments and on thousands of state monuments all over our country. No court has ever ruled our motto illegal or an unconstitutional violation of church and state.

As our nation accepts more immigrants from different cultures, there seems to be a move to banish  our references to God that have always  been  part of our American identity. However, as the old adage goes, “When in Rome, you should do as the Romans do,” so I think the newly arrived immigrants should adapt themselves to the American way.  After all, we assume they came to live with us because they think America is a better  country than the one they  left  behind.  This is the time to show the newcomers what America stands for, and how better to do this than by the frequent display of our national motto, “In God We Trust.” Is our national motto displayed on the walls of your own city hall and county courthouse? It would be a good project for you to check this out.

What You Need to Know is elections have consequences! The Biden Administration has dismantled a large commission in the State Department that focused … END_OF_DOCUMENT_TOKEN_TO_BE_REPLACED

What You Need to Know is beware of the vaccine bullies! Science is good and there are good vaccines out there. However, we have a lot of vaccines in … END_OF_DOCUMENT_TOKEN_TO_BE_REPLACED

What You Need to Know is stop talking about fraud and start talking about voter confidence! Polling shows that a majority of Americans (and even a … END_OF_DOCUMENT_TOKEN_TO_BE_REPLACED

Congressional Democrats have filed a bill to pack the Supreme Court with four more justices. Your action today is needed to stop their blatant … END_OF_DOCUMENT_TOKEN_TO_BE_REPLACED