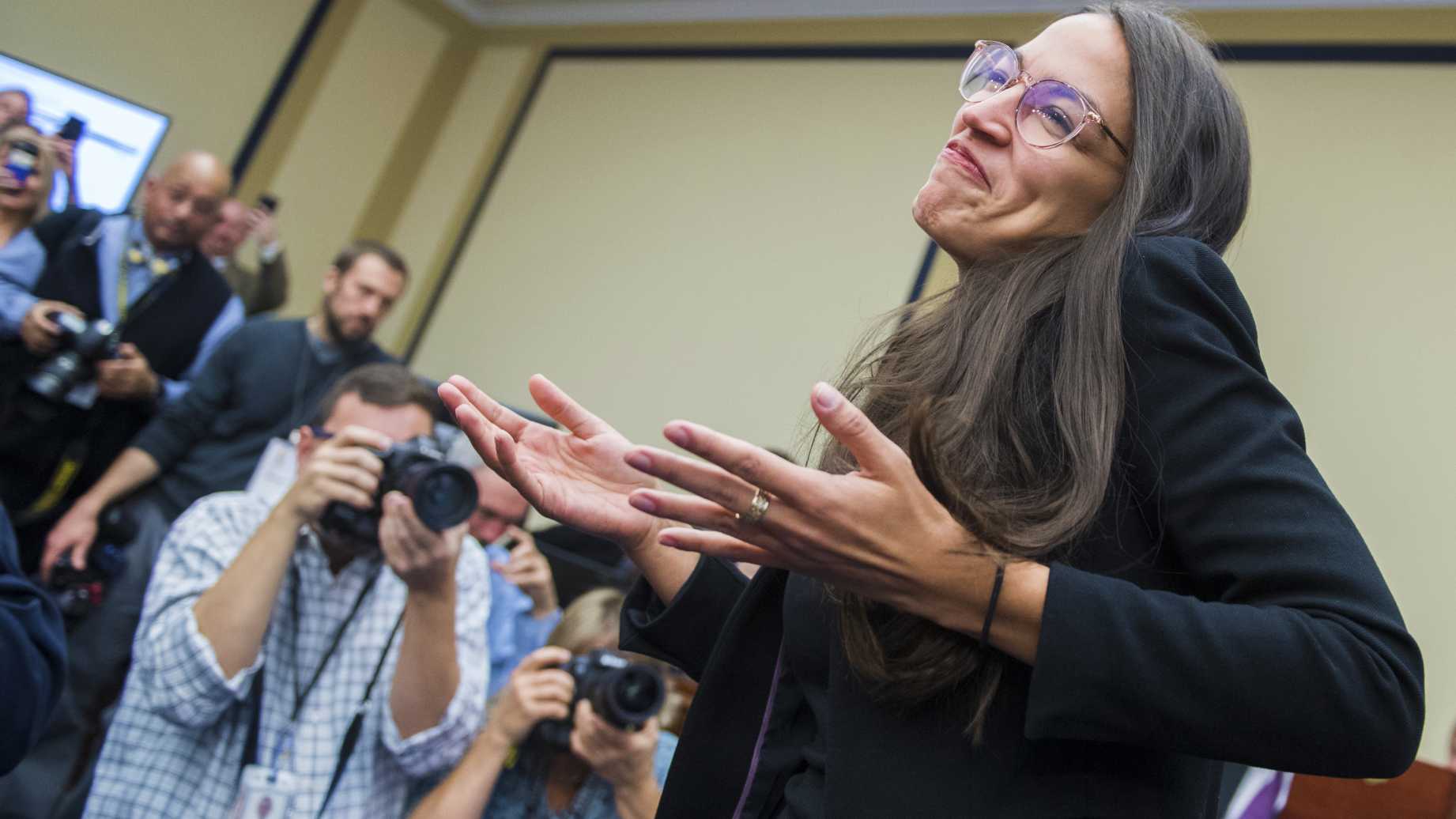 As Congress convenes this week, we are still left to ponder some of the astoundingly “out-there” candidates that are now becoming Congressmen. The new, younger Democratic-Socialist face of the Democrat Party has flaunted their inexperience and general ineptness several times even since the elections last November. 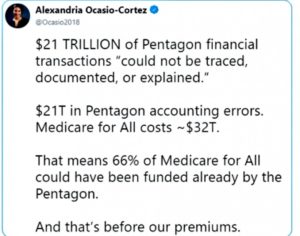 There are many concerns about this statement. Does she not understand that even by her claim, she’s referring to money already spent?

One name that comes to mind is the New York socialist Alexandria Ocasio-Cortez. One of her more interesting bumbles before the end of the year came in the form of trying to justify the existence of a $32 trillion government healthcare system that is miserably failing. In trying to build off of a report on Pentagon accounting from the far-left publication “The Nation,” Ocasio-Cortez made the erroneous claim that “$21 trillion of Pentagon financial transactions ‘could not be traced, documented, or explained.’ … That means 66% of Medicare for All could have been funded already by the Pentagon.”

What about that she’s seeking to replace a legitimate function of government (defense) with a function that is not (healthcare)? But the most obvious problem, and the least political, is the sheer fact that these numbers can’t even possibly be true. According to the Office of Management and Budget, the ENTIRE Pentagon budget from 1789-2018 has only totaled $18 trillion. There is simply no way that they have spent, let alone can’t account for, $21 trillion.

But these looney antics are nothing new from now-Congresswoman Ocasio-Cortez or from her comrades. These new Democratic Socialists repeatedly jump into arguments that must seem like good ideas, but without the facts and reason they simply crash and burn. Thankfully, not even mainstream media can keep the public eye off of this trainwreck. As these ridiculous factual errors and logical missteps continue, average Americans are quickly distancing themselves from the Democrat party.  Even old-guard Democrats are stepping back, and the results for the DNC’s future could be catastrophic.

As the new left and the old left fight for control, Americans just want something that works for them, and they know the Trump administration. The Democratic field for 2020 is already going down in flames.

The dramatic exit last Friday by Rep. John Katko (R-NY), who announced he would not run for reelection, may have shocked liberals but was no surprise … END_OF_DOCUMENT_TOKEN_TO_BE_REPLACED

If the education establishment wants to know why public schools don't get much respect from our citizenry, they need look no further … END_OF_DOCUMENT_TOKEN_TO_BE_REPLACED

Robert Strange McNamara belongs on the daytime soap operas. Better yet, his histrionics belong on Donahue or Geraldo or Sally Jesse Raphael. We are … END_OF_DOCUMENT_TOKEN_TO_BE_REPLACED