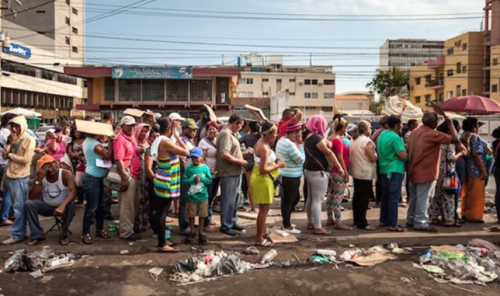 It has become increasingly difficult to believe that the nation the Founders envisioned will even be remotely recognizable in a couple of decades down the road.

Even today, when you realize that so many of those elected to defend our Constitution and our borders don’t care to defend either, and that even after eight years of Barack Obama’s spineless administration, the voters handed control of the House back to the Democrats, you begin to realize that the ignorance of the American voter and changing demographics both argue against a restoration of anything close to the ideal.

This isn’t to say that things were ever perfect in this nation. We have been bedeviled by slavery, Jim Crow laws and the usual corruption of our ruling class. But today you can add to the list the federal support of Planned Parenthood, the abortion mill made sacrosanct by Congress; the largest market in the world for heroin, cocaine, meth and fentanyl, with voters constantly deciding to legalize the use and sale of marijuana; gender-confusion; same-sex marriages; an eroding education system; and a nation-wide propaganda network devoted to promoting socialism, all the while pretending to be objective dispensers of news, due all the protections of the 1st Amendment.

Liberals have a convenient way of forgetting what they don’t wish to remember, such as FDR aligning himself with Joseph Stalin in the 1940s and Barack Obama prostrating himself before Saudi King Abdullah, not to mention vowing to be increasingly flexible in his dealings with Russia after the 2012 election.Likewise difficult to comprehend is how this nation’s crop of snowflake college students share DNA with the guys who gave their all in places like Iwo Jima, Tarawa and Guadalcanal, while their great-grandparents were fighting and dying in the trenches of World War I, and their grandparents were laying down their lives to protect western civilization from the Nazis.  Now many of the young are lining up behind the likes of Bernie Sanders and Alexandria Ocasio-Cortez.  They are in for everything and anything so long as it’s free.  The only item they seem ready, even eager, to forego is freedom.

As for Ocasio-Cortez, as the newest Democrat Congresswoman elected in the State of New York representing the Bronx and Queens, she is a hardcore communist, a Bernie aficionado, and like Bernie is a member of the Democratic Socialists of America. Many see her, along with socialist Sen. Bernie Sanders, I-Vt., as carrying the mantle for a renewed socialist trend in the United States among millennials. Indeed, socialism enjoys stronger support among millennials than any other generation today.

Why the growing popularity of Socialism among young people?

Often attributed to Karl Marx: “Keep people from their history and they are easily controlled.”  How true!

A whole generation has grown up for whom the Soviet Union is just a distant historical memory.

They don’t have a personal memory of when the Soviet Union came crashing down in 1991 — dramatic proof that its socialist system was a dismal failure — because they have never been taught about the history of socialism in order to feel national pride over the fact that, in contrast, the free economy of the United States had succeeded in producing the highest standard of living and greatest material wealth in world history.

This video, “When You’re A Commie, Work For The State, And Always First In Line For Bread”, demonstrates how the Socialist/Communist ideology is being taught to students.

Of great concern is a survey conducted for the Foundation for Liberty and American Greatness which shows how younger Americans are turning on the country and forgetting its ideas.  Nearly half believe this nation isn’t “great,” and many see the U.S. flag as “a sign of intolerance and hatred.” They also believe that former President Barack Obama had a “bigger impact” on the United States than the father of the country and leader of the Revolutionary War, President George Washington.

The young have been brainwashed into thinking that socialism is Utopia, but what about older Americans?   Do most Americans even realize this nation is well on its way to becoming a socialist country, and that its transformation will continue with little push back if Democrats have their way in January?

Socialism and our nation

Many Democrats in Congress are becoming more open about their socialist inclinations although they still lie about socialism’s ability to make the world a better place.  In an interview in New York Magazine, New York Mayor Bill de Blasio pined for government control over everyone’s property –their homes, their businesses, everything, saying, “I think there’s a socialistic impulse … if I had my druthers, the city government would determine every single plot of land, how development would proceed.”

There is a definite socialist impulse in this nation which require centralized power to wield power over others.  Democracy, however, is an obstacle because its freedoms must be suppressed for socialism to thrive.  Because socialism and freedom cannot be combined, the Democrat Socialism that is now thriving here in the U.S. poses a grave threat to our freedoms.  Frightening is that some of the changes taking place are more akin to fascism than socialism!

One very important aspect brought about by the advance of collectivism in this nation are the changes in the national character and moral climate associated with the Anglo-Saxon virtues on which Americans were generally recognized to excel.

These virtues include independence and self-reliance, individual initiative and local responsibility, the successful reliance on voluntary activity, and a healthy suspicion of power and authority.

All are being destroyed due to the progress of collectivism and its centralist tendencies.

Although education is best controlled when it is in the hands of locals, responsive to the wishes of the parents and the community, it has been centralized with the Common Core curriculum.  Spouting leftist propaganda, it fails to prepare students to exercise their proper share of control over their government.

Love of Family, Friends, and God are blessing that have no basis in materialism and are all parts of America’s heritage that bring satisfaction and happiness.  These blessing are being eroded as more and more people become dependent on a centralized government as their nanny and provider.

The accepted standards of justice should be through laws which have been formulated through hundreds of years of man’s struggle to find a livable code.  Judges in our system are sworn to live up to this law and not to impose their own arbitrary standards of judgment.  Instead of a government with laws, our nation is becoming a government of men, where there is not equal justice under the law.  Democrats are given a free pass, while Republicans are prosecuted for crimes that are often manufactured.

A nation must be composed of citizens who are free to think for themselves and can voice their opinions without being silenced.  Once more a double standard exists where Democrats decide what terms are proper to use and what speech and thought are acceptable to be heard.

As to U.N. dictates, President Trump has refused to sign on to two U.N. socialist generated schemes for world control that would impact negatively upon this nation: the Paris Climate Accord and the  United Nations Global Compact for Migration.  As to the controversial United Nations agreement aiming to accelerate mass immigration into the West, governments across Europe are refusing to join.  The president of France, in trying to conform to the Paris Climate Accords, had to retreat from his plan to raise already steep taxes on diesel fuel needed to curb climate change by weaning motorists off petroleum products because of violent protests.

The ideal state for Democratic socialists, who like their counterparts in Europe are also globalists, is a one-world government whose rules are set by the dictates of the U.N. Accordingly, Ocasio-Cortez has proposed what she calls a “Green New Deal,” requiring “the investment of trillions of dollars,” to transition the United States to a 100 percent renewable energy system by 2035. In Europe, which is much further down the road to energy socialism than most of the United States, thousands of people die in winter due to a lack of reliable heat, and during the summer from not having access to reliable air conditioning. These are third-world energy problems brought on by increasing government control over the energy system

Likewise be aware of a “Medicare for All” plan being pushed by Senator Bernie Sanders and endorsed by a host of Democratic Socialist congressional and presidential hopefuls, includes Ocasio-Cortez.  A study by the George Mason University Mercatus Center claims Medicare-for-All would cost $32.6 trillion in government spending over 10 years.  Mere pennies!

Eternal vigilance is the price of liberty

Socialism, faithfully implemented, could cripple our nation’s peace and prosperity. You don’t even have to look back to the Soviet Union to see this. Venezuela is just the latest tragic example of socialism’s devastation.

For years Democrats have said this nation should be more like Europe, but socialist Europe is failing. The proposed socialist agenda of Nancy Pelosi’s US House would be disastrous for this nation.

For all its high-minded fairness socialism doesn’t work, but do American citizens no longer care?  It’s not just a castle in the air — it’s the promise of a palace that is really built on quicksand.

What we must remember is that America is not immune.

As President Ronald Reagan famously said, “Freedom is never more than one generation away from extinction. We didn’t pass it to our children in the bloodstream.”

Disclaimer:  There are many establishment Republicans who on many issues have forgotten what their party stands for, choosing instead to follow Democrats down the path to socialism which is not compatible with our Constitution. These Republicans are just as dangerous as their Democratic Socialist counterparts in trying to stifle Trump’s goal to enact policies designed to Make America Great Again, in contrast to their globalist, world-view aspirations.

What You Need to Know is The Bureaucratic state is the bigger problem here.  Yes, we have     to drain the swamp of elected officials … END_OF_DOCUMENT_TOKEN_TO_BE_REPLACED

What You Need to Know is We the People are solid and strong! America is strong too. What we are seeing in Washington, D.C., in the Capitol, and in … END_OF_DOCUMENT_TOKEN_TO_BE_REPLACED

What You Need to Know is the Supreme Court is the next target. The left, and the narrative machine, which of course targets people and issues to … END_OF_DOCUMENT_TOKEN_TO_BE_REPLACED

What You Need to Know about The Question of Conscience and Religious Freedom. We are watching the government mandate health care decisions on people … END_OF_DOCUMENT_TOKEN_TO_BE_REPLACED

What You Need to Know is what the Census results show! Americans are betrayed by the globalist elites as America is hollowed out. We are driving our … END_OF_DOCUMENT_TOKEN_TO_BE_REPLACED

What You Need to Know is Never Forget! 9-11-2001 proved American exceptionalism. The stories that were told of the conduct from that day were … END_OF_DOCUMENT_TOKEN_TO_BE_REPLACED

What You Need to Know is Crisis Afghanistan: Day 4. China on the Move — China is now the Belt and Road provider for the Taliban. Biden lessened … END_OF_DOCUMENT_TOKEN_TO_BE_REPLACED

Phyllis Schlafly Eagles · October 15 | Our Side of the Street Nothing conjures up feelings of elitism like mentioning Wall Street. You can hardly … END_OF_DOCUMENT_TOKEN_TO_BE_REPLACED 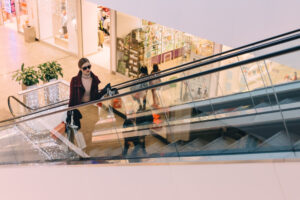 What You Need to Know is Voter confidence is the most important issue! Former President Donald Trump made a statement this week: “If we don’t solve … END_OF_DOCUMENT_TOKEN_TO_BE_REPLACED