One of Phyllis’s crowning achievements was to expose the truth about ERA. Most protections its proponents claim would benefit women are already codified in U.S. law, such as Equal Pay for Equal Work and the Equal Credit Act. In fact, laws which discriminate do so to protect women — such as exempting them from serving equally in military combat or allowing schools, prisons, and domestic violence shelters to exclude men on the basis of sex. But while much uncertainty swirls, one fact is not up for debate — the connection between ERA and abortion, redefinition of gender, and eradication of the natural family unit.

ERA supporters are playing fast and loose with the facts about the content and process of the Equal Rights Amendment! Don’t be fooled. Learn from history and study the facts of the battle over ERA. 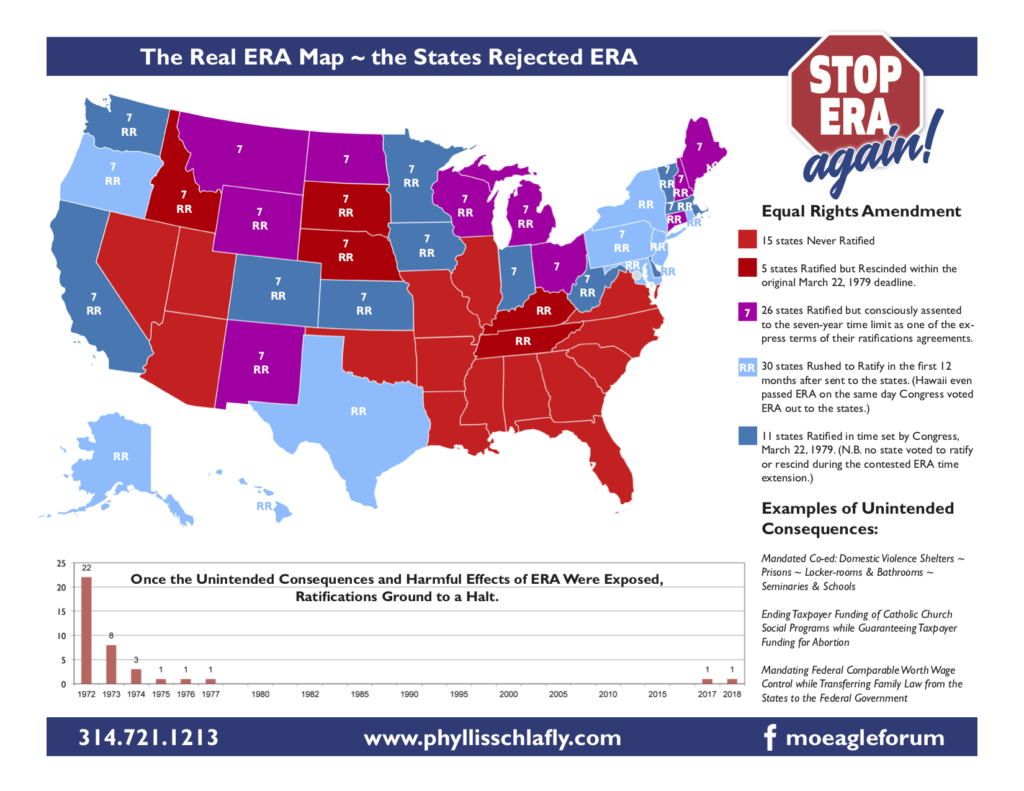