The push for amnesty for illegal aliens was turbo-charged in June by stories of separating children from their parents at the southern border. But children are often separated from lawbreaking and even law-abiding American parents, so it’s curious why liberals and others would suddenly complain when it happens to families for entering our country illegally. 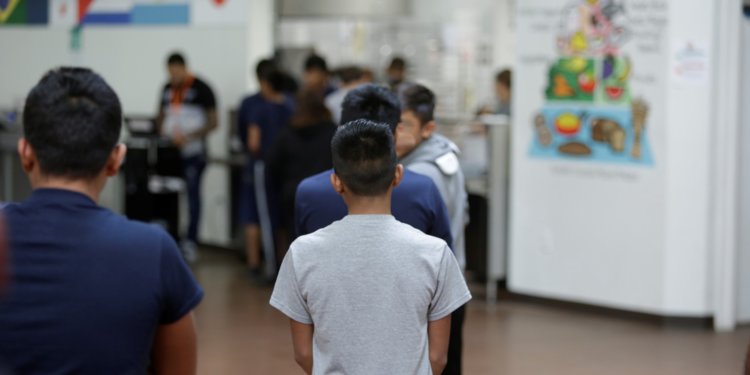 Of course, these liberal critics never provided an alternative to the current policy of prosecuting lawbreaking parents while allowing their children to go free. If we had a border wall – something else liberals oppose – then most of these separations would not occur.

Migrant camps would be needed to keep all families together as the adults break the law, but that is not an American approach. There is no crisis in Central America that justifies establishing refugee camps. “The United States will not be a migrant camp,” President Trump rightly declared, “and it will not be a refugee holding facility. Not on my watch!”

The timing of this media campaign against family separation was very suspicious. The push for an amnesty bill had reached a fever pitch for more than a million young adults, who are euphemistically called “childhood arrivals” (when in reality, many of them crossed our border illegally as teenagers).

These migrants would be wonderful assets to their homelands, and they have more relatives back home than they do here. Amnesty would merely encourage more illegality.

Lobbying groups in D.C. turned up the heat on congressmen to get amnesty passed, and the Koch donor network demanded it, too. Big business benefits from cheap labor that crosses our borders illegally.

Much to the Establishment’s sorrow, Trump announced in June that he would not sign the Ryan immigration bill. Trump should stick to non-negotiable requirements, including a withdrawal of jurisdiction from the courts over issues relating to construction of the wall, Trump’s executive orders concerning immigration, and challenges to deportation.

Congressmen Steve King and Lou Barletta have long been leaders on this all-important issue of immigration. Both opposed the compromise bill pushed on President Trump, and no bill on immigration is worth supporting unless Representatives King and Barletta are on board.

What You Need to Know is Title 42 is about to expire! What is your preference? Do you prefer we have a secure border and decide who we let in? Or that … END_OF_DOCUMENT_TOKEN_TO_BE_REPLACED

What You Need to Know Feminists don’t what they are doing! They are about to make another marketing error by utilizing all the wrong imagery and … END_OF_DOCUMENT_TOKEN_TO_BE_REPLACED

What You Need to Know is American drug overdose deaths hit a new record. We are up to 107,000 Americans who have died in the last year because of … END_OF_DOCUMENT_TOKEN_TO_BE_REPLACED

What You Need to Know is that systems aren’t working in America. From homelessness, to immigration, to inflation — we have a set of problems that … END_OF_DOCUMENT_TOKEN_TO_BE_REPLACED

Phyllis Schlafly Eagles · May 9 | How To Remake A Political Party Remaking a political party is difficult, but essential now as the entrenchment of … END_OF_DOCUMENT_TOKEN_TO_BE_REPLACED

Phyllis Schlafly Eagles · May 19 | Boys and Girls and Grades? ** Previously recorded by Phyllis Schlafly // May 2015 ** Colleges claim they … END_OF_DOCUMENT_TOKEN_TO_BE_REPLACED