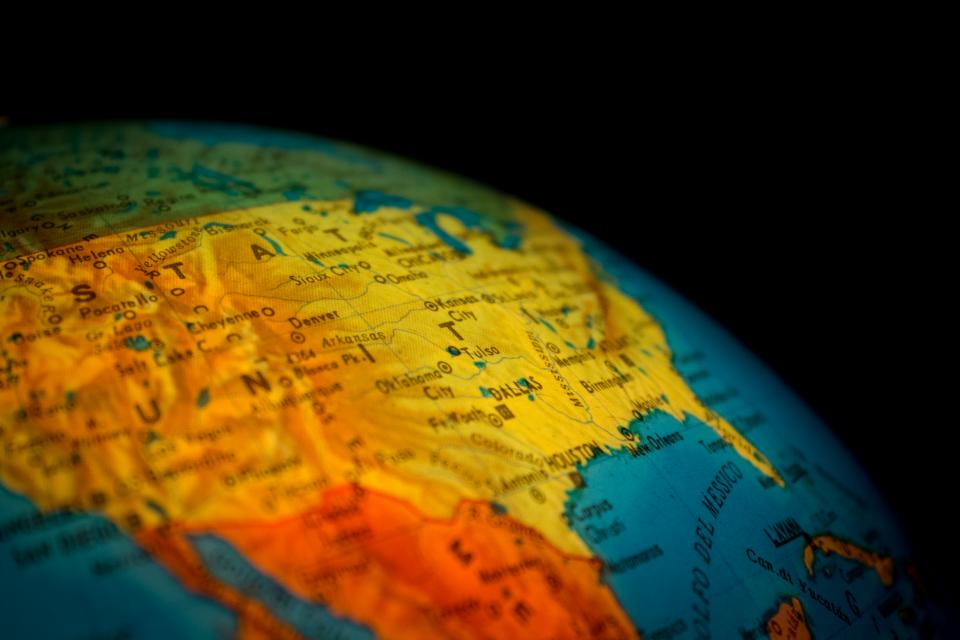 Since the 9/11 terrorist attacks, support for the United States has poured in from around the world, but the response from Mexico has been decidedly lukewarm. A Gallup poll reported that 78 percent of Mexicans oppose contributing troops to a multinational coalition, and we have seen no indication that Mexico will modify its oil policy of acting like a member of OPEC.

While there is no evidence that the 9/11 terrorists entered over the Mexican border, the trial in El Paso of an Iraqi smuggler produced evidence that he alone brought more than 1,000 Middle East illegals into the United States via that route, charging his clients $10,000 to $15,000 each. Border Patrol agents have confirmed the increase in illegal aliens coming from the Middle East across our southern border and the fact that Arabs pay up to $50,000 each for a “coyote” to smuggle them into the United States.

The 9/11 events have temporarily shelved the foolish proposals to grant amnesty to three million Mexicans illegally living in our country. Unfortunately, there is no indication that Mexico has retreated from its longtime goal of opening the U.S. border.

In Chicago on July 27, 1997, then Mexican President Ernesto Zedillo told the National Council of LaRaza, “I have proudly affirmed that the Mexican nation extends beyond the territory enclosed by its borders.” He announced a Mexican constitutional amendment that purports to allow Mexicans to retain their Mexican nationality even though they become U.S. citizens (which is contrary to the U.S. naturalization oath).

When President Vicente Fox came to the United States this year, he reiterated this line, proclaiming that “the Mexican nation extends beyond the territory enclosed by its borders” and includes migrants living in the United States. He called for open borders and endorsed Mexico’s new dual citizenship law.

Some Mexicans use the term “reconquista,” which is Spanish for reconquest, to describe their desire to see California, New Mexico, Arizona and Texas acquired by Mexico and named the new country of Aztlan. They are teaching their youth that the United States “stole” those areas from Mexico and that they should be “returned.”

The United States acquired the Southwest a century and a half ago in three ways: part by the 1845 annexation agreement with Texas, which was then an independent republic, part ceded by Mexico in the 1848 Treaty of Guadalupe Hidalgo after the Mexican-American War, and part by the 1852 Gadsden Purchase.

Mexico’s claim to the Southwest originated with the 1494 Treaty of Tordesillas, which drew an imaginary line on the map to divide the Western Hemisphere between Spain and Portugal. Because geography had so many unknowns at that time, Portugal got only Brazil (which is why Brazilians speak Portuguese).

Other countries never recognized this treaty, and Americans consider it ridiculous even to talk about giving the Southwest to Mexico. Most national borders all over the world have come about as the result of war.

Mexicans obviously have no thought of invading the Southwest with troops, so their hope is reconquista by migration, both legal and illegal. According to Mario Obledo, founder of the Mexican American Legal Defense & Education Fund, “California is going to be a Hispanic state and anyone who doesn’t like it should leave.”

An amnesty rally in the Los Angeles Sports Arena on June 10, 2000 attracted 25,000 people. In demanding amnesty for illegal Mexican aliens, the speakers proudly announced the names of at least a dozen unions in Los Angeles that are now headed by Mexicans.

Vicente Fox presented Mexico’s Congress with a five-year development plan to eliminate the U.S.-Mexican border. He said he plans to serve “the 100 million Mexicans who now live in Mexico and the more than 18 million who live abroad,” and to “strengthen our ability to protect and defend the rights of all Mexicans abroad.”

Juan Hernandez, appointed by Fox as special liaison to Mexicans abroad, lobbies to get U.S. driver’s licenses issued to illegal aliens and defends the Mexican government’s issuance of desert survival kits to those sneaking across the border. On ABC’s Nightline on June 7, he boasted: “We are betting that the Mexican-American population in the United States … will think Mexico first.”

Fox’s five-year plan calls for building a larger consular presence in the United States, and this is already in operation. In U.S. areas with large Hispanic (including illegal) populations, the Mexican consul donates to the local public schools the same textbooks that are used in every elementary school in Mexico, grades 1 through 6.

The books, written in Spanish and including all academic subjects, teach that America “stole” the southwest from Mexico and that Mexico is entitled to take it back. The Mexican government considers these textbooks a symbol of Mexican national pride, guarantees a set to every Mexican child, and makes it a crime for anyone to sell them.

The question we should ask our Mexican immigrant friends is, are you assimilating or invading?

What You Need to Know is Ray Epps was in on it! Who is Ray Epps? Congressman Jamie Raskin gave us the answer after the prompting by Congressman Thomas … END_OF_DOCUMENT_TOKEN_TO_BE_REPLACED

What You Need to Know to Understand is the danger of the Narrative Machine! Read this article from Tablet Magazine to help understand the connection … END_OF_DOCUMENT_TOKEN_TO_BE_REPLACED

What You Need to Know is the immigration invasion is a problem. In the United Kingdom, an Islamic terrorist killed a member of Parliament this past … END_OF_DOCUMENT_TOKEN_TO_BE_REPLACED

Phyllis Schlafly Eagles · October 18 | The Summer Soldiers of Globalism Biden seems to have timed his pullout from Afghanistan, not to minimize … END_OF_DOCUMENT_TOKEN_TO_BE_REPLACED

What You Need to Know is Martha’s Vineyard CNN coverage is funny! 'They enriched us.' Migrants' 44-hour visit leaves indelible mark on Martha's … END_OF_DOCUMENT_TOKEN_TO_BE_REPLACED

What You Need to Know is the media is finally reporting on the Southern Border! Governor Ron DeSantis and Governor Greg Abbott are forcing the media … END_OF_DOCUMENT_TOKEN_TO_BE_REPLACED

What You Need to Know about Priorities & America First. Phyllis Schlafly would give awards to significant people in her life. On these awards … END_OF_DOCUMENT_TOKEN_TO_BE_REPLACED