Thomas Homan, the acting director of U.S. Immigration and Customs Enforcement (ICE), is gearing up to defend and enact Donald Trump’s immigration agenda. Homan is now the nation’s top immigration enforcement officer, after working his way up through the ranks of the Border Patrol. 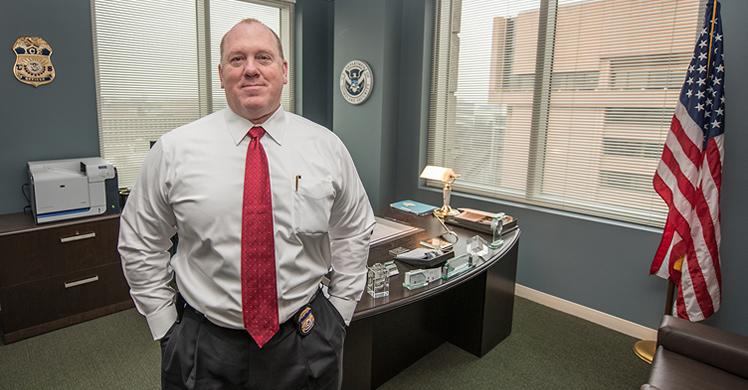 He is now the point man to enforce the deportation policies previously issued by the outgoing secretary of homeland security, General John F. Kelly, who is now the White House chief of staff.

Acting Director Homan created a bit of a stir back in June when he told a House appropriations subcommittee, “If you’re in this country illegally, you need to be worried. No population is off the table.” The next day he said he had “no regrets” for that statement, based on the experience of finding the bodies of 19 illegal immigrants, including a 5-year-old boy, who suffocated inside a locked tractor trailer in Victoria, Texas in 2003.

“Sanctuary cities are a criminal’s biggest friend,” Homan declared, hinting that local officials risk being prosecuted for violating the federal law that punishes anyone who tries to “conceal, harbor or shield” someone who is in this country illegally.

As if on cue, the enforcement agenda of Donald Trump and Tom Homan was justified by the July news that a criminal illegal alien named Sergio Jose Martinez broke into a 65-year-old woman’s home in Portland, Oregon, tied her up and sexually assaulted her, and then stole her car – all of this, after local authorities refused to honor an ICE detainer. Next he allegedly assaulted a second woman at knifepoint that same day.

Martinez was known as a meth-using street person with a long record of arrests, and had previously been deported at least 20 times, yet he was released by the local sheriff in defiance of ICE’s request. Earlier this year the Multnomah County Sheriff sent an astounding letter to reassure illegal immigrants that “The sheriff’s office does not hold people in county jails on ICE detainers or conduct any immigration enforcement actions.”

What You Need to Know is Pelosi is Wrong or Lying. The archbishop came out saying that Speaker Nancy Pelosi will be denied Holy Communion because of … END_OF_DOCUMENT_TOKEN_TO_BE_REPLACED

What You Need to Know is the Border is about to be totally open! In just a few days we are going to see around 18,000 illegal aliens crossing our … END_OF_DOCUMENT_TOKEN_TO_BE_REPLACED

The term “sanctuary city” is one of those dishonest terms the Left uses to make their bad policies sound better. Think about the Affordable Care Act. … END_OF_DOCUMENT_TOKEN_TO_BE_REPLACED

Sanctuary cities are a big problem for the rule of law, but we have a man in office who’s doing something about it. President Trump’s effective … END_OF_DOCUMENT_TOKEN_TO_BE_REPLACED