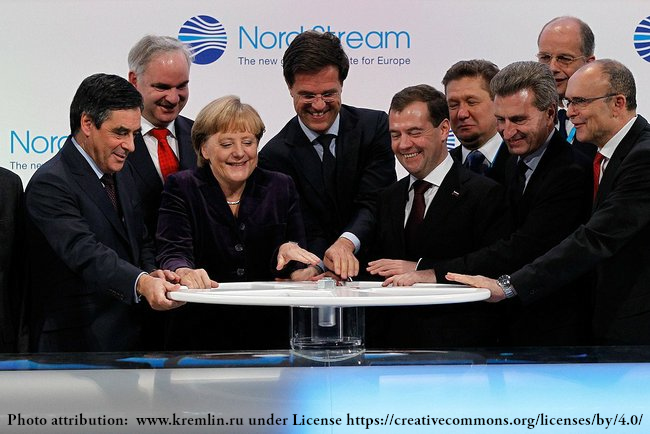 Phyllis Schlafly Eagles · April 6 | NATO Has Run Out of Gas

A harsh winter is a reminder of just how important affordable American energy sources are. Europe is weak because it is in the grip of an energy crisis with some prices soaring tenfold in just two years. Europe depends for nearly 30% of its oil and gas supplies on Russia. German manufacturing is particularly dependent for energy on Russia after environmentalists forced Germany to dismantle all 17 of its nuclear power plants that did not even contribute to any climate change. It doesn’t take a master tactician to realize the need for energy independence in the United States and pre-invasion sanctions against Russia, but the Biden Administration went soft on Russia by refusing to place any sanctions until the invasion was already underway.

Trump achieved oil independence for the United States for the first time in more than a half-century, but Biden has tried to make us dependent on foreign oil again. He reinstated Obama’s phony “social cost of carbon” that places a prohibitively high estimated cost on each ton of carbon dioxide released by an energy-related activity.

There is no credible evidence supporting such a “social cost of carbon,” which the good Louisiana Attorney General Jeff Landry has appropriately referred to as “voodoo economics.” He points out that Congress has never authorized the Environmental Protection Agency to issue regulations based on such an arbitrary estimate. Far be it from the Biden Administration to let a little thing like Congressional authority get in the way of their climate agenda.

It seems like gas prices are increasing on an almost daily basis, but rather than address that by allowing new drilling, Biden blusters that NATO will inflict tremendous hardship on energy exporter Russia despite Europe’s dependency on it for energy. Rather than own up to his terrible energy policies, the Biden Administration blames Russia for all its woes. The American people should not forget that gas prices were rising dramatically long before anyone was talking about Russia. The real “social cost of carbon” is an unnecessary dependency on foreign countries for energy. A NATO that has run out of gas is useless to protect America’s values and interests.

Phyllis Schlafly Eagles · #WYNK: Trump is Stronger Than Biden | January 27, 2023 #ProAmericaReport The following is a transcript from the Pro … END_OF_DOCUMENT_TOKEN_TO_BE_REPLACED

Phyllis Schlafly Eagles · #WYNK: We're In a Proxy War with Russia | January 25, 2023 #ProAmericaReport The following is a transcript from the … END_OF_DOCUMENT_TOKEN_TO_BE_REPLACED

What You Need to Know is a lesson on documents and double standards. Suddenly everyone has classified documents and everyone is spinning the stories … END_OF_DOCUMENT_TOKEN_TO_BE_REPLACED

What You Need to Know is a brief lesson in original classification authority. You can quibble about whether documents were properly declassified or … END_OF_DOCUMENT_TOKEN_TO_BE_REPLACED

What You Need to Know is the Chinese regime may be on the run. After years of their draconian ‘Covid Zero’ policies that brought more terror to an … END_OF_DOCUMENT_TOKEN_TO_BE_REPLACED

Phyllis Schlafly Eagles · February 3 | "Woman" Is the Word of the Year The internet is a powerful tool that most of us use every day. … END_OF_DOCUMENT_TOKEN_TO_BE_REPLACED

What You Need to Know is Tucker is allowing the will of the people to be heard! When a huge block of Republicans and so-called conservatives are … END_OF_DOCUMENT_TOKEN_TO_BE_REPLACED