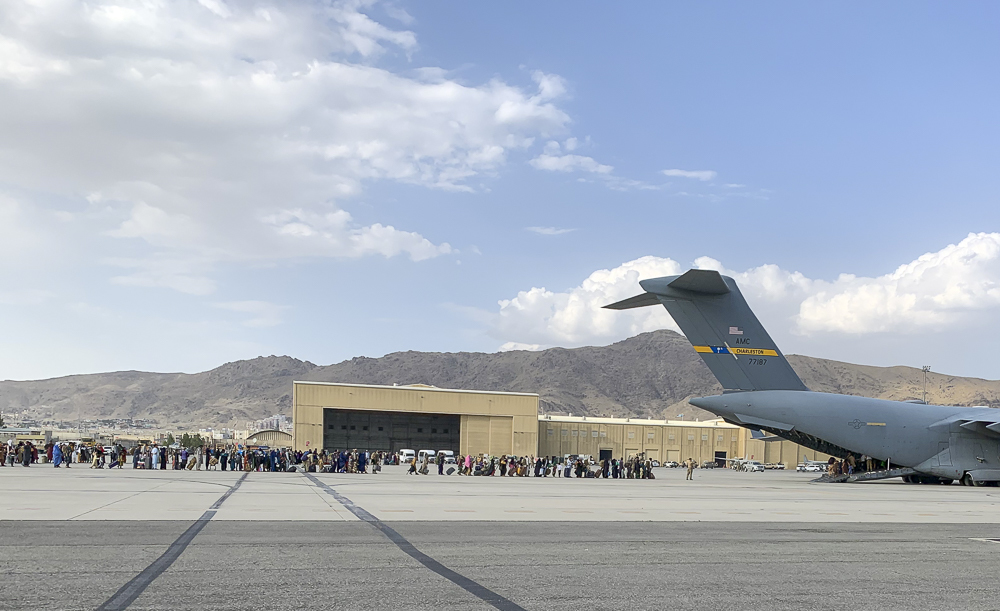 In 2007, our American troops began collecting biometric data about residents of Afghanistan. Mobile technology including the Biometric Automated Toolset (BAT) and Handheld Interagency Identity Detection Equipment (HIIDE) were used to identify our known allies and enemies in the region. These tools include a fingerprint reader, iris scanner, and camera, in order to build facial and fingerprint watchlists.

Placement on a watchlist in the United States could result in being kept off an airplane, which is inconvenient. But inclusion in these watchlists in Afghanistan can result in death.

White House press secretary Jen Psaki gave an unpersuasive denial of a report, by the left-leaning news website Politico, that the Biden Administration had given the names of attempted evacuees to the Taliban. Psaki said, “First let me say there have been reports that we provided lists of people who want to leave Afghanistan to the Taliban. That’s inaccurate. That’s misreported and misconstrued.”

But Biden himself admitted that he did know enough about such a list to respond to questions about it. He declared that he could not state “with any certitude that there’s actually been a list of names.” In other words, Biden has no idea whether such a list has been given to the enemy.

The ignorance of his national security team could have fatal consequences. The biometric database, now presumably in the hands of the Taliban, is a deadly “kill list.” It potentially provides the Taliban with photos and fingerprints of Afghans who supported or assisted American soldiers, and those Afghans now face deadly reprisal.

Our nation needs competent national security leaders. For our troops, our allies, and our citizens abroad, the incompetence of President Biden and his national security team is far more than a headline on the evening news. The lives of millions depend upon the ability of our leaders to look past the broken discourse of the mainstream media and make smart military decisions.

As Americans look ahead to the next round of national elections, remember that your vote is more than just a vote for “Team Red” or “Team Blue.” Your vote has a life-changing global impact.

What You Need to Know is the immigration invasion is a problem. In the United Kingdom, an Islamic terrorist killed a member of Parliament this past … END_OF_DOCUMENT_TOKEN_TO_BE_REPLACED

Phyllis Schlafly Eagles · October 18 | The Summer Soldiers of Globalism Biden seems to have timed his pullout from Afghanistan, not to minimize … END_OF_DOCUMENT_TOKEN_TO_BE_REPLACED

What You Need to Know is finally someone has been tough on China! That person is President Donald Trump, he has really turned the American people's … END_OF_DOCUMENT_TOKEN_TO_BE_REPLACED

Biden’s Plan to Buy Votes  As the midterm elections fast approach, Democrats have lost a key demographic that they relied on in 2020: … END_OF_DOCUMENT_TOKEN_TO_BE_REPLACED

What You Need to Know is American drug overdose deaths hit a new record. We are up to 107,000 Americans who have died in the last year because of … END_OF_DOCUMENT_TOKEN_TO_BE_REPLACED

Phyllis Schlafly Eagles · May 5 | How Effective Is Social Justice Military Recruitment? As Covid subsides, the tyranny that exploited it continues. … END_OF_DOCUMENT_TOKEN_TO_BE_REPLACED

What You Need to Know about where we are as a nation! Armstrong Williams joins the ProAmericaReport today to help give today’s WYNK. Armstrong is a … END_OF_DOCUMENT_TOKEN_TO_BE_REPLACED

“He was definitely into video games - shooter games,” a classmate observed about the Buffalo grocery-store mass murderer. A British tabloid reported … END_OF_DOCUMENT_TOKEN_TO_BE_REPLACED