First question: What is the principal export product of Brazil? If your answer was coffee, you are wrong. All the geography books and encyclopedias are now obsolete. This year, coffee dropped to second place b hind the giant Brazilian crop of soybeans.

Second question: How did Brazil happen to become such a formid­ able competitor of the United States in the soybean market which our country has dominated for years? The answer is that this is just one of the incidental costs of the Kissinger policy of detente with world Communism.

Back in 1972, President Nixon and Henry Kissinger made a much­ publicized trip to visit Mao Tse-tung and Chou En-lai. As part of this opening to Red China, which was billed as one of the major ac­complishments of the Nixon Administration, it was decided that we should sell Mao more than a million bushels of our soybeans.

There was just one problem. Our soybean crop was already contracted for. So, the Nixon-Kissinger Administration slapped a ceiling on exports, thereby sharply reducing soybean shipments to our best cash customer, Japan. Soybeans have been solid money-makers for the U.S. farmer for a long time.

The old adage of business success, “the customer is always right,” gave way to the Kissinger policy that all other values must be sub­ ordinated to the goal of detente with the Communists — even to the extent of cutting off a friendly customer who pays his bills in order to curry favor with an uncertain enemy who has practically nothing to sell and cannot pay cash. Our nation·’s image as a reliable trad­ ing partner became highly suspect.

Unable to grow enough food to feed their own people, the Japanese are virtually dependent on large imports of soybeans. This wonder crop, which has more protein than beef, more calcium than milk, and more lecithin then eggs, is a staple of the Japanese diet. The soybean cutoffs caused something of a food crisis in free Asia.

The Japanese are smart businessmen, and they resolved not to let themselves be caught short again. They made a deal with Brazil. Japanese money, machinery, and know how, and Brazilian acreage, fer­tile soil, and warm climate, forged a natural partnership.

By 1975, the deal paid off handsomely for both Brazil and Japan. But the American farmer has suffered a permanent business loss be­ cause Dr. Kissinger switched Japanese orders to Red China.

Dr. Kissinger has never had any business experience. His life has been divided between teaching and government. He does not appreciate the importance of keeping good cash customers. No Secre­tary of State who was a businessman would exchange prosperous Japan for bankrupt Red China.

What You Need to Know is we have seen the 2022 Democrat playbook, and it’s very effective. What we can learn from the California Recall is: 1) … END_OF_DOCUMENT_TOKEN_TO_BE_REPLACED

What You Need to Know is There's a Crisis of Accountability in American leadership. Antony Blinken is testifying before House and Senate today and … END_OF_DOCUMENT_TOKEN_TO_BE_REPLACED

What You Need to Know is Never Forget! 9-11-2001 proved American exceptionalism. The stories that were told of the conduct from that day were … END_OF_DOCUMENT_TOKEN_TO_BE_REPLACED

What You Need to Know is Crisis Afghanistan: Day 4. China on the Move — China is now the Belt and Road provider for the Taliban. Biden lessened … END_OF_DOCUMENT_TOKEN_TO_BE_REPLACED 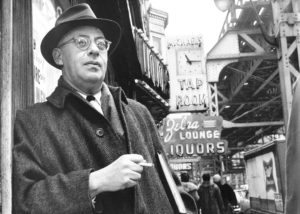 Phyllis Schlafly Eagles · August 31 | The Bigger Plan It might be easy to believe that leftists throw around words like “Nazi,” “racist,” and … END_OF_DOCUMENT_TOKEN_TO_BE_REPLACED

What You Need to Know is there’s an epidemic of fear! One problem we have in this nation is the fear seizing us ... why so much fear?  Because the … END_OF_DOCUMENT_TOKEN_TO_BE_REPLACED

What You Need to Know is Crisis Afghanistan: Day 1. We are at a pivotal point in American history. What do we know? Hundreds of Americans are trapped … END_OF_DOCUMENT_TOKEN_TO_BE_REPLACED

Phyllis Schlafly Eagles · September 21 | Trump Calls Out Betrayer Barr and Others More than $100 million was spent on the Mueller investigation, … END_OF_DOCUMENT_TOKEN_TO_BE_REPLACED