During a week in which the media were obsessed with reporting on a handful of personnel changes among the White House staff, the Trump administration moved forward on several fronts to implement policies the president campaigned on. Here are some welcome actions that you may have missed. 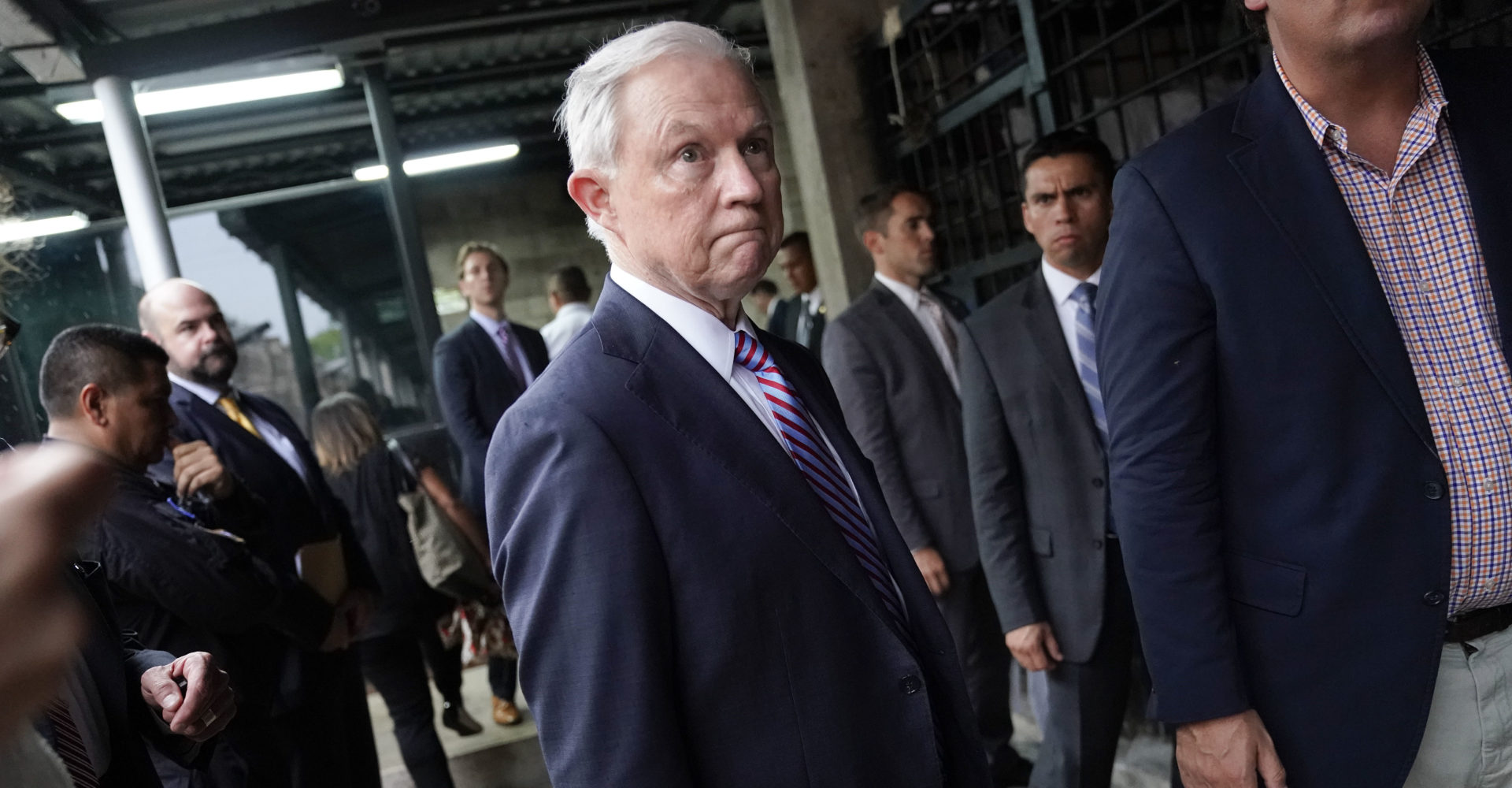 Fulfilling Trump’s promise to crack down on sanctuary cities, Attorney General Jeff Sessions announced exactly how that will be done. The Justice Department awards $380 million annually in grants to local police departments, and at least 10 percent of that money has been going to agencies with sanctuary policies. “No more!” said the Attorney General.

That same evening, the president went to Youngstown, Ohio, one of the areas where Trump attracted the support of thousands of people who had previously voted for Obama.

“American cities should be sanctuaries for law-abiding Americans,” Trump said to the cheering crowd. “The predators and criminal aliens who poison our communities with drugs and prey on innocent young people will find no safe haven anywhere in our country.”

Later in the week, President Trump visited a section of Long Island, NY, where the Salvadoran youth gang called MS-13 has been running wild. “Since January 2016,” Trump said to a crowd of uniformed local police officers, “MS-13 gang members have brutally murdered 17 beautiful young lives in this area on Long Island alone.”

Murder is normally a local issue, but not in this case. MS-13 is a transnational organization almost entirely composed of young citizens of other countries, primarily El Salvador.

MS-13 had been a declining problem until the summer of 2014 when 150,000 unaccompanied alien minors from Central America illegally crossed our southern border. Instead of turning them back to their own countries, Barack Obama treated them as refugees and released them into unsuspecting communities all over the country, including 4,000 to that area of Long Island.

Trump’s speech was predictably protested by groups that advocate amnesty for illegal immigration.

What You Need to Know is Ray Epps was in on it! Who is Ray Epps? Congressman Jamie Raskin gave us the answer after the prompting by Congressman Thomas … END_OF_DOCUMENT_TOKEN_TO_BE_REPLACED

What You Need to Know to Understand is the danger of the Narrative Machine! Read this article from Tablet Magazine to help understand the connection … END_OF_DOCUMENT_TOKEN_TO_BE_REPLACED

The term “sanctuary city” is one of those dishonest terms the Left uses to make their bad policies sound better. Think about the Affordable Care Act. … END_OF_DOCUMENT_TOKEN_TO_BE_REPLACED

What You Need to Know is The Narrative Machine is Obsessed with Trump! First, it used to be called the Trump Exhaustion Syndrome now the left is … END_OF_DOCUMENT_TOKEN_TO_BE_REPLACED

Phyllis Schlafly Eagles · September 20 | LIV Golf Delivers a Hole in One LIV Golf has appeared as the foremost competitor to the PGA, which has led … END_OF_DOCUMENT_TOKEN_TO_BE_REPLACED

Phyllis Schlafly Eagles · September 28 | The Politicization of the School Lunchroom There are all kinds of labels on food these days. You may have … END_OF_DOCUMENT_TOKEN_TO_BE_REPLACED