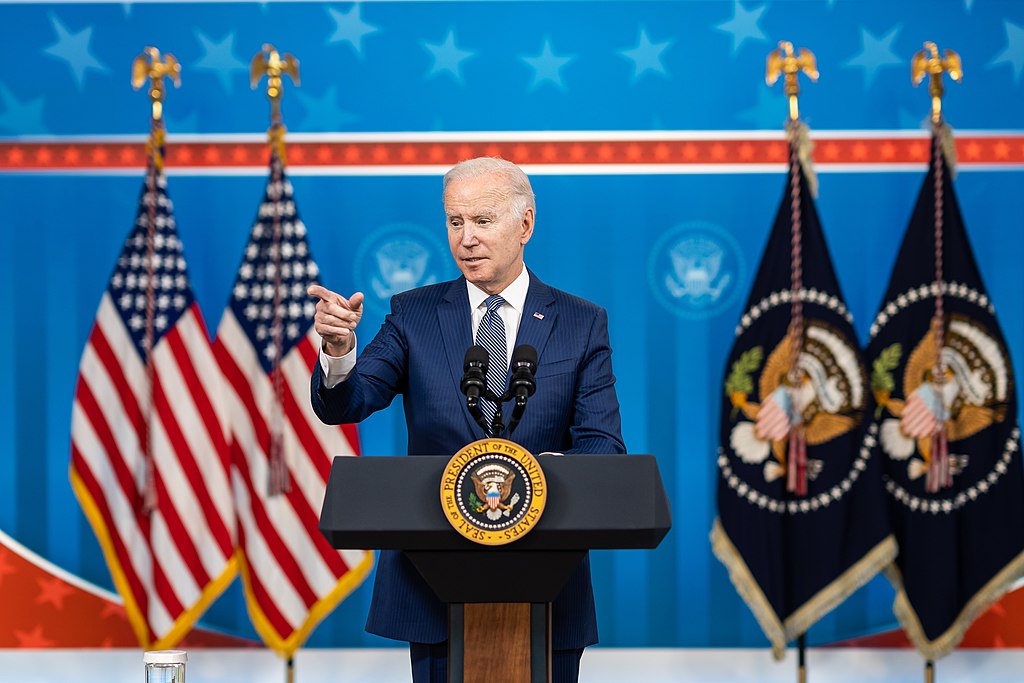 Ephesians 4:14 in the Bible calls for Christians to “be no more children, tossed to and fro, and carried about with every wind of doctrine, by the sleight of men, and cunning craftiness, whereby they lie in wait to deceive.” I can think of no better description for the politicians who run our Federal government. Just like children, they are tossed to and fro by every shiny object that comes their way.

If you don’t believe me, consider how quickly President Biden managed to destroy the American economy in the wake of Russian aggression in Ukraine. Biden banned the importation of Russian oil and other Russian imports, except of course for materials wanted by large corporations such as titanium for Boeing, plus nickel, palladium, and cobalt for the green new deal. The oil ban hurts only the American consumer, not Russia which can easily sell that same oil elsewhere like China or India.

We should be producing our own oil and gas, but Biden rejects tapping into unused oil fields here. Liberal environmentalists demand that Biden continue to block our own energy production, so we will remain dependent on foreign oil until Trump is reelected.

Most Americans would be glad to pay only 10 cents more, but gas prices have surged by $2.00 a gallon since Biden was elected, while the price of diesel fuel is up by $2.50 a gallon. Truckers, farmers, and other hard-working Americans cannot afford to fill up the big rigs they need to produce and deliver the food and supplies that we all depend on every day. Those that frequent the DC Beltway should stop being tossed to and fro by ideas that sound good on the surface, but have hidden disastrous effects on the rest of the nation. We need steady, consistent, conservative action to develop American interests.

Phyllis Schlafly Eagles · December 9 | Are Supporters of America First Scrooges? It’s going to be a long, cold winter in the United States, but … END_OF_DOCUMENT_TOKEN_TO_BE_REPLACED

Phyllis Schlafly Eagles · #WYNK: Documents and Double Standards | January 24, 2023 #ProAmericaReport The following is a transcript from the Pro … END_OF_DOCUMENT_TOKEN_TO_BE_REPLACED

What You Need to Know is a lesson on documents and double standards. Suddenly everyone has classified documents and everyone is spinning the stories … END_OF_DOCUMENT_TOKEN_TO_BE_REPLACED

What You Need to Know is a brief lesson in original classification authority. You can quibble about whether documents were properly declassified or … END_OF_DOCUMENT_TOKEN_TO_BE_REPLACED

What You Need to Know is the Chinese regime may be on the run. After years of their draconian ‘Covid Zero’ policies that brought more terror to an … END_OF_DOCUMENT_TOKEN_TO_BE_REPLACED

What You Need to Know is Mom first! Life begins at conception. But what if the pro-life movement reframed the battle. What if we advertised that life … END_OF_DOCUMENT_TOKEN_TO_BE_REPLACED

For Immediate Release: January 26, 2022Contact: Ryan Hite, Communications Director Solution Staring Us In the Face to Save American Lives: Shut the … END_OF_DOCUMENT_TOKEN_TO_BE_REPLACED