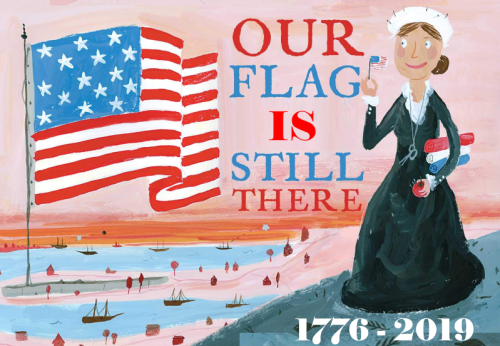 The 4th of July, the birthday of our country, is more than just watermelon, parades, picnics, and fireworks.  It is a time for your family to talk about why Independence Day is significant and what it means to be patriotic.

In a letter from John Adams to his wife Abigail Adams, dated July 3, 1776, John Adams reflects how the 4th of July will be celebrated in the years to come:

“I am apt to believe that it will be celebrated, by succeeding Generations, as the great anniversary Festival. It ought to be commemorated, as the Day of Deliverance by solemn Acts of Devotion to God Almighty. It ought to be solemnized with Pomp and Parade, with Shews, Games, Sports, Guns, Bells, Bonfires and Illuminations from one End of this Continent to the other from this Time forward forever more.”

Even young children can learn that being patriotic means loving, supporting, and defending one’s country using definitions appropriate for young children and toddlers as noted:

As for school age children, this nation’s education system is failing miserably to teach respect for this nation which engenders patriotism.  Love of country must come first, so later in life a child will have a motive strong enough to spur him on to understand her greatness.

Children must be taught that our greatest wars have been fought either to make or keep men free, that our country has always been the first appealed to and the first to respond vigorously and generously to cries for help.  After World II this nation became the greatest victor in history to give up voluntarily our territorial conquests and instead to concentrate on feeding the starving and binding up the wounds of civilization.

Also important is that our children be taught the magnificent, world-changing deeds of George Washington and Abraham Lincoln, Benjamin Franklin and Thomas Jefferson to learn of their vision for this nation and their heroism.

The American history our children should learn also includes the concept so important to our ancestors, that a great portion of this nation was founded and settled for religious reasons.  The Declaration of Independence and our Constitution are based on this idea

To Patrick Henry, to Francis Scott Key, to Nathan Hale, and to Douglas MacArthur American soil was sacred.  Thomas Jefferson, in his letter to William Stephens Smith from Paris, Nov. 13, 1787, reflected that “American soil is watered with the blood of patriots and will be hallowed with the sacrifice of generations of American dead.” American soil is unique in all the world, because among the nations of our planet, it alone has never tolerated tyranny, in any form and under any disguise.

Has this nation changed so greatly that the current generation is no longer capable of loving above all others our own precious land of liberty?

On this July 4th we are facing the preservation of our nation when even patriotism means different things to different people. Our grandparents and great-grandparents would have been highly amused or mildly irritated at the idea of taking patriotism apart to see what makes it tick.  They took their love of country for granted.

Shouldn’t we as Americans likewise display absolute loyalty to our country in relation with other nations; reverence and affection for the great heroes of our American past, and abhorrence of atheistic, dictatorial Communism, which represents all this nation was founded to resist?

On the eve of Independence Day 2019 this nation is faced with its own preservation as conceived and set forth by our Founding Fathers.  Anti-Americanism is now rampant in this nation, as the Democrat Party seems intent on ripping this nation apart and tearing up its Constitution through its proposed policies akin to socialism.   Democrat candidates know no bounds to their advocacy of total government control and are good at sugar coating the evil tenets of socialism to a gullible public.

Criticism has been sharp from Democrat legislators and government watchdogs who say President Donald Trump’s planned display of military tanks and fighter jets to celebrate this nation’s birthday runs counter to the nonpartisan spirit of the celebration.

Is it just coincidental that a new Pew poll released on July 1, 2019 reported that among Democrats only 22% have an extreme pride in country, the group’s lowest in Gallup’s 19 years of measurement, while among Republicans the extremely proud read is 76%?

The following commentary by Michael W. Smith, What happened to the signers of the Declaration of Independence, first published on July 4, 2015, is a reminder of the price  that was paid for our freedom.  Although some of the facts have been questioned for accuracy since its publication, its traditional view should be valued above its historical.

What happened to the signers of the Declaration of Independence?

Have you ever wondered what happened to the 56 men who signed the Declaration of Independence?

Five signers were captured by the British as traitors, and tortured before they died. Twelve had their homes ransacked and burned. Two lost their sons in the revolutionary army, another had two sons captured. Nine of the 56 fought and died from wounds or hardships of the revolutionary war.

They signed and they pledged their lives, their fortunes, and their sacred honor.

What kind of men were they? Twenty-four were lawyers and jurists. Eleven were merchants, nine were farmers and large plantation owners, men of means, well educated. But they signed the Declaration of Independence knowing full well that the penalty would be death if they were captured.

Carter Braxton of Virginia, a wealthy planter and trader, saw his ships swept from the seas by the British Navy. He sold his home and properties to pay his debts, and died in rags.

Thomas McKeam was so hounded by the British that he was forced to move his family almost constantly. He served in the Congress without pay, and his family was kept in hiding. His possessions were taken from him, and poverty was his reward.

Vandals or soldiers or both, looted the properties of Ellery, Clymer, Hall, Walton, Gwinnett, Heyward, Ruttledge, and Middleton.

At the battle of Yorktown, Thomas Nelson Jr., noted that the British General Cornwallis had taken over the Nelson home for his headquarters. The owner quietly urged General George Washington to open fire. The home was destroyed, and Nelson died bankrupt.

Francis Lewis had his home and properties destroyed. The enemy jailed his wife, and she died within a few months.

John Hart was driven from his wife’s bedside as she was dying. Their 13 children fled for their lives. His fields and his gristmill were laid to waste. For more than a year he lived in forests and caves, returning home to find his wife dead and his children vanished. A few weeks later he died from exhaustion and a broken heart. Norris and Livingston suffered similar fates.

Such were the stories and sacrifices of the American Revolution. These were not wild eyed, rabble-rousing ruffians. They were soft-spoken men of means and education. They had security, but they valued liberty more. Standing tall, straight, and unwavering, they pledged: “For the support of this declaration, with firm reliance on the protection of the divine providence, we mutually pledge to each

The 2020 elections will decide the fate of this nation.  Will American voters elect to keep their Constitutional Republic or will they choose the path toward socialism, which has failed wherever and whenever it has been tried across the globe.

Robert Knight, a contributor to the Washington Times, wrote an excellent commentary on July 2, 2019 that deserves your attention: How Socialism Violates All Ten Commandments.

If the path toward Socialism is chosen, this great nation founded on freedom and liberty and as an experiment by our Founding Fathers, will take its place in the dustbin of history as have other great nations in the past.

Socialism is a philosophy of failure, the creed of ignorance, and the gospel of envy, its inherent virtue is the sharing of misery.

Phyllis Schlafly Eagles · May 10 | Politicians Are "Tossed To and Fro" on Energy Policy Ephesians 4:14 in the Bible calls for Christians … END_OF_DOCUMENT_TOKEN_TO_BE_REPLACED

What You Need to Know is the fake news media is lying to you! The mainstream media is really focusing on two stories — 1. Covid. & 2. The abortion … END_OF_DOCUMENT_TOKEN_TO_BE_REPLACED 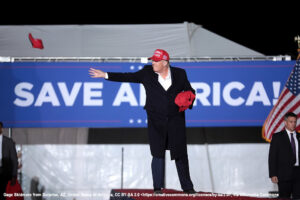 Phyllis Schlafly Eagles · May 3 | Clean Out the Rot At a rally in South Carolina, Donald Trump declared, “We have to clean out the rot of our … END_OF_DOCUMENT_TOKEN_TO_BE_REPLACED

What You Need to Know is the importance of Draining the Swamp! We watched as the Senate had hearings and then confirmed Justice Ketanji Brown Jackson … END_OF_DOCUMENT_TOKEN_TO_BE_REPLACED

What You Need to Know about Hoaxes! Brian Stelter, chief media correspondent for CNN, was recently asked by a college freshman why all these hoaxes, … END_OF_DOCUMENT_TOKEN_TO_BE_REPLACED

For Immediate Release: May 10, 2022Contact: Ryan Hite, Communications Director Concerned Parents Are the Driving Force of Local and Midterm … END_OF_DOCUMENT_TOKEN_TO_BE_REPLACED

Phyllis Schlafly Eagles · May 16 | The Trickle-Down Effect of Bad Policies Good news arrived in the district court of the District of Columbia, … END_OF_DOCUMENT_TOKEN_TO_BE_REPLACED

Phyllis Schlafly Eagles · May 5 | How Effective Is Social Justice Military Recruitment? As Covid subsides, the tyranny that exploited it continues. … END_OF_DOCUMENT_TOKEN_TO_BE_REPLACED

Phyllis Schlafly Eagles · May 4 | Who Sold a Million Books a Year? ** Previously recorded by Phyllis Schlafly // May 2015 ** Any modern author … END_OF_DOCUMENT_TOKEN_TO_BE_REPLACED

Biden’s Plan to Buy Votes  As the midterm elections fast approach, Democrats have lost a key demographic that they relied on in 2020: … END_OF_DOCUMENT_TOKEN_TO_BE_REPLACED

For Immediate Release: May 16, 2022Contact: Ryan Hite, Communications Director The Power of Grassroots Is Surging and Winning All Across the … END_OF_DOCUMENT_TOKEN_TO_BE_REPLACED