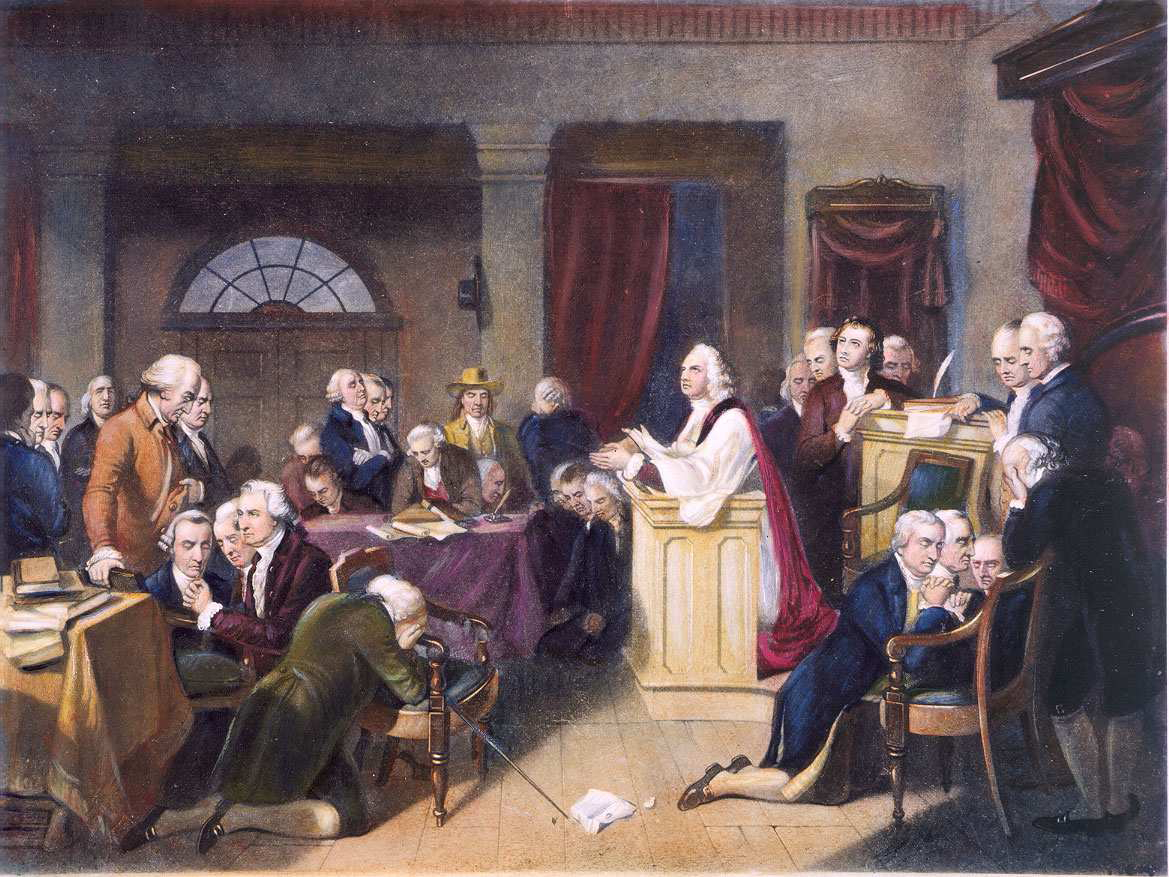 The chief reason why the liberals have been able to spread the lie that the U.S. Constitution requires separation of church and state is that the last two generations of Americans were not taught anything in public school about our religious heritage. Here are a few quotes from our early history.

William Bradford, Governor of the Plymouth colony, wrote that the mission of the Pilgrims was to “Advance the gospel and kingdom of Christ in the remote parts of the world.”

Christopher Columbus wrote: “It was the Lord who put into my mind the fact that it would be possible to sail to the Indies… [The] inspiration [came] from the Holy Spirit, because he comforted me with rays of marvelous inspiration from the Holy Scriptures.” In 1607 when the settlers landed in Jamestown, Virginia, the first thing they did was to plant a cross and claim the land for Jesus Christ. William Bradford, Governor of the Plymouth colony, wrote that the mission of the Pilgrims was to “Advance the gospel and kingdom of Christ in the remote parts of the world.” The Pilgrims signed the document known as the Mayflower Compact. It was made not with each other, but with God Almighty. The document began with the words, “In the name of God, Amen.”

The Northwest Ordinance, enacted by Congress in 1789, required that all schools be instituted for the purpose of teaching religion. It stated: “Religion, morality, and knowledge, being necessary to good government and the happiness of mankind, schools and the means of education shall forever be encouraged.” George Washington’s famous Farewell Address warned us to never forget that the United States cannot be maintained without the indispensable supports of morality and religion. Benjamin Franklin at the Constitutional Convention said: “I have lived long, sir, and the longer I live the more convincing proofs I see of this truth — that God governs in the affairs of men.”

If your child is in public school, ask him if he was ever told any of these important facts of our American history.

What You Need to Know is balloons in our hemisphere. As the Chinese weather balloon (read: spy balloon) passes over America, it’s a great time to … END_OF_DOCUMENT_TOKEN_TO_BE_REPLACED

Phyllis Schlafly Eagles · #WYNK: Balloons in Our Hemisphere | February 3, 2023 #ProAmericaReport The following is a transcript from the Pro America … END_OF_DOCUMENT_TOKEN_TO_BE_REPLACED

What You Need to Know is we are in a proxy war with Russia. Until now, we’ve been able to at least try to say we have given Ukraine defense weapons … END_OF_DOCUMENT_TOKEN_TO_BE_REPLACED

What You Need to Know is Ours is a Religious Nation. Phyllis Schlafly reminded us of this plain fact in her column on Christmas Eve 1982. Our founders … END_OF_DOCUMENT_TOKEN_TO_BE_REPLACED

Phyllis Schlafly Eagles · February 8 | Leftist Hollywood's Downward Spiral Looking back on 2022, it is plain to see that Democrat-dominated … END_OF_DOCUMENT_TOKEN_TO_BE_REPLACED