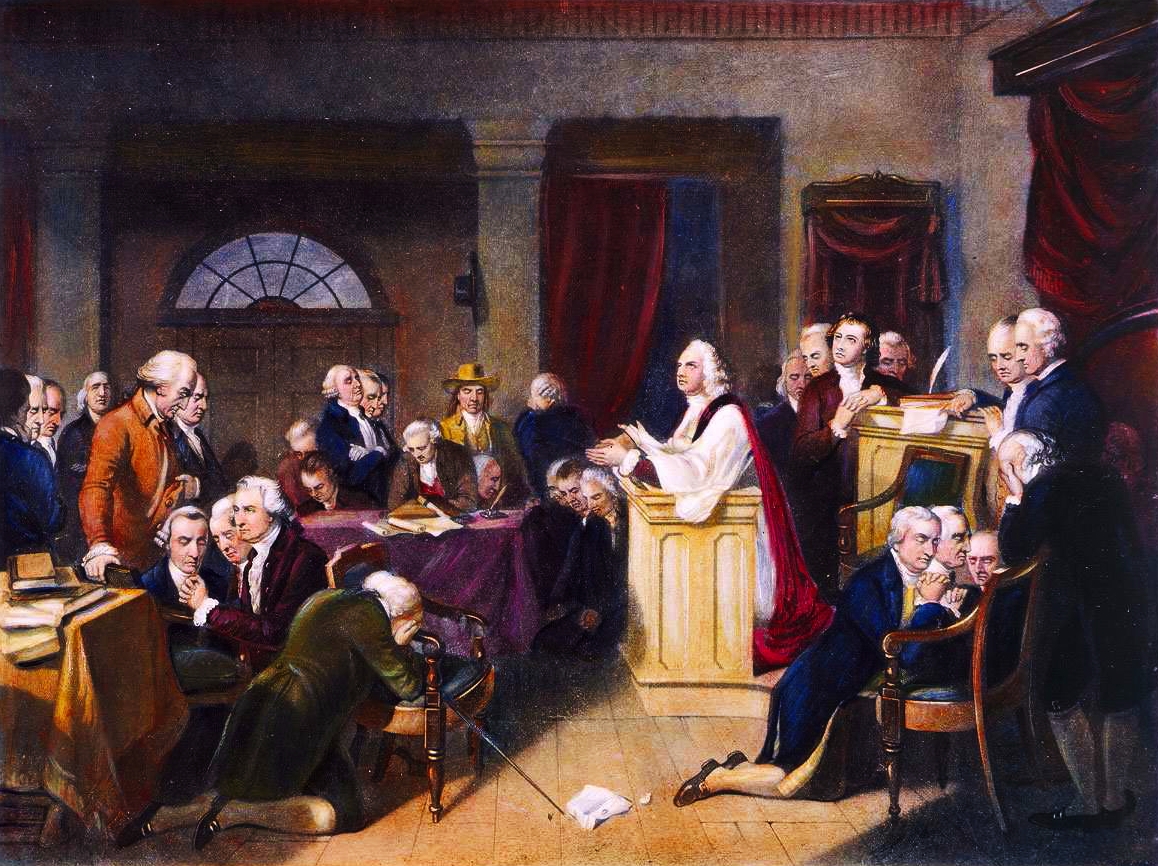 The founders of the first American colonies were believing Christians, mostly from England plus a few other countries in Western Europe, most of whom came here for religious reasons, to worship in a place free from persecution. The Puritan colonies of Massachusetts and Connecticut had governing systems explicitly based on Biblical teaching and they had many laws with a religious purpose. In 1619, Virginia adopted measures requiring church attendance. All the original 13 colonies in the 1770s had laws mandating official support for religious belief and practice, and nine states had established churches. The established churches were mostly Congregational in New England states and Episcopal in southern states.

Even after the U.S. Constitution and the First Amendment were ratified, the states had a network of religious requirements, and Congress adopted many bills to promote religious causes. Congress appropriated money to teach Christianity to the Indians, and adopted the Northwest Ordinance whose specific purpose was to advance "religion and morality." Congress ordered the printing of the first English-language Bible printed in America. Congress approved chaplains and religious services for our soldiers. After our new government was set up under the U.S. Constitution, Congress called on all citizens to a day of Thanksgiving in these words: "We acknowledge with grateful hearts the many signal favors of Almighty God, especially by affording [us] an opportunity peacefully to establish a constitutional government for [our] safety and happiness."

History tells us that the American nation was founded as a place where God was worshipped, the Bible honored, and the tenets of the Christian faith routinely supported by federal, state and local governments.

What You Need to Know is the media is finally reporting on the Southern Border! Governor Ron DeSantis and Governor Greg Abbott are forcing the media … END_OF_DOCUMENT_TOKEN_TO_BE_REPLACED

What You Need to Know about Priorities & America First. Phyllis Schlafly would give awards to significant people in her life. On these awards … END_OF_DOCUMENT_TOKEN_TO_BE_REPLACED