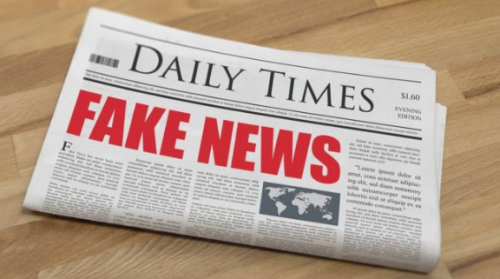 The enemy of “We The People” really is the mainstream media.  They will manufacture a train wreck if they can’t find a real one. As such, headlines are powerful weapons.  Headlines changes the way people read an article and the way they remember it.

Psychologists have long known that first impressions really do matter—what we see, hear, feel, or experience in our first encounter influences the way we process the rest of it.  By drawing attention to certain details or facts, a headline can affect what existing knowledge is activated in your head.

Even so, media malpractice is allowed to flourish with free reign to target and destroy anyone they wish to. The US Constitution guarantees a free press, which can be extrapolated to include all news media – TV, radio, the web, etc.  But what rights does the First Amendment actually guarantee?  Primarily, press freedom means the news media are not subject to censorship by the government. In other words, the government does not have the right to try to control or block certain things from being published by the press.

Below are some of the many Fake Headlines (and fake news):

The top 1% pay 40% of the taxes. The top 10% pay 80% or more. In order to benefit from tax reductions, you have to actually pay taxes, and over 50% of US residents pay no income tax. While the dollar amount of benefits to the wealthy and large corporations are large, they are proportionately less than that of the middle class. Furthermore, their benefits create jobs, and more people who pay taxes and buy things.

Trump is a deal-maker. You don’t preface making deals by insulting (or demonizing) your opponent. Kim will negotiate only if he feels the US won’t try to depose him by force of arms.

90% of drugs are INTERCEPTED at the borders. This constitutes only a small fraction of drugs smuggled into this country.

Compared to over a million illegal immigrants in 2000, yes. Illegal immigration dropped by half when Trump was elected from Obama years. 650,000 in 2017 compared to 635,000 in 2018 is not exactly a precipitous drop. Those are the ones we caught. Who knows how many escape detection (estimated at 25% to 35%)

They’re about equal, 600K. There are 700K overstays, but many are resolved quickly. By government estimates, there are about 770,000 illegal entrants. Visa overstays are LEGAL entrants.

There are an estimated 25M illegal residents in the US. Only about 4M file taxes. Many of those claim dependents who do not reside in the US, up to 20 at a time, costing the US billions of dollars.  Asking about citizenship on census forms will suppress responses
They don’t respond now. The Census agency estimates the reportage at about 25%, and adjusts the total accordingly to grant more benefits to states and cities with a high illegal population.

Only if it increases the GDP. Spending money on roads and workers alone is like digging one hole to fill another. GDP was flat from 2008 to 2016, then jumped the day after the presidential election.

The definition of mass shootings, as used for Leftist propaganda, has been expanded to include every incident where two or more people are shot. Nearly all of these are domestic violence, which even the police are unable to engage. When a child finds a loaded weapon and shoots himself or others, it makes the headlines. Why? Because it is so rare. Most child shootings are done by adults, as in domestic violence. About 16 or so toddlers shoot themselves. It’s a large country, and children, unfortunately, die by mishap. About 30 toddlers a year drown in mop buckets, wading pools and toilets. A twelve-year-old who takes a parent’s gun and shoots someone is not quite the same. When convenient, anyone under 18 is a “child” for the purpose of a salacious headline. Maybe we need rules against open containers of water.

The lawsuits ought to be laughed out of court, even in the Ninth Circuit. Presidents have declared 58 national emergencies since 1976, when Congress gave the president that power, and 31 of them are still in effect.  Never before has a judge tried to second-guess a president’s declaration that a national emergency exists, and no court should be allowed to enter those uncharted waters now. Congress gave that power to the president with no limit on the reasons for which an emergency can be declared.

Climate may be changing (it’s too early to tell, since the data is continually “adjusted” to meet the predictions, not the facts). There have been wide swings in global temperature and local precipitation every 200 years or so since antiquity. Egypt was green in the time of the pyramids, and so was the Sahara 5000 years ago. Temperatures in the Northern Hemisphere were up to 10 degrees below “normal” from the mid-16th century until the Civil War in the “Little Ice Age. One thing is certain; whichever way nature heads, it will take energy to survive – heating, cooling, crop maintenance, or even pumps and levees to keep NYC and DC dry. The so-called “Green New Deal’ is designed to demolish the energy infrastructure. What then … back to “The Flintstones?”

So, just who are we?  Well for openers, we grant foreign invaders any number of advantages over American citizens; we don’t execute murderers, rapists and child molesters, but we kill babies by the tens of millions, leaving the life or death decisions up to women and doctors who violate their Hippocratic oaths every time

The 25th Amendment, which was added in the 1960s, mandates that a sitting president must be incapacitated, such as suffering from a traumatic brain injury.  Our Founding Fathers wisely set up an executive branch to prevent such coup attempts from happening, as with the now Deep Staters who believe it’s their patriotic duty to fight and remove Trump from office.

Vowing to launch a grassroots movement that will “lay the groundwork for transforming the economic and political life of this country, whereas Lenin, Stalin, Hitler, Mao, Pol Pot, Castro, Chavez and Maduro, all knew exactly what they were doing, people like Bernie Sanders, Elizabeth Warren and Alexandria Ocasio-Cortez are “useful idiots”, as defined by Vladimir Lenin, but the end result is always the same: poverty, slavery and death.

It should make heads spin that a 29-year-old ditz who appears to be coming up on her 15th birthday could receive so few votes and still be regarded as the leading light of a major political party, whereas Trump, who captured well over 60 million votes, can’t even count on members of his own miserable party to move his agenda forward.  So few people cared about the election that even though AOC only received 16.898 votes, it was enough to bury Crowley, who only managed to eke out 12,880.

To the media it meant watching cartoons on TV while devouring Twinkies. You’d think that the chattering class at CNN and MSNBC would be relieved to think he doesn’t devote 24/7 to singlehandedly destroying the planet.  But you can never make some people happy, and when they’re people like Chuck Schumer, Nancy Pelosi, Cory Booker, Bernie Sanders, Mark Warner, Adam Schiff and Rachel Maddow, you shouldn’t even try.

Mueller’s team and all involved in the investigation are “unelected” and they “took it upon themselves to overthrow the election results of 2016.  These guys ought to be the ones in jail. What’s being ignored is “the potential real collusion and conspiracy between Democrats and Russians to undermine the Trump candidacy and the Trump presidency.

Phyllis Schlafly Eagles · February 8 | Leftist Hollywood's Downward Spiral Looking back on 2022, it is plain to see that Democrat-dominated … END_OF_DOCUMENT_TOKEN_TO_BE_REPLACED

What You Need to Know is Tucker is allowing the will of the people to be heard! When a huge block of Republicans and so-called conservatives are … END_OF_DOCUMENT_TOKEN_TO_BE_REPLACED

The Deep State in Washington, D.C. just offered to debrief Trump Administration officials about the hot air balloons that have invaded our airspace … END_OF_DOCUMENT_TOKEN_TO_BE_REPLACED