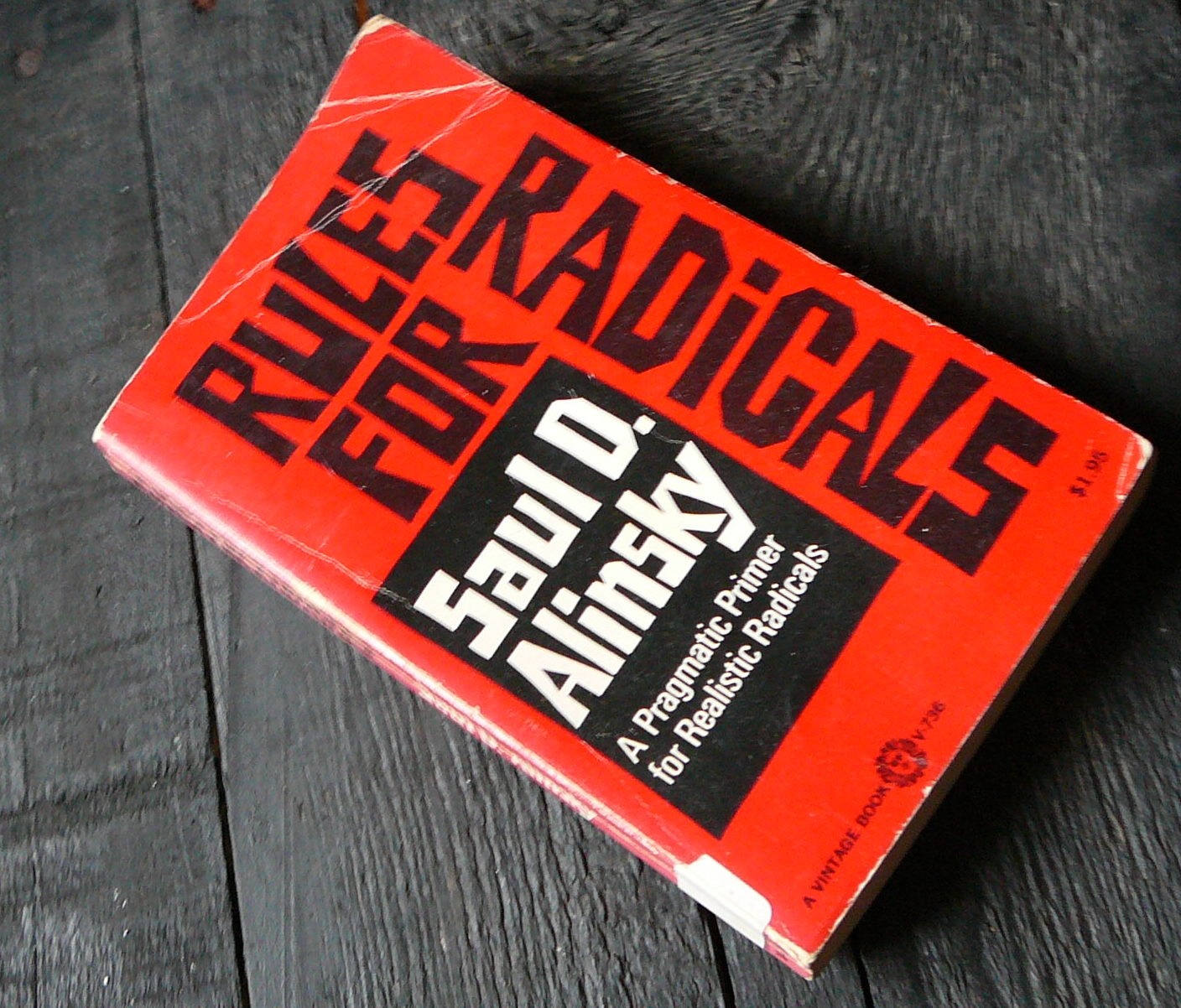 Today I want to tell you more about the rules and tactics developed by a famous Chicago radical named Saul Alinsky who had a big influence on Barack Obama in his early years. We don’t need to guess about Saul Alinsky’s tactics and goals because he laid them all out in a book called Rules For Radicals.

Saul Alinsky’s favorite word was “Change,” which he used on page after page of his book. “I will argue,” he wrote, “that man’s hopes lie in the acceptance of the great law of change.” What he called “change” meant massive change in our socio­ economic structure. What he called “organizing” meant pursuing confrontational political tactics. He called this “a science of revolution.”

To achieve his goals, Saul Alinsky sought local community organizers who projected change and confidence. Barack Obama fit the profile. Alinsky attracted radicals who were prepared to take bold action to organize the discontented, precipitate crises, grab power, and thereby transform society. The job of the organizer was to “rub raw the resentments of the people … [and] stir up dissatisfaction and discontent.” Alinsky taught his organizers how to infiltrate existing institutions such as churches, unions and political parties, gain influence in them, and then introduce change. Alinsky trained his community organizers to adopt a “middle-class identity” and familiarity with their “values,” and then infiltrate middle class organizations such as PTAs, League of Women Voters, consumer groups, churches, and clubs. Alinsky boasted that, “… our activists and radicals are products of and rebels against our middle-class society. Our rebels have contemptuously rejected the values and way of life of the middle class.”

It’s important for Americans to know that President Barack Obama learned how to organize politically from the Chicago-based organizer, Saul Alinsky, who explained all his tactics in his book called Rules For Radicals.

Phyllis Schlafly Eagles · November 8 | Can Your Vote Make A Difference? On this Election Day, it had been my intention to tell you the story of a … END_OF_DOCUMENT_TOKEN_TO_BE_REPLACED

Phyllis Schlafly Eagles · October 27 | Teddy Roosevelt: The Man in the Arena Theodore Roosevelt is known for many things. He is known for being the … END_OF_DOCUMENT_TOKEN_TO_BE_REPLACED

Phyllis Schlafly Eagles · December 2 | The Past, Present, and Future of the War on Christmas Haul out the holly and bring out the boxing gloves. … END_OF_DOCUMENT_TOKEN_TO_BE_REPLACED