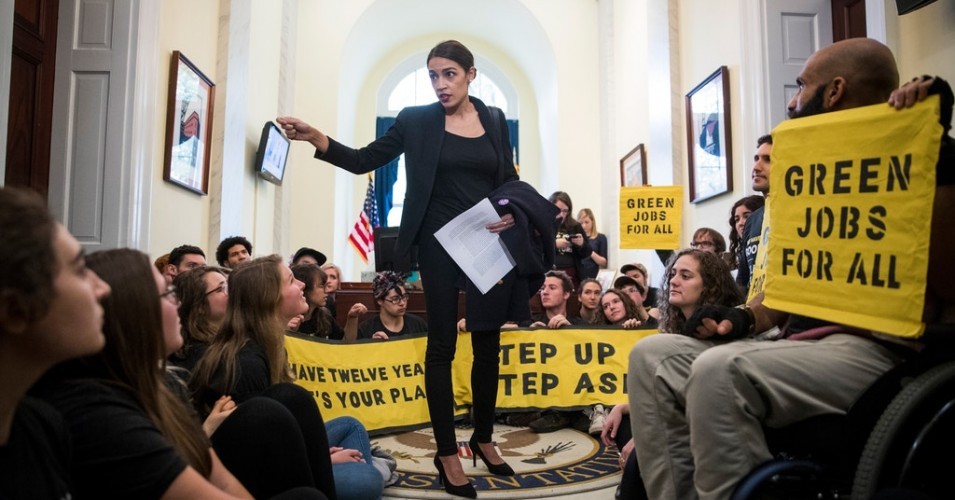 The far Left is taking over the Democratic Party, and they won’t stop until they have created a repeat of their landslide defeat in the 1972 presidential election. In ’72, a vulnerable Richard Nixon trounced the liberal George McGovern because of his open embrace of leftist principles. This time, it looks like the dirty word is “Green New Deal,” and the Democrats cannot wait to embrace it. The radical “Green New Deal” illustrates how the so-called progressives – which is actually a euphemism for socialists – are driving the agenda for Democrats today.

The Green New Deal scheme tries to convert nearly all of our energy to wind, water, and solar power within a decade. To put that in context, right now only about 10% of our energy needs are met by the inefficient wind and solar resources.

President Trump was quick to mock this loony plan. In front of a massive crowd of supporters in El Paso, Trump declared that “I really don’t like their policy of taking away your car, of taking away your airplane rights, of ‘let’s hop a train to California,’ of you’re not allowed to own cows anymore!” With classic Trump wit, he added that “it would shut down a little thing called air travel. How do you take a train to Europe?”

He could have added that the Green New Deal will take away many American jobs by hindering economic growth. Wind and solar power are more expensive than energy based on traditional fossil fuels, such as coal and oil. These higher costs limit economic growth.

To everyday Americans like you and me, the idea of doing everything outlined in the Democrats’ Green New Deal is somewhere between ridiculous and laughable. However, to the swamp creatures in Washington, D.C. who only care about what the other politicians and lobbyists think, this sounds like a great idea. That is why it is so important that we make our voices heard by standing up against the Green New Deal. The crazies on the Left have given us a golden opportunity to expose their out-of-touch callousness. Let’s not stop until they cannot hide behind their lies any more.

What You Need to Know is the Qatar-Europe NGO scandal continues! These global schemes with millions of dollars flowing through non-government … END_OF_DOCUMENT_TOKEN_TO_BE_REPLACED

What You Need to Know is a brief lesson in original classification authority. You can quibble about whether documents were properly declassified or … END_OF_DOCUMENT_TOKEN_TO_BE_REPLACED

What You Need to Know is the Chinese regime may be on the run. After years of their draconian ‘Covid Zero’ policies that brought more terror to an … END_OF_DOCUMENT_TOKEN_TO_BE_REPLACED